Tumbbad, one of the best horror films of the Indian film industry has some amazing facts attached to it which you probably are't aware of. Read along to find out. 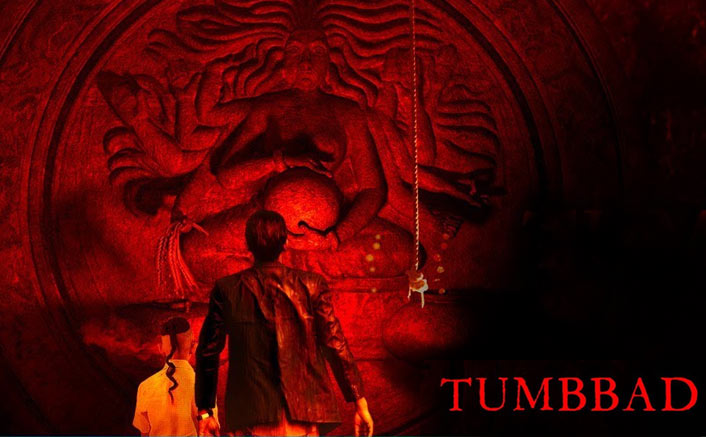 The Bollywood movie, Tumbbad, released in 2018 is a period horror film that is set directed by Rahi Anil Baarve. It is said to be one of the best horror films of the Indian Cinema. Set in colonial India, the story is a thrilling representation of greed and how it consumes people’s sanity, virtues and even lives. Hastar, the monster could be thought of as an embodiment of grief itself.

Though the film is a highly acclaimed piece of work, yet there is more to it for you to know.

So, today we at TSA present to you 10 amazing facts about Tumbbad that you probably didn’t know.

1. There is no mention of any figure called Hastar in Indian mythology.

Hastar as the child of the goddess of prosperity and the embodiment of greed, worshipping whom would land one in an eternal cycle of greed finds no mention what so ever in Hindu mythology, just as the film claims that he will never be worshipped.

Well, if Hastar is not to be found in Indian Mythology, is he entirely a product of the writers’ imagination? Not entirely! The legend of Tumbbad finds a parallel in Greek Mythology. The Titans precursors of the Olympians were the offsprings of Gaia, the Greek Mother figure, who can be thought of as a parallel to the goddess of prosperity. Cornus the leader of the Titan was brought down by Zeus his own sun just as Hastar was brought down by his siblings.

You see all the perpetual pouring down of the heavens in Tumbbad? Tumbbad is supposed to be cursed since the Konkanastha family worships the Hastar, a deity turned devil who is forbidden to be worshipped by the gods, and hence, there it is, perpetually raining in Tumbbad! The interesting fact is that the rains which are shown on-screen are all real which boosts the authenticity of the storytelling.

4. It took 4 monsoons to shoot the film.

Since only real rains were used to represent the curse of perpetual rains in Tumbbad, it took 4 monsoons to capture the everlasting downpour in the film.

5. The movie was dubbed about 4 times.

All the rain shown on screen wasn’t easy to shoot with. The rain would mask all the other sounds, and therefore whatever was said in the rain was lost, therefore it had to be dubbed several times. Another reason for the repeated dubbing was that Sohum Shah wished to perfect his Marathi accent.

6. Tumbbad was the first Indian film to be screened at the Critics’ Week section of the 75th Venice International Film Festival.

Danish sound designer, Jesper Kyd composed the background score for Tumbbad who is known for composing scores for Assassin’s Creed franchise among other videos games.

8. There’s a real legend of a treasure in Tumbbad.

The residents of the real village of Tumbbad believe that a primordial treasure is hidden underground in an important area of the village. And the makers of the film decided to shoot the film in the exact same location.

9. Tumbbad’s shooting locations include some caves which weren’t visited by anyone for at least a hundred years.

10. The climax scene of the movie which projects a scene in the womb was shot using only a single source of light which was an oil lamp.

11. Rahi Anil Baarve wrote Tumbbad when he was 18 years old.

So, these were the amazing facts about the Indian Horror film, Tumbbad. Did you know any of these facts already? If yes, then let us know in the comments section below. And if you haven’t watched the film, then you can watch it now. It’s available on Amazon Prime.

Also, tell us if we have missed any interesting facts about the film. And keep checking our entertainment section for more such content.
Also Read: 20 Most Badass Dialogues From Suits

Eminem: Journey from a tough childhood to becoming Rap God