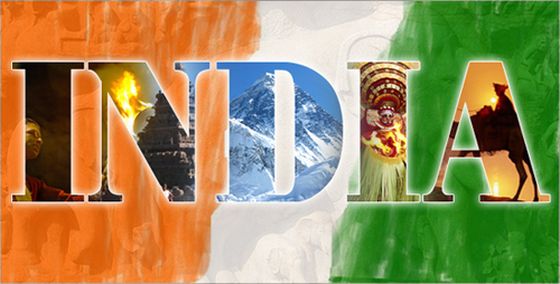 Did you know that Indian Rupee was equal to a dollar at the time of Independence? Read along to know more such unknown facts about Indian Independence…

This Independence Day, let’s discover more about our country and the story of our Independence.

But the appointment of the new Viceroy Lord Mountbatten in February 1947 changed everything. Jinnah’s insistence on partition led to the advancement of the date by almost a year. Lord Mountbatten decided the date in a historic meeting on June 13. It is said that he had decided this particular date as it commemorated the second anniversary of the Japanese surrender to the Allied forces at the end of WWII and thus believed it to be a lucky date and hoped that the widespread turmoil would thus seize to exist.

2. Pakistan’s Independence Day was supposed to be on the same day as India.

Yes, it was supposed to be on 15th  August with India itself, but Lord Mountbatten being the last Viceroy of undivided India had to be present in the ceremonies of both the countries in Delhi and Karachi respectively. As a result, the Independence Day of Pakistan was shifted to a day before India’s that is, 14th August.

3. Do you know which countries share their Independence Day with India?

4. India had No National Anthem on our First Independence Day.

5. Do you know where our National Flag came from?

The present National Flag is based on the Swaraj Flag which was initially the flag of the Indian Congress. It was designed in 1921 by Pingali Venkayya who was a freedom fighter and revolutionary agriculturist from the port city of Machilipatnam. The saffron and green colors represent the two prominent communities of our country and the idea of a white strip in between them was given by Mahatma Gandhi. It was unfurled for the first time on August 7, 1906, in Parsee Began Square in Kolkata.

6. Not anyone can produce the National Flag of India.

Only the Khadi Development and village industries have the license to produce and/or supply the national flag.

7.  Mahatma Gandhi didn’t participate in the celebrations of our first Independence Day.

He didn’t take part in any events as he was fasting at that time in Bengal; as a part of protests against Hindu-Muslim riots which followed the partition.

8. Jawaharlal Nehru was not elected as the first Prime Minister of India.

Sardar Vallabhbhai Patel had won the elections for being the Prime Minister earlier. But because Nehru didn’t want to play as the second command and mainly as Mahatma Gandhi had a soft spot for him, Sardar Patel was pulled down and Nehru was elected the first PM. Imagine how different the political dimensions of our country could have been, had he been elected the Prime Minister!

Yes, he had featured in the popular Vogue Magazine, wearing his traditional coat and single-breasted jacket which became a Fashion Trend in the West later and was popularly called ‘Nehru Cut’ Jacket there and is called ‘Jawahar Cut’ commonly in Indian households.

10. Mahatma Gandhi wanted the Congress Party to disperse after Independence.

The Indian National Congress Party was formed in 1885 as an organization mainly to unite the people fighting for a common cause that is, against the British Rule. As we gained Independence, Gandhiji wanted it to be disbanded as the objective to attain freedom had been achieved.

11. Over 560 Princely States became a part of the Indian Union after Independence.

Goa was a Portuguese state earlier and as you would know Sardar Vallabhbhai Patel worked arduously and convinced all the states to be a part of India. Hyderabad was the last state to become part of India.

12. Do you know who named the border between India and Pakistan?

It was Sir Cyril Radcliffe after whom is named as well. Even though he had never visited India, he was assigned to do such a historic task of the division of our country.

13. India has the largest democracy in the world.

India has a population of more than 1.33 Billion which is far more than the entire Western Hemisphere of Earth. 70% of all spices in the world come from India. There are more smartphones in India than there are toilets.

14. Indian Rupee was equal to a dollar at the time of Independence.

We know Indian households are the greatest gold holders world over but did you know that it is far more than the reserves of Switzerland, Germany, the IMF, and the US combined!