Salman Khan’s starring Wanted had some of the best dialogues of its era. These 23 famous dialogues of wanted were loved by everyone 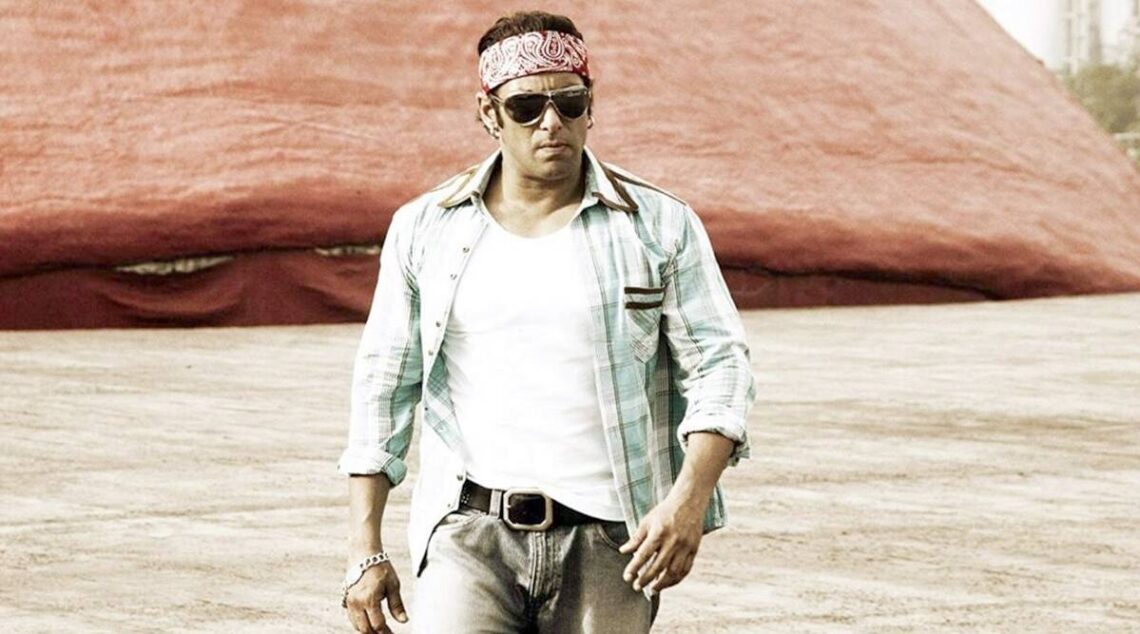 Wanted is a 2009 Bollywood Hindi-language action thriller directed by Prabhu Deva. The film stars Salman Khan, Ayesha Takia, and Prakash Raj and is an official Hindi remake of the Telugu film Pokiri. Supporting roles are played by Vinod Khanna, Mahesh Manjrekar, and Inder Kumar. In this article, we are going to discuss 30 of the famous dialogues of wanted.

Prabhu Deva, Govinda, and Anil Kapoor all had guest appearances in the film. Nirav Shah was in charge of cinematography, while Dilip Deo was in charge of editing. The soundtracks were developed by Sajid-Wajid, while the background music was composed by Salim-Sulaiman.

The album received mixed to negative reviews from critics, with certain tracks garnering rave reviews. The songs “Jalwa,” “Love Me Love Me,” and “Le Le Maza Le” were also fan favorites. The movie was a sensation among youngsters at that time. Salman Khan had some good dialogue in the movie.

The film Wanted is set in Mumbai and follows a gangster, Radhe who is willing to kill for money. His assassination habits attract the attention of two rival gangs, one of which he joins and helps in the killing of enemies.

On the other hand, he is attempting to protect his fiancée from a dishonest officer who wishes to marry her without her choice, despite her disapproval of his aggressive behavior. We have curated a list of the 30 famous dialogues of wanted below.

A Little about the Pot of the Wanted Movie

Gani Bhai, an international don who travels to India with the intention of killing, hires Radhe. The gang of Gani Bhai is based outside of India. Golden Bhai is the gang boss of Gani Bhai’s gang. The gangs of Datta Pawle and Gani Bhai are fighting for control of Mumbai.

As a result, Mumbai Commissioner Ashraf Taufiq Khan decides to make the city crime-free. He detains Gani Bhai, who makes several failed attempts to approach Radhe. Ashraf is blackmailed into releasing Gani Bhai when his men kidnap his daughter and broadcast an obscene video of her online.

His daughter reveals a mission involving an IPS officer, Rajveer Singh Shekhawat, who was under the influence of narcotics when he murdered Gani Bhai. Gani Bhai mistakes Ajay, Rajveer’s adoptive brother, for Rajveer Shekhawat and murders him.

Shrikant is forced to reveal Rajveer’s true identity by Gani Bhai, who realizes his mistake. Shrikant is murdered by Gani Bhai because he refuses to tell him the truth. Radhe later revealed to be Rajveer Shekhawat, arrives at his father’s death site.

Radhe is enraged and resolves to avenge the deaths of his father and brother. By threatening Talpade, he locates Gani Bhai. After a long battle, Radhe succeeds in saving Ashraf’s daughter and murdering both Gani Bhai and his co-conspirator Talpade.

Check out our list of the 23 most famous dialogues of wanted:

On September 18, 2009, the film was released to largely positive reviews, with applause for the action scenes, humor, and lead cast performances. It was a financial success, collecting almost 94 crores and becoming one of the year’s biggest blockbusters. The film’s dialogues were majorly popular among the teens. Wanted received three IIFA nominations and one Filmfare Award. Salman Khan’s career as an actor was transformed by his performance in this film.

The movie included some of the best dialogue of all time. Some of the famous dialogues of wanted are mentioned above. Thank you for reading this post about the movie Wanted. We hope you like this article. Let us know your feedback in the comment section below. Also, if you think we left any other dialogue from the movie please let us know. We will surely add it to the list.