The second episode of Mismatched shows Namrata and Rishi's tumultuous first day back at the campus. While Namrata is still haunted by the unravelling of her secrets, Rishi finds it hard to accept Dimple and Harsh together. 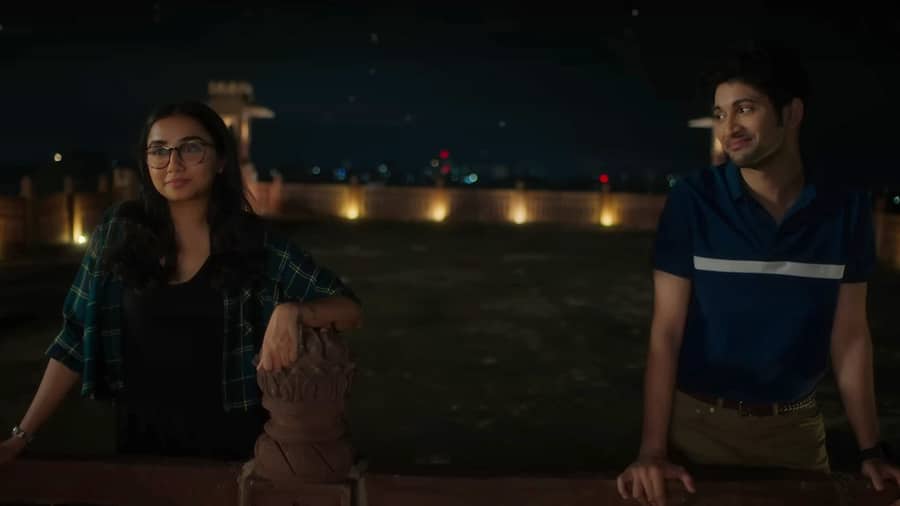 If episode one was setting up our main characters with their potential love interests, this episode is basically about sparking jealousy and making it obvious that all of them are still clinging to their past.

Rishi and Namrata are back on campus- Rishi has seen Harsh and Dimple together on several occasions, giving him the signal he needs to get closer to Sanskriti in the upcoming episodes while Namrata is getting targeted by her classmates who are attacking her like vultures for her gender identity.

However, all of her sorrows disappear soon when Sid Sir introduces a new character in the form of Ayesha Duggirala- an owner of a start-up worth a million who is there to help the tech nerds of Aravalli Institute to develop their apps.

Suddenly, Celina is unable to digest that there might develop a connection between Ayesha and Namrata. She is almost in the denial phase where she is unable to accept the fact she might not be “straight” like everyone else, which for her is considered to be “normal.”

Anmol has been sent to a counselor for his anger issues. Honestly, his conversations with the counselor are much closer to reality than the crafted plot of forced love stories that take place in this season. His character is one of the most realistic, bold, controversial, and multi-layered.

You can’t help but wonder that the hate he carries for the world may just be a reflection of the turbulence inside him as a young teen who was once the champ in his school, being the leader of the football team, is now stuck to a wheelchair and could not even get up from his bed without someone’s help.

Another character whose issues are relatable is Simran Malhotra- who is seen having trouble with her body image. To increase her insecurities, she is gifted a dress of “size zero” by her boyfriend, Krish. Simran eventually develops an eating disorder as she cannot fit into the dress although she is already skinny.

She tries to lose weight unaware of the fact that her perfect boyfriend, Krish, is already searching for girls to get intimate with since the two have not slept together yet.

The series has tried to show the pressure faced by girlfriends who may not be ready to get intimate yet but give in due to the fear of losing their boyfriends. It also shows how Simran, a figure quite popular on Instagram like most other influencers we see in real life.

Dimple and Harsh are hacking the laptops of fellow students to find out about the person who stole their Antisosh app. Rishi too is pulling some strings to find the culprit but Krish and Simran have laid out the plan cleverly.

Prajakta Koli and Vihaan Samat do have a great chemistry. The two almost convinced the audience that they might be the One True Pairing even after the hit chemistry of Prajakta and Rohit Saraf in the first season.

Harsh takes Dimple to a musical event that takes place in the Shekhawat family’s hotel and Rishi sees Dimple, on her birthday, with Harsh.

At this point, Mismatched appears to be a teen novel written for fun with a repetitive storyline and clichéd scenes. It is for sure a lost opportunity in several aspects and could have developed a more intricate and intriguing plot that was at least a bit hard to predict.

Nonetheless, the nostalgia of college days, teen romance, coming-of-age issues, and the talent of the actors to play their roles as tech nerds and imperfect teens make it a fun watch.

Whooping Net Worth Of BTS Members

10 Puzzling Movies For You To Solve