Albums from underappreciated Bollywood films that may not be on your playlist as of now, but surely will be after reading this. 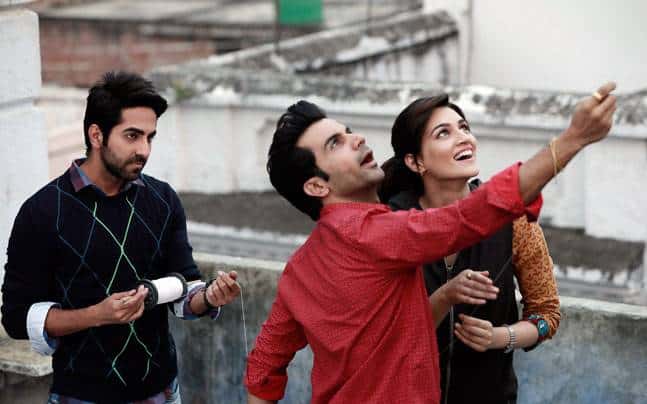 People frequently identify soundtracks with catchy melodies, loud cues, and grandiose orchestration — Roohdaar’s entrance music in Haider, and Omkara’s opening scene are two examples of well-known soundtracks, identifiable even by those unfamiliar with the genre.

What distinguishes a well-known film score? The movie itself can sometimes be beneficial. If a film receives widespread or critical acclaim, the soundtrack is likely to follow suit.

Sometimes, even in terrible films, amazing soundtracks may be found. Other times, the music is confined to the background of the film, and it is not given the credit it deserves.

Occasionally, some movie composers receive all of the attention for their most well-known works, ignoring other works that are less well known but just as excellent as their well-known compositions.

This list focuses on soundtracks that aren’t as well-known as they should be for the reasons stated above.

Nothing was lacking in either the film or the record. The quadriplegic magician Ethan petitions for euthanasia. Love, life, and death are beautifully depicted in the movie.

SLB proves that he can match a wonderful movie with a perfect album with Sunidhi’s mesmerizing ‘Udi,’ KK’s devastating ‘Guzaarish,’ and Harshdeep’s lullaby ‘Chand Ki Katori.’

An account of a woman’s journey from being a stay-at-home mom to rediscovering herself. It is a fantastic tribute to the film by Amit Trivedi with this album.

With tracks like the melancholic ‘Gustakh Dil,’ the lovely ‘Dhak Dhak,’ and the whimsical ‘Navrai Majhi,’ we can’t get enough of the album, just like we couldn’t get enough of watching Sridevi on screen.

Both the film and the album are as sweet as their titles suggest. Throughout Bitti’s story, Chirag and Pritam, her two best friends, show her what life is like when you love and live with them.

There’s something for everyone on the album, from the bouncy ‘Twist Kamariya‘ to the soulful ‘Nazam Nazam.’ And if you haven’t heard ‘Bairagi,’ you’re missing out on some delightful music.

The modern interpretation of ‘The Last Leaf’ requires an album that provides warm, cozy vibes, which Amit Trivedi has delivered. A story about an aristocrat’s daughter who falls in love with an archaeologist.

Pakhi suffers from life and love as Varun commits a terrible act. Every song is a unique interpretation, from the nostalgic ‘Sawar Loon’ to the beautiful ‘Shikayatein’ and the sorrowful ‘Zinda.’

Gagan Baderiya, Javed Ali, and Ankit Tiwari are among the artists on the album. The record, like its predecessor, is a true masterpiece.

This is a Vishal Bharadwaj film, a Shakespeare play, with Tabu, Kay Kay Menon, and Shahid Kapoor in the cast, and a great album.

You cannot help but feel spellbound every time you listen to ‘Aao Na’, ‘Bismil’, and ‘Khul Kabhi Toh.’ If you haven’t heard the album yet, you are missing out on something wonderful.

The story of a woman juggling life and duties is depicted in the musical album Piku. As part of the musical ‘Bezubaan,’ Anupam Roy’s album is full of ‘Journey Song‘ for all your travel vibes.

Also, Sunidhi’s beautiful ‘Piku’ is worth singing along to.

Music was needed to effectively depict the ups and downs of a family.

Pritam did exactly that. In its own right, the film is perfect whether it’s Arijit Singh’s relaxing “Dil Hi Toh Hai,” his heartbreaking “Zindagi,” or the funky “Nadaniyan.”

There is no better soundtrack for Dan and Shiuli, which tells the story of two friends who become lovers and form a lasting friendship.

Tracks like ‘Thehar Ja’ make the film even more appealing. ‘Tab Bhi Tu,’ and ‘Manwaa,’ the film create a riot of emotions, love, and a melancholy atmosphere.

10 Movies Which Made Us Understand A Lot Of Things