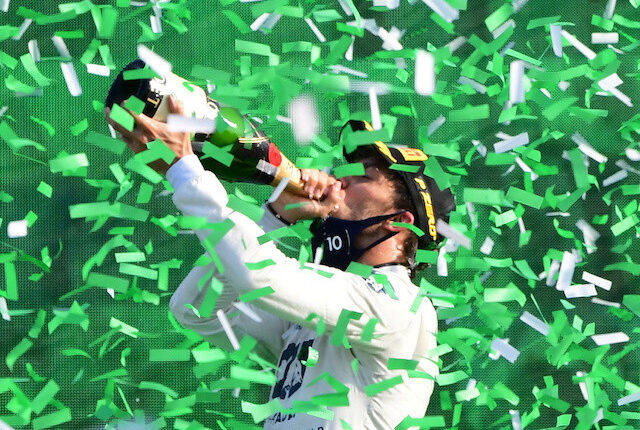 A French man after 24 years wins maiden F1 race in Italian Grand Prix. Olivier Panis won the 1996 Monaco Grand Prix. He is the 109th different race winner in Formula One.

The world champion Lewis Hamilton finished seventh. As he was given a 10-second penalty after he stopped for tyres when the pit-lane was closed.
Gasly says this win is “unbelievable”. He said, “Honestly, it’s unbelievable, I’m not sure I’m realizing what’s happening right now,” Gasly told Sky Sports after the race. “It was such a crazy race and we capitalized on the red flag.

P1!! My first victory in F1!!🏆
I’m lost for words, still struggling to realise, its just amazing!!
Everything was perfect, just missed the tifosis down under the podium. @alphatauri we have done it!! Thanks everyone for all the messages & support!! Today is a day I’ll remember. pic.twitter.com/3eILYSMsIu

“I have been through so much in the space of 18 months, my first podium last year and now the win in Monza … I am struggling for words. This team have given me so much, they gave me my first opportunity in F1, my first podium and now my first win,” he said.

“It is just an amazing day,” he added. “I have said since I came into Formula 1 that we need another French winner after the last in 1996, but I never expected it to come like that.” 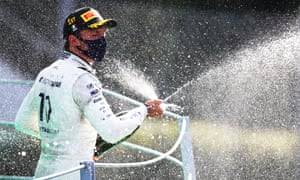 Gasly celebrated incredibly with his team but then after when he was awarded the trophy, was seen sitting down on the top spot of the podium alone. He had a minute to recognize his achievement, as he took a swig of champagne encircled by ticker-tape.

World No.1 Ashleigh Barty won’t defend her French Open title due to COVID-19…

From Poetry to Politics: In Conversation with Hussain Haidry…

Cricket in South Africa in trouble as its national…