Anantapur police come to rescue of Joginis, assure them of all help 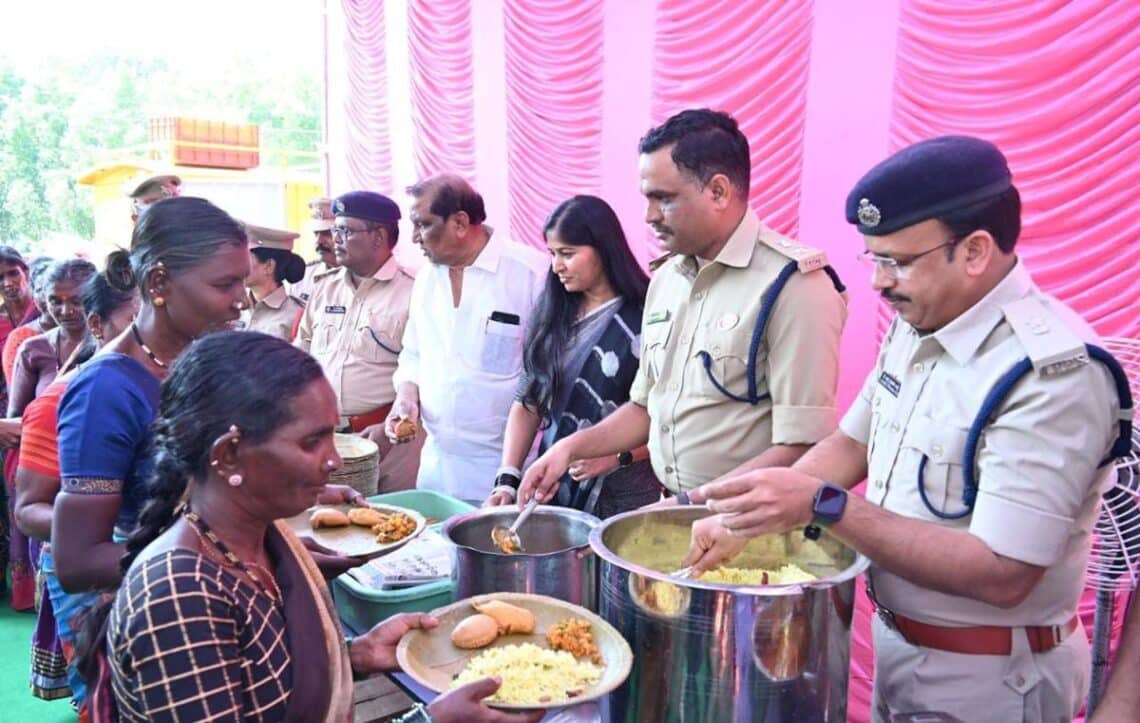 
The Anantapur district police, in association with Rural Development Trust, have embarked on a mission to identify and rescue Joginis, Basavinis and suicide survivors by bringing them back into the mainstream of life and by providing all kinds of support.

Superintendent of Police Fakkeerappa Kaginelli said that so far 270 Joginis, Basavinis, and Devadasis were identified in the district. They were living a miserable life with little support, the SP noted.

The State government and the RDT assisted them by providing houses to some of them and funds for starting small businesses. A medical camp was conducted at the SRIT College and applications for governmental support and schemes were taken, he added.

As part of Police Commemoration Week, Mr. Kaginelli, along with Additional SPs I. Nagendrudu, J. Rammohan Rao, distributed packets of 30 kg rice, 10 kg ragi, 4 kg wheat, 5 liters of oil, and other essential goods to each of them and served a meal to all of them at the District Police Headquarters on Wednesday. The police appealed to them to dial 100 in case they needed any kind of help.

RDT Director Vishala Ferrer said that the organisation helped 53 such persons by providing them a house, another 43 by helping their children in their studies, and 34 for starting small businesses.

The 1988 legislation by abolishig this system had helped them come into society with dignity.