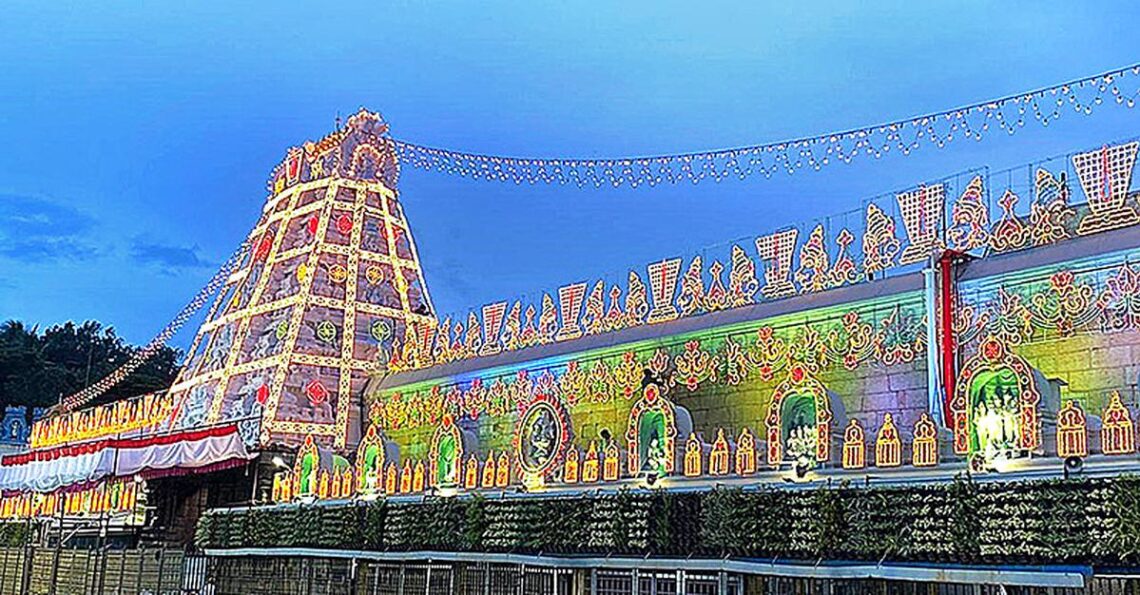 
The hill temple of Lord Venkateswara at Tirumala.
| Photo Credit:

The Tirumala Tirupati Devasthanams has worked out modalities for organising ‘Vaikunta Dwara Darshan’ for 10 days from January 2.

It has resolved to dispense with the performance of Arjitha Sevas and various privileged darshan formats (like those extended to senior and physically challenged devotees) and offline sale of SriVani tickets on all the 10 days.

According to TTD Executive Officer A.V. Dharma Reddy, the ‘Vaikunta Dwaram’ encircling the innermost sanctum, which is opened only once in a year on the day of Vaikunta Ekadasi, would be ceremoniously opened around 1.30 a.m. on January 2, 2023, after completion of pre-dawn rituals. The VIPs would be allowed for darshan of the deity followed by general public.

The Vaikunta Dwara Darshanam would be implemented from the early hours of January 2 till the midnight of January 11.

VIPs coming in person alone will be entitled on Ekadasi day and no referral letters would be accepted. Also no individual would be allowed to have darshan of the deity from at Kulasekhara Alwar Padi.

While the VIPs would be facilitated with ‘ Laghu’ darshan, the general pilgrims will be allowed in Maha Laghu darshan. The procession of golden chariot and Vishnu Sahasranama Parayan would be organised on Ekadasi day morning followed by Chakrasnanam the next day.

The TTD has resolved to issue 2.5 lakh Special Entry Darshan (SED) tickets of ₹300 each at 25,000 tickets a day and 5 lakh tickets of Slotted Sarva Darshan (SSD) at 50,000 a day for the benefit of common devotees.

About 10 SSD ticket issuing counters — nine in Tirupati and one in Tirumala (exclusively for the local denizens) — would will be set up for the purpose. This apart, around 2,000 SriVani tickets each costing ₹10,500 would be made available every day during the period.

Even though there are no restrictions on pilgrims for travelling up to Tirumala, those with darshan tickets alone would be allowed for darshan. Also there would be no separate arrangements for ‘ Govinda Mala’ devotees.

There would be no advance reservation of cottages and rest houses between December 29 and January 3.

M r. Reddy said that the TTD Chief Vigilance and Security Officer (CVSO) and Tirupati SP would jointly coordinate the traffic and security arrangements of the visiting devout.