The music legend and Nobel Laureate, who is widely regarded as one of the most important performers of the twentieth century, has released 39 albums. 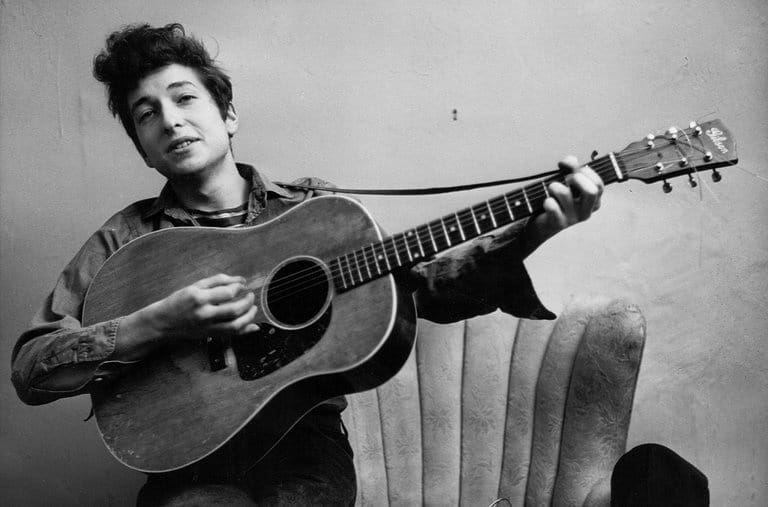 No other contemporary artist has produced such a huge and profound body of work: songs that feel both awesomely ancient and ferociously present, from the Sixties protest anthems that made Bob Dylan a star to his noirish Nineties masterpieces and beyond.

Check out our list of his best tracks here-

Ironically, Dylan’s paean to Suze Rotolo – away in Italy when he devised its perfectly-done balance of tenderness and acrimony – helped end their relationship for good: when Rotolo heard Joan Baez introduce it onstage as a song “about a love affair that has lasted too long”, it prompted her to leave him.

The Byrds’ rendition of “Mr. Tambourine Man” was, as far as we can determine, the first time anyone put genuinely fine poetry on the radio.

The Beatles weren’t even close to finishing “Eleanor Rigby” or “A Day in the Life” – they were still working on “Ooh, baby.” Bob’s lyrics, on the other hand, were excellent.

The lyric that hooked us was “to dance beneath the diamond sky with one hand swinging free.” We believe he was discovering himself as a poet when he wrote “Mr. Tambourine Man.” He was learning how to be beautiful.

It’s not a love song, yet it’s Dylan’s best ballad. “Just Like a Woman,” penned as retribution but performed as sorrow, is a complicated depiction of affection and disappointment.

Dylan never gave a specific source of inspiration for the woman indicted. The song, though, is about his own tumultuous romance lessons – the giving, taking, and leaving.

Poetry at its finest in this dedication to a rustic girl. One of Dylan’s most intricate pieces is To Ramona. Even Ezra Pound would swoon at the imagery in these lines.

The flowers, “while breathlike, get deathlike sometimes,” are a critique of urban ways and city life.

It’s a pop song about a black eye. The rhetorical pugilism on exhibit here rips songwriting apart for a generation, leaving the listener to paint on the canvas. “Like a Rolling Stone” heralds the birth of an iconoclast who will become the greatest voice and vandal of the rock period.

Bob Dylan takes on the role of Jeremiah of the heart, setting fire to loving verse and “the girl” with a barrage of scathing words.

After railing against the government’s hypocrisies, he turns his attention to more familiar foes: the scene, high society, and the “beautiful people” who believe they’ve “made it.”

He hasn’t yet reached his own hypocrisies; that will happen later. However, the distinction between “we” and “them” is less distinct than in previous albums. He bares his teeth at the hipsters, the vanity of the moment, and the concept that if you wore the appropriate pair of boots, you had a better value system.

Its melody was apparently lifted from No More Auction Block, a civil war-era spiritual sung by Dylan and Odetta, and it was apparently written in a matter of minutes.

Blowin’ in the Wind is perhaps Dylan’s most famous protest song because, as he pointed out, it isn’t a protest song at all: it deals with universalities rather than particulars, making it eternally adaptable.

7. The Times they are a-changin’

The title tune of Bob Dylan’s third album was truly explosive, a rallying cry that was more about identifying a generational difference that would grow into a chasm as the 1960s continued than any single cause: “Come, mothers and fathers from all over the country, and don’t judge what you don’t understand.”

“It’s Alright, Ma,” written in Woodstock in the summer of 1964 while Dylan’s folk-scene friends Joan Baez and Mimi and Richard Faria were his houseguests, is a transition from Dylan’s politically-minded lyrics to a broader vision of “life, and life only”: Instead of pointing fingers at a specific issue in culture, the song demolishes it all, declaring it all to be vanity, hypocrisy, and bogus propaganda

“It’s Alright, Ma (I’m Only Bleeding)” is stunning on a technical level, with a convoluted rhyme system and a melody that chugs along on two notes until the flourish at the end of each stanza.

This isn’t one of his most well-known songs, but it is one of his best-written. These lyrics are more relevant now than they were in 1963, both in terms of delivery and portrayal.

You’ll be intrigued even if it sounds like someone is uninterestedly narrating a narrative to you. The perfect representation of the human condition is befuddled, puzzled, and hooked.

How To Easily Add Friends On Steam