Are These Actors Of Same Age?

Acting profession puts a veil on the age of actors! Read the following article to reveal age of actor which would leave your mouth hanging..

by Priyanka Sharma
in Entertainment, Lifestyle, Listicles
Reading Time: 3 mins read
A A 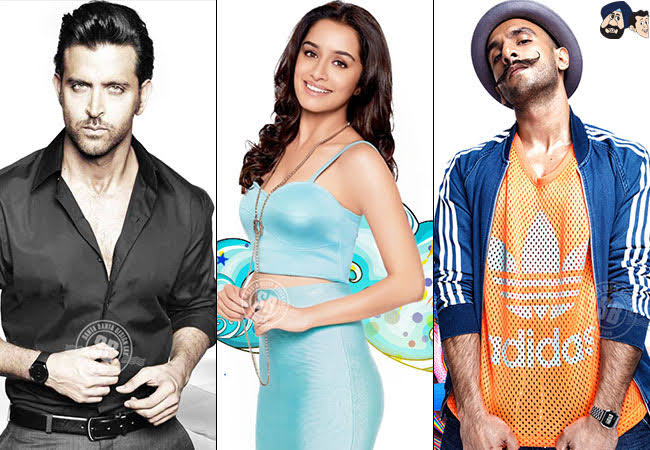 Film industry demand looks. And well for that you have to look way younger than you are in real life. For this, they try to maintain themselves by doing tremendous efforts to beat time and you know what? More than half of them gets successful and cross this hurdle.

Actors can fit themselves into any role as they are versatile. They adapt themselves according to their role and display themselves as what the audience expects them to be. Due to this, it’s really hard to determine their age just by looking at them or watching their recent movie.

To put your mind at ease the second angle has brought you age of some actors who you won’t believe are of the same age!

She has gained wider recognition and accolades for her acting performances in the Hindi film industry and web series. She was born on 6 July 1985.

Ranveer Singh, an Indian actor who has won 4 film fare award and is among the highest-paid actors in the country! He has featured in Forbes India’s Celebrity 100 list since 2012. He was born on 6 July 1985.

Jai Kishan Ahlawat or as you know him as Jaideep Ahlawat is an Indian film actor who was born on 8 February 1980.

Kareena Kapoor, an Indian actor who recently appeared in Good News along with Akshay Kumar was born on 21 September 1980

Now how can we believe these two are of the same age!

Sonakshi Sinha is not only an actor but a singer as well who has received Filmfare Award for Best Female Debut. She was born on 2 June 1987.

Vikrant Massey is an Indian film and serial actor who has appeared in Dharam Veer, Balika Vadhu, etc. He was born on 3 April 1987.

Ali Fazal, an actor and model who made is the first debut in the English film The Other End of the Line with a small role. After that, he has crossed milestones! He was born on 15 October 1986.

Now Deepika Padukone is far less than a stranger to us. She is an actor and producer and even Time named her one of the 100 most influential people in the world in 2018! She was born on 5 January 1986.

Anushka Sharma, an Indian actor and producer and one of the highest-paid actor in the industry has received several awards including Filmfare award! She is married to one of the famous cricketer Virat Kohli. She was born on 1 May 1988.

Rasika Dugal, an Indian actress, known for her roles in several films. She even has starred in Indian-German drama film, Qissa and several Indian soap operas. She was born on 17 January 1988.

Sanjay Dutt, an Indian actor who appeared in films like Agneepath and has upcoming movie Hera Pheri 3 has received several awards including two Filmfare Awards and three Screen Awards. He was born on 29 July 1959.

Boman Irani, an Indian theatre and Bollywood film actor, a talented voice artist, and a photographer of Irani descent. His upcoming movie is 83. He was born on 2 December 1959.

Our Pick: Top 8 Audiobooks on Audible