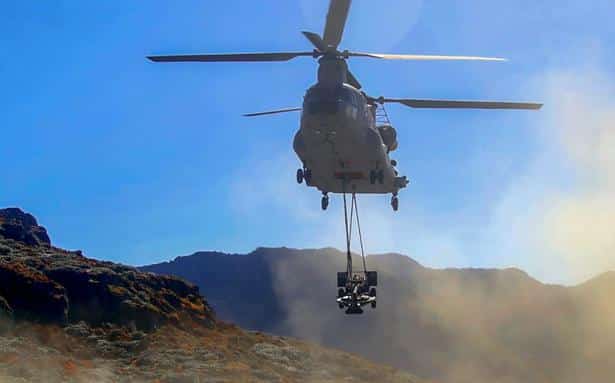 The seventh regiment of the M777 is under way, and the induction of all 145 guns should be completed in the next few years, a defence source said

The seventh regiment of the M777 is under way, and the induction of all 145 guns should be completed in the next few years, a defence source said

In the next five years, the Indian Army’s Regiment of Artillery would see major force accretion with the induction of several guns, including indigenous ones. These include the Dhanush, Sharang, M777 Ultra Light Howitzer (ULH), additional K9-Vajra howitzers and the Advanced Towed Artillery Gun System (ATAGS).

The seventh regiment of the M777 is under way, and the induction of all 145 guns should be completed in the next few years, a defence source said. Similarly, with their deployment and performance in high altitude regions, the Army is now going in for 100 more K9-Vajra tracked self-propelled howitzers.

One regiment of the indigenous Dhanush artillery systems, developed based on the Swedish Bofors guns, has been inducted and operationalised in high altitude area along the Northern Borders after extensive validation. By March 2023, the Army should receive 18 guns to form the second Dhanush regiment, the source said.

On the Sharang guns, the up-gunned 130mm artillery guns to 155mm, 45 calibre guns, three regiments have been operationalised so far with the 4th regiment in process. The order for up-gunning 300 guns is being executed by three difference DPSUs carved from the erstwhile Ordnance Factory Board.

“Three Sharang regiments are expected to be delivered per year and 15 artillery regiments are to be equipped with Sharang. So, it should be done in five years,” the source explained. The Army received the first Sharang gun in February 2020 and the entire process of acquiring these guns is expected to be completed in four years of time.

On this note, the source stressed on the need to upscale the capacities and capabilities of the domestic industry and the need to evolve a “conglomerate or consortium culture”. “This is what will compress the timelines.”

At the same time, defence sources said there has been no impact of the war in Ukraine on their ammunition supplies. Several types of ammunition and rockets are imported from Russia, but there utilisation is limited and the stocks have been lasting, a source said.

On the ATAGS system which has completed validation trials in May, officials said they are fast-tracking the remaining process for quicker induction. Following this, Electromagnetic Interference/ Electromagnetic Compatibility ( EMI/ EMC) trials were completed, followed by maintainability trials by the Corps of Electronics and Mechanical Engineers, the source explained.

Currently, the Director General Quality Assurance (DGQA) evaluation is under way which includes environmental tests. They are being concurrently to shorten the evaluation and should be completed in another two months, the source said after which the preliminary requirements would be converted to General Staff Quality Requirements (GSQR) and commercial bids will be sought.

This would be followed by cost negotiations and the initial order for 150 guns would be split between the Lowest bidder (L1) and the second (L2) in 70:30 ratio, the source added.

The ATAGS is a 155mm, 52 calibre heavy artillery gun jointly developed by Armament Research and Development Establishment (ARDE), the Pune-based laboratory of Defence Research and Development Organisation (DRDO), in partnership with Bharat Forge and Tata Group. In May, the gun successfully completed validation trails towards meeting the specifications of the Army is now ready for induction.

For long range fire power, the Army is looking at additional indigenous Pinaka Multi-Rocket Launch System (MRLS) systems, to add to the four regiments in service. Six more Pinaka regiments have been contracted and they would be inducted in the next 4 to 5 years, sources said.