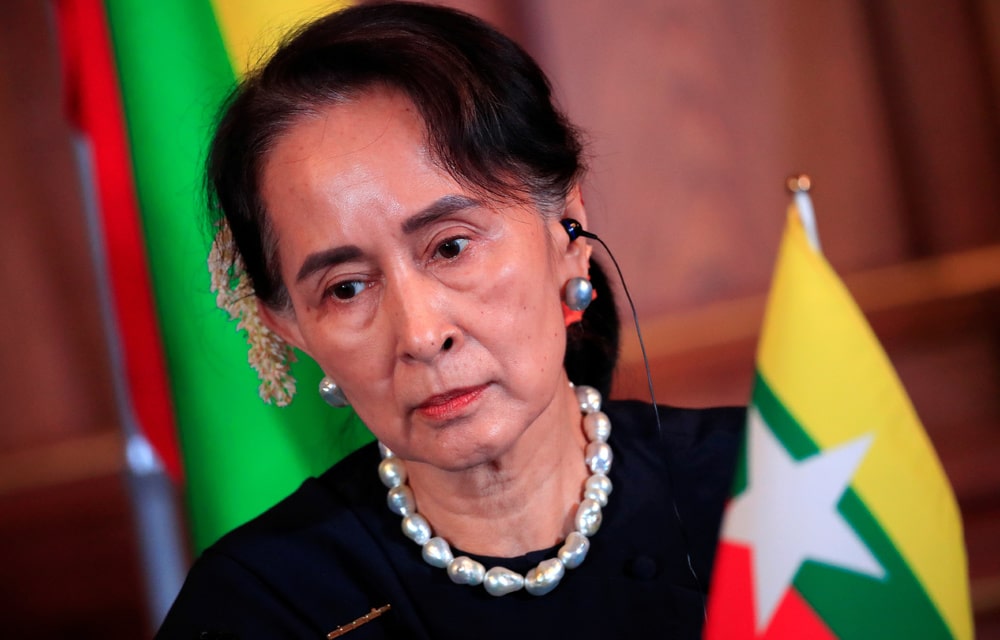 The prosecution of  Aung San Suu Kyi, Myanmar’s civilian leader who was toppled by a military coup two weeks earlier, and U Win Myint, the overthrown president, began on Tuesday. They face mysterious allegations that may have landed them in jail for six years and three years.

Shortly after the military junta lodged a new indictment against her. Suu Kyi was deposed after a coup d’état orchestrated by General Min Aung Hlaing and has since been under house arrest in Yangon. On 16 February, fresh charges were brought against her in breach of Article 25 of the National Disaster Management Act, which might allow the junta to keep her hostage permanently.

The United Nations’s special rapporteur Tom Andrews said that secretive trial” had already begun and that a sequence of expected mass protests on Wednesday and reports of large troop advances meant the military “could be on the precipice of … committing even greater crimes against the people of Myanmar”.

The military reported that the polls were accused of ‘discrepancies’ and challenged the truthfulness of at least 9 million votes cast in November 2020 although the country’s election commission denied accusations of fraud. Myanmar Army has emphasized that it will defend and comply with its constitution. However, since 1 February, residents of the Southeast Asian country have coordinated national demonstrations calling for the release of both Suu Kyi and Win Myint, shouting and carrying posters that read “free our leader.”

Aung San Suu Kyi was charged with breaching import prohibitions following the finding of walkie-talkies and other international devices in her villa complex.

She was also accused of contravening the legislation on the handling of natural hazards by engaging with the crowd during the covid- 19 pandemic.

The trial, like so many court cases in Myanmar, was riddled with inconsistencies. U Khin Maung Zaw, a lawyer for Aung San Suu Kyi, was initially informed that the court hearings would begin on Monday. Then he was made to think it was going to be Wednesday, at 11 o’clock. On Tuesday, he was abruptly informed that his client was standing at the courthouse in Naypyidaw, the capital, via teleconference.

As a consequence of the trial, people in Myanmar rapidly mobilized an online petition calling for a million people to assemble in Yangon, the largest city, on Wednesday.

Best Selling Products on Amazon you should have a look