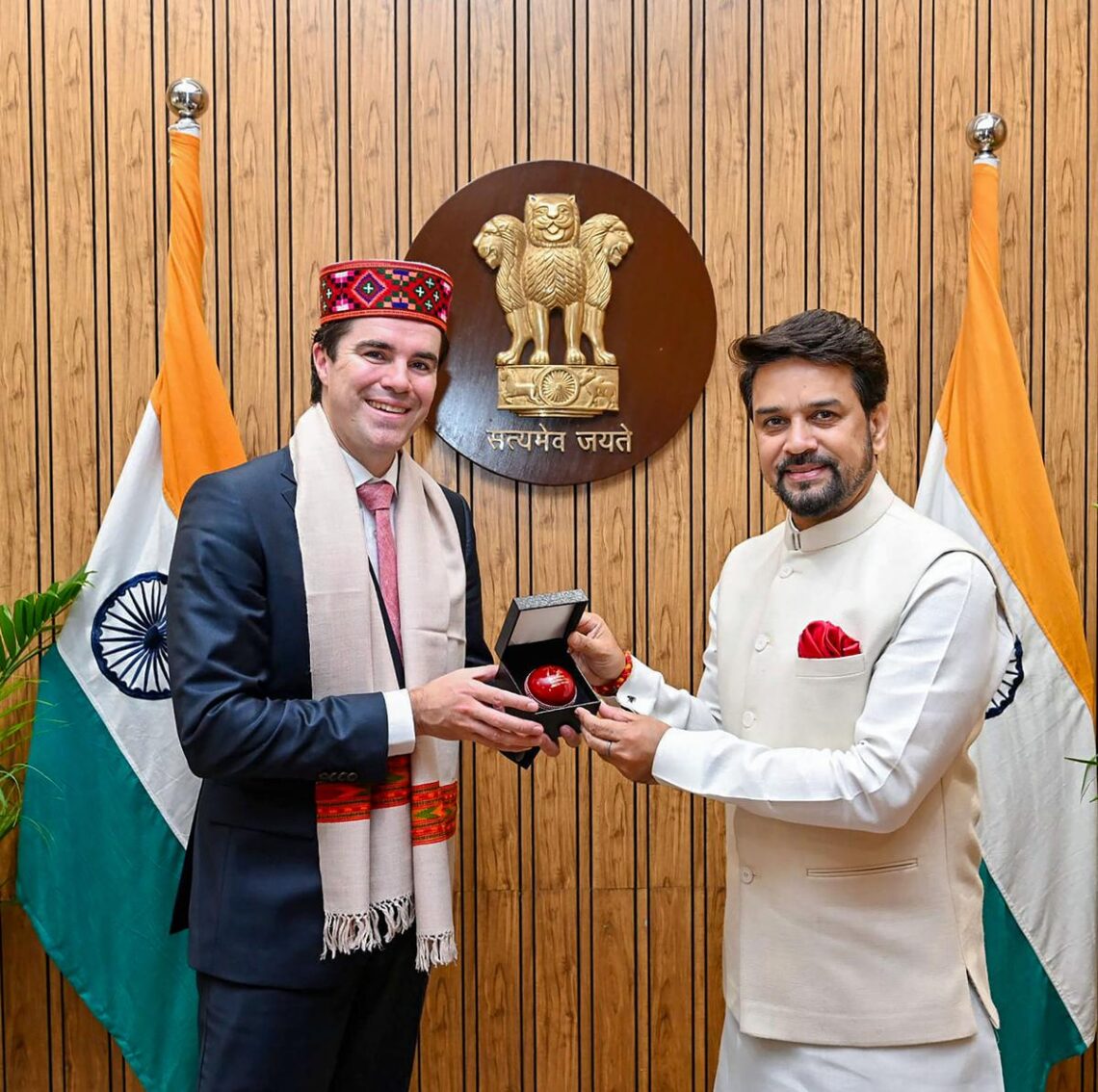 A key legislative committee in the Australian Parliament has endorsed the India-Australia trade pact which will send a powerful “signal” to businesses on both sides, Australia’s Assistant Minister for Foreign Affairs Tim Watts said here on Saturday. In an exclusive interview to The Hindu, Mr. Watts said Australia will support India during the upcoming G-20 summit that is scheduled to be held here next year and confirmed that Prime Minister Anthony Albanese will visit New Delhi in March.

“One of the most exciting things is that the Economic Cooperation and Trade Agreement (ECTA) that had been negotiated recently is being recommended for (legislative) action by the Joint Standing Committee on Treaties in Australia. That means we can get straight down to legislating the necessary changes to our law to bring the treaty into effect,” said Mr. Watts. He met his Indian counterpart, Minister of State for External Affairs Meenakshi Lekhi on Friday and discussed the whole range of bilateral issues.

Mr. Watts cautioned that the parliamentary process could be “tricky” but assured that the treaty would be ratified “as soon as possible”. “I would be hopeful that we would get this through very quickly,” said Mr. Watts, adding, “Even beyond the details of the agreement, the signal that it sends to Australian and Indian businesses is really significant. It’s going to put the spotlight on trade between Australia and India.”

The Minister who once visited India during his younger years just to see the Wankhede stadium in Mumbai where Sachin Tendulkar played, said that the government of Prime Minister Antony Albanese would continue the warmth in bilateral relationship as was in evidence during the tenure of his predecessor Scott Morrison and informed that Mr. Albanese has confirmed his March 2023 visit to India.

Explaining the divergence of views on Russia as apparent in the Bali Declaration which indicated that not all G-20 members condemned the Russian military action against Ukraine, Canberra’s Assistant Foreign Minister acknowledged that members are expected to follow self-interest but argued that the “the clearest way to end the war in Ukraine is for Russia to withdraw”. Weighing upon differing approaches adopted by India and the rest of the Quad (U.S., Japan and Australia) regarding Russia, he explained the position of the Albanese government which believes that by attacking Ukraine, Russia has committed “flagrant violation of the UN Charter.” “Likeminded countries will sometimes take different approaches in responding to the illegal invasion by Russia based on their own national interests,” said Mr. Watts who appreciated Prime Minister Modi’s frank comments to President Vladimir Putin which were delivered on the sidelines of the September SCO summit in Samarkand when Mr. Modi said, “This era is not of war.”

Mr. Watts emphasised that the Quad is a “good institutional mechanism for India, Australia, U.S. and Japan to shape the Indo-Pacific region into a secure, resilient, inclusive, prosperous region,” but argued that it is not a “military grouping”. The Minister said that Quad is in fact aimed at regional public goods.

He informed that Australia shares the concerns over growing tension around the Taiwan issue and said, “We want to work together with our partners in the region and partners who share our desire for a region that is peaceful, prosperous and stable and that is governed by international law and the UN convention of the law of the seas. We want a process that respects territorial integrity of the region.”

India-Australia people-to-people contact in recent months has been affected by the delay in Australian visa that Mr. Watts said is being addressed, explaining: “There are around a million Australians who claim an Indian heritage out of a total population of 27 million. Seven lakh were born in India. This diasporic community has made its presence felt in every aspect of Australian life. What happened is that during the COVID-19 period we had closed borders during an extended period of time that resulted in a lot of built-up demand and as the borders reopened there has been a surge of people who wanted to come. So we had to put on very substantial extra staff and implement some new processes to try and cope with that demand.”

“With the current (visa) application levels and with the new processes that we have put in place, we are expecting that the processing time for visas will be back to where it was before COVID-19 by the end of this year,” Mr. Watts assured.

Speaking about Australia’s bilateral relation with Bhutan which completed two decades this year, Mr. Watts said the relation between Canberra and Thimphu is based on “person-to-person relation”. “In Australia, many of our people-to-people connections flow from our educational system and that is very much the case with Bhutan. We have had more than 400 people from Bhutan sponsored by the Australian government to study in Australia since 2009 including seven out of the 11 Cabinet members in the Bhutanese government,” said Mr. Watts who argued that the links between the two sides have reached an “extraordinary level of intimacy”.

TDP is on a ventilator, and 2024 elections will be its final journey, says Thammineni Seetharam