This Is How B-town Stars Spent Their First Earnings

First paycheques are meant to be remembered forever. Let's dig in to find out what value does it holds for the stars and how they managed to spend it. Spent 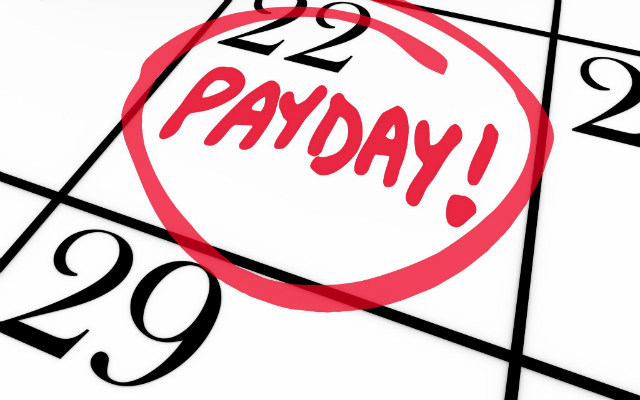 First pay is always special be it big or small. Before even receiving it, the sheer pleasure of imagining the scenarios of what must be done with the cheque. Followed by the feeling one has while handed over the first pay cheque or that notification of a message from the bank stands no comparison.

Let’s take a look if the stars had the same reaction as well or no and how they choose to spend it.

According to the reports, the fashion icon Sonam Kapoor earned Rs.3000/month while working as an assistant director for Sanjay Leela Bhansali. She assisted in the making of Black and spent her salary on commute.

The king khan before his glory period has reportedly has worked as an usher at a Pankaj Udhas concert and was paid Rs.50 for the job. He claims to have bought tickets to see Taj Mahal with that money.

While the job remains nameless, the perfectionist of Bollywood Aamir Khan said to have earned ₹1000 and he presented it to his mother.

The legendary late actor back then used to give tuitions to kids back and charged Rs.25. He saved that money to buy himself a bicycle.

Kalki lived in London when she took up her first job waiting for the tables in an Italian restaurant. By the money she earned, she used it to pay rent.

The actor work at a Chinese restaurant during his stay in Australia and earned Rs.8/hour. He also picked up small jobs like washed cars and by the money he received he used to buy beer.

Long before the debut as a lead, the lock it-pop it actor Hritik Roshan worked in a movie named Asha. Reportedly, at that time the actor was only 6 years of age and he was paid Rs.100 for his work. By that, he bought toy cars.

Pee Cee/Piggy Chops may be earning millions now but like any other struggler she started off with small. Her first pay cheque was of Rs.5000, which she presented to her mother.

Guddu bhaiyya or Ali Fazal, recently shared with the public about his first job, he worked as a call center employee and he said that he earned Rs.8000 from it and used it to pay the college fee.

Arjun Kapoor’s first pay cheque was reported to be ₹35,000 for the time he worked as an assistant director on the sets of Kal Ho Na Ho and he used that money to open a bank account for himself.

According to the reports, Deepika Padukone once said that her first salary was for Rs.2000 and she presented it to her dad who invested the amount.

After the mega-success of his first movie Heropanti, the action hero Tiger Shroff earned enough money that he offered to buy the house for his parents that they had lost due to some unfortunate effects. They did not settle to buy it in the end, but Tiger did offer all the money to his parents.

Varun Dhawan was an intern when he got his paycheque for Rs.2000 and he presented it to his mother.

Richa Chadda was 12 when she worked for Doordarshan and was paid Rs.200. Reportedly, she offered it to her dad.

Though this wasn’t her first salary, once it was reported that Kangana Ranaut bought a Moschino dress with all the money she had in her bank account – ₹50,000 to be exact.

Menstruation And Its Taboos: The Breakup We Need In 2021