A view into the Life of the Syrian President and the Regional Secretary of the Ba'ath Party, Political Career, and Education, Here we will alsl have a look into Bashar al-Assad net worth. 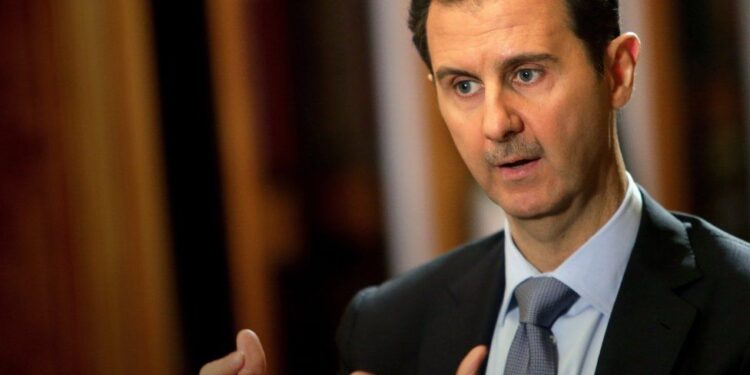 Named Bashar Hafez Al-Assad by his parents, Bashar Al-Assad was born in a family of politicians in Damascus, Syria. Bashar who has been in office since 17 July 2000 is the nineteenth president of Syria. He succeeded his father Hafez Al-Assad, who had been the President of Syria since 1971. In addition to being the president, Bashar is the commander-in-chief of the Syrian Armed Forces and the Secretary-General of the Central Command of the Arab Socialist Ba’ath Party. In the following article, we are going to discuss Bashar Al-Assad Net Worth, Early life Political Career, and Quotes.

Although earlier there were hopes that he would bring political reforms, Bashar has mostly continued on his father’s legacy of authoritarianism. However, apart from being a political dictator, there is much more to the life of the Syrian President. Most of us do not know of his early life when he was not interested in joining politics or rather wasn’t even the heir of his father.

Bashar al-Assad and His Net Worth

People often have a question about what a  country like Syria can give to the people. Well, we might not have an answer to that but wouldn’t you be interested in knowing the Networth of the man who has ruled for over two decades? Let us tell you.

The Al-Assad family as it has been reported controls a massive 60-75% of the Syrian economy, which they have used to gather a huge fortune. Thus, the net worth of the whole family is estimated to be 60 to 120 Billion USD. Out of this amount Bashar Holds a fortune of approximately 2 Billion US Dollars as of 2022. Owning a vast portfolio of real estate, natural resources, art, jewelry, and much more.

The president owns assets in countries such as  Russia and Hong Kong. According to a report by peacetime Bashar owns 60% to 70% of the Syrian assets. Moreover, a huge amount of 50 million Swiss Francs belonging to Bashar have been blocked by the Swiss Bank authorities.

Born to Makhlouf and Hafez Al-Assad in 1965, Bashar is the second son of his parents. He had five siblings of whom he lost his younger sister in childhood and his younger brother died in 2009 due to a prolonged illness. According to a university friend of Bashar, he was soft-spoken and polite, also he avoided eye contact and was timid.

Unlike his other siblings, Bashar was quiet and a reserved sort, he lacked interest in politics and the military and as we have stated above he had no plans of joining politics.

Bashar received his primary and secondary education from the Arab-French al Hurriya School in Damascus. After completing his HighSchool he opted for studying medicine. Bashar studied medicine at the University of Damascus, where he graduated as an Ophthalmologist in the year 1988. After serving in the military as a doctor he later moved to London to continue his studies in 1992.

Bashar is Fluent in Arabic, English, and French. In December 2000 he got married to a British citizen of Syrian origin named Nee Akhras. They have three children in total, two sons and a daughter. In the year 2012, Bashar’s mother and sister left Syria, shortly after the Civil War broke out.

After graduating from the Medical school of Damascus University in 1988 Bashar Al-Assad began his career as a Doctor. For a brief period, he worked in the Syrian military as a doctor at the Tishrin Military Hospital and later on moved to England to pursue his postgraduate in ophthalmology at the Western Eye Hospital.

In 1994 after the death of Bashar’s elder brother Bassel Al-Assad in a car crash he was called back home by his father Hafez to serve in the Syrian Army. Later on, Bashar was declared to be the heir of his father.

In the year 2000 Bashar’s father, Hafez al-Assad died and in the June of the same year, the age requirement for competing in the presidential elections was reduced from 40 years to 34 years. On July 10, 2000, Bashar al-Assad was elected as the president of Syria with an absolute majority of 99.7% votes and later he was declared to be the commander in chief of the armed forces.

Some famous quotes of Bashar Al-Assad are:

The president of Syria and the former doctor has been involved in many controversies and war crimes. Still because of his political stance towards the involvement of countries like America and Israel in Middle Eastern politics and his dream to rebuild Syria from the rubles of war, one cannot be sure of what to think of his ideology. And here we will be wrapping this article on Bashar Al-Assad Net Worth, Political life, and career.