A.R. Rahman's life narrative serves as a tremendous source of inspiration, from creating a music studio in his backyard in the 1980s to receiving the Academy Award for best soundtrack for Slumdog Millionaire in 2008.

by TSA Desk
in Entertainment, Uncategorized
Reading Time: 4 mins read
A A 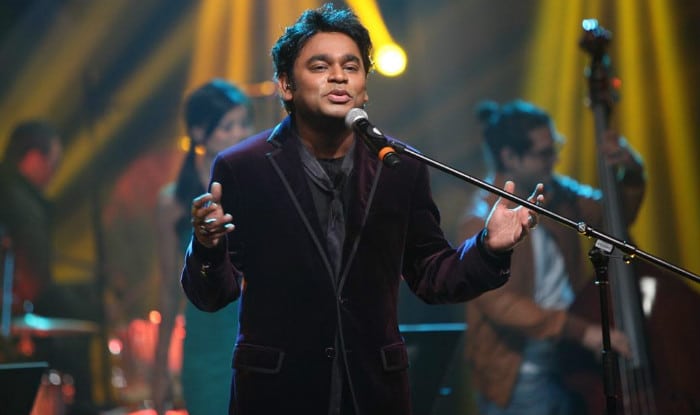 A.R. Rahman is one of the most well-known music directors in the world. He has been nominated for five Academy Awards (Oscars), winning two of them.

Rahman has also won two Grammy Awards and a Golden Globe, making him India’s only music director to win the National Film Award six times for his lovely instrumental/humming sections.

That is presumably why Rahman is dubbed “the music maestro,” “the Mozart of Madras,” and “the man who changed India’s contemporary music landscape.”

A.R. Rahman, the composer, vocalist, and all-around musical genius does not create music that is popular for a season and then forgotten the next.

So, whether you’re unfamiliar with his music or haven’t heard any of his songs in a while, we’ve compiled a list of his best instrumental parts for you-

This is a brilliant piece of music that you will listen to for hours, if not days. The tempo of this song is so powerful that it’s difficult not to feel a rush when you listen to it.

It’s probably the composer’s most fantastic piece of work. This song is one of the best songs composed by A.R. Rahman.

The musical section at the beginning of the song shows this since it can express heartbreak and a split inside oneself.

The majority of people have heard songs like these, which are definitely fantastic. His instrumental creations for the picture, on the other hand, haven’t gotten their due.

The track’s combination of simplicity and small sluggish beats is unique. This song demonstrates Rahman’s flexibility as a composer; it never gets old.

This song doesn’t have a single repetitive or monotonous moment, demonstrating Rahman’s mastery of sound and great ability to layer instrumentals.

This tune has such a strange depth to it that you can’t help but feel moved by it. It’s the perfect song to listen to on a windy day. Isn’t this the kind of music they used to make?

It’s a cult-classic track with an astounding spectrum of sounds that many people haven’t heard or forgotten. A.R. Rahman composed it in a very beautiful way.

The build-up and progression of the song from sorrowful to tense to dramatic is a tribute to the power of music to convey emotion without the use of words.

This is the most beautiful piece of music ever made in the history of Hindi cinema.

The sounds of A.R. Rahman’s songs are something exceptional. It fills the background like echoes filling a valley, which is also what makes this tune unique.

When you hear the thumping beats blended with various instruments, it’s difficult not to be psychologically transported to another world.

Rahman’s voice in this song makes it even more wonderful as if the lyrics about a lost love that still lingers weren’t enough to tug at our heartstrings.

This song is less about technicalities and more about the soul. It is the musical expression of a sorrowful smile.

The percussion in this song is so fantastic that listening to it with earbuds will make you want to dance. Tum Ho’s composer is A.R. Rahman.

The way it blends with Mohit Chauhan’s raw and distinct voice, as well as the shimmering sounds of bells tinkling in the background, adds to the song’s uniqueness.

A.R. Rahman has never written a dull tune. This song is no different. This tune is an experience, not just a song, thanks to the synthetic elements and Rahman’s brilliant instrumental.

Given how popular the Dil Se soundtrack is, it’s unlikely that you haven’t heard this song, but we’ll highlight it regardless because this is one song that no one wants to miss once it starts playing.

Is there anything like hearing Udit Narayan sing “Woh hai kahaan, kahaan” and getting goosebumps?

A.R. Rahman’s compositions have a unique vibe that is difficult to forget once you’ve heard them. Rahman’s contribution to music is a blessing for the ears, as his sound is unlike anything else being created by other music directors. Here is a wrap-up of some of the songs from his lovely instrumental/ humming sections.

Also Read: 9 Flute Solos In Hindi Songs That We Love To Revisit