Big Boss Season 14:15 facts about the winner Rubina Dilaik which are unheard-of

by Zoya Zubair
in Entertainment, Infotainment, Listicles
Reading Time: 3 mins read
A A 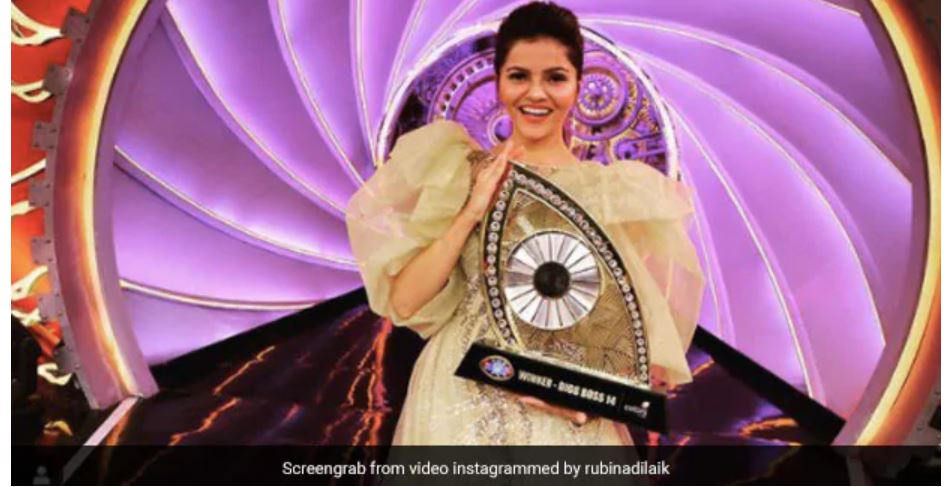 On 21st February, the Salman Khan hosted show Bigg Boss’s grand finale was a three-hour long affair. It was the 14th season of the show and after completing more than four months, it came to an end on Sunday night.

Putting all speculations to rest finally, Indian television actress Rubina Dilaik came out of the house with flying colors as she emerged as the winner of the reality show while singer Rahul Vaidya took the second spot. There were five finalists competing for the trophy — Rakhi Sawant,  Aly Goni, and Nikki Tamboli, besides Rahul and Rubina. Host Salman Khan, Nora Fatehi, and the five finalists, among others also performed at the finale.

After winning the trophy Rubina Dilaik has become a household name. In the season 14 finale, Dilaik proved she is made of solid stuff as she survived 140 days of scrutiny and melodrama at the ‘Bigg Boss’ house. The actress, with more than 3.5 million Instagram followers, lived to tell her tale of Victory.

Throughout her journey in the show, Rubina maintained her dignity and showed that she is classy. She even talked about her personal life including her relationship with husband Abhinav, and despite all this, she stood strong with her head held high and that’s probably why she is a winner today. Here are some humble facts about her:

2. Rubina’s father is a writer and has written many books in Hindi. Her mother is a housewife and she has younger sisters.

3. She studied at Shimla Public School and St. Bede’s College.

4. In her childhood, Rubina wanted to become an astronaut.

5. Rubina was a national-level champion in the debate in her school days.

6. During her early days, Rubina participated in many beauty pageants and also won the title of Miss Shimla in the year 2006. She also won the North India pageant in 2008.

8. Talking about her acting career, Rubina started her career with the TV show Chhoti Bahu. In this show, she played the role of a very simple and obedient daughter-in-law.

9. Her very first show got her door-to-door recognition. The fans liked her simplicity and the serial became quite popular.

10. In the daily soap Chhoti Bahu, Rubina was paired with actor Avinash Sachdev. The show turned out to be a massive hit and due to its popularity, the second season also came. In the second season too, Rubina and Avinash were in the lead role. Also, the Rubina-Avinash pair was adored and they both even started dating in real life.

11. However, this relationship did not work well. Continuing her acting career, in 2012, Rubina appeared in the show Saas Bina Sasural. She portrayed a character named Smiley. In the year 2013, she was in the lead role in the serial Punar Vivah – Ek Nayi Umeed.

12. After this, when offered the role of Sita in the show Devon Ke Dev Mahadev, Rubina grabbed the opportunity and portrayed the character so well. She also appeared in the show Jeannie Aur Juju. Eventually, it was in the year 2016 she got a show which brought her back into the public eye. This show was ‘Shakti — Astitva Ke Ehsaas Ki’. In this show, Rubina played the character of a transgender, which had a lot of discussions.

13. In the year 2018, Rubina married a TV actor and her boyfriend Abhinav Shukla after three years of dating. However, it was revealed in Bigg Boss that this wedding has also been full of troubles and even the relationship came to a point where they wanted a divorce.

14.Rubina also worked in the short film ‘Bareilly Ki Beti: The Youngest Survivor’ which was directed by her husband Abhinav Shukla.

15. After spending more than four months in the Bigg Boss house Rubina came out as a winner with a great margin.

Trading 101: What should you know before the opening bell on monday