Bihar Elections 2020: Over 50% Candidates of Major Parties Have Criminal Charges

by Tahir Mushtaq Khan
in News, Politics
Reading Time: 2 mins read
A A 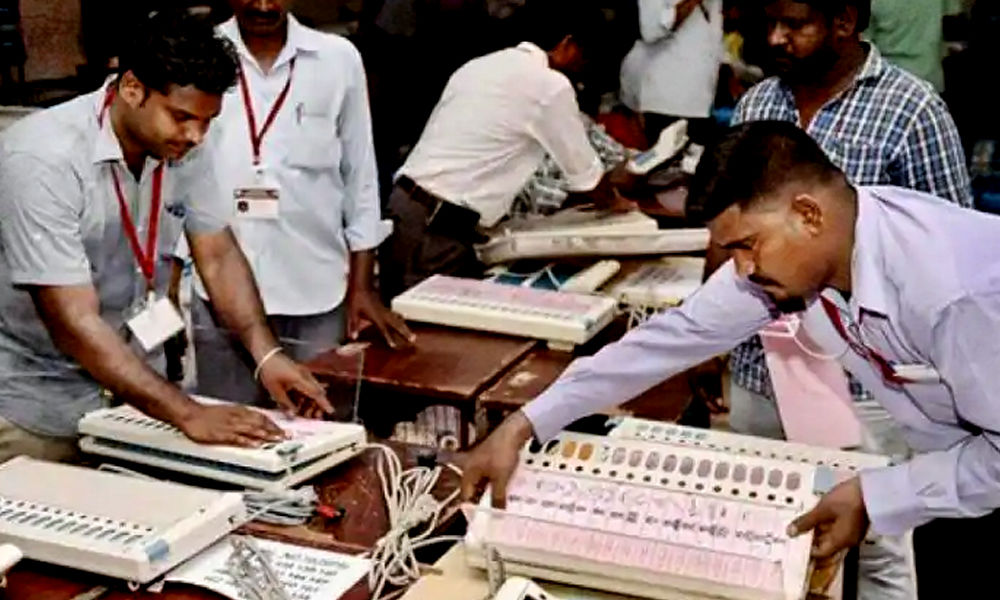 As per a report, almost all the mainstream parties have offered 50% tickets to candidates with grave criminal offences registered against them, in the Bihar Elections 2020.  Almost one-third of the total candidates contesting in the final phase of elections on November 7 face serious criminal cases, including that of murder, extortion, and rape, as per research done by the Association for Democratic Reforms (ADR) and Bihar Election Watch (BEW). BJP and Congress topped the list with 76% each, followed by RJD-73%, JD (U) -57%, and LJP with 43%. The report said, 31% or 371 candidates have declared criminal cases against themselves. Further, 282 candidates or nearly 24% have declared serious criminal cases against themselves.

Most of the mainstream parties have offered tickets to candidates with serious criminal cases registered against them. Of all the major parties, the RJD has fielded 44 candidates, LJP (42), RJD (44), JD (U)-37, BJP (35), and Congress 25 candidates in this phase.

Almost every second candidate of prominent parties – BJP, Congress, and RJD – have criminal records, the research revealed. On an average, two-fifth of the candidates of major political parties have serious criminal charges against them.
The findings are based on the affidavits provided by the candidates themselves, two-third of the BJP candidates have criminal charges against themselves, followed by 56% of Congress and 50% of RJD. The JD (U) gave 30% tickets to such candidates and LJP to 26%. The highest number of criminal cases is registered against Pappu Yadav from Madhepura.

“This data shows that the reformation in the electoral system isn’t a priority for the political parties and our democracy will continue to suffer at the hands of lawmakers who actually are lawbreakers.”

The report has also highlights, how some parties have offered tickets to candidates with big pockets. Over 90% BJP candidates contesting for the final phase are ‘crorepatis’, followed by JD (U) (81 %), RJD (80 %), LJP (74%) and Congress (68 %). RLSP’s BK Singh from Warisnagar is the richest among all.

Read:  Bihar Election 2020: League For Leadership Or Contest Of Criminals?