Censorship of OTT platforms: Will it affect the young spectators?

The Over the Top (OTT) video service is a subscription television service provided via the internet directly to subscribers. Under Section 69A of the IT Act, the Government has the right to delete any material that is unacceptable and/or hurts the sovereign interests of India.

by Saadqa Sultan
in Featured, Entertainment, News
Reading Time: 5 mins read
A A 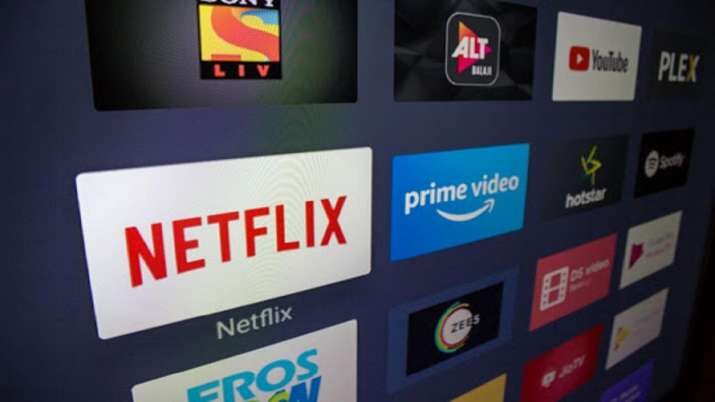 The Over the Top (OTT) video service is a subscription television service provided via the internet directly to subscribers. The role performed by television via cable, satellite, etc has been overtaken by this network. In India, there is a great range of OTT sites, such as Netflix, Amazon Prime, Hotstar, Voot, etc. Unlike the content that is controlled by the Central Board of Film Certification (CBFC), Broadcasting Content Complaints Council (BCCC), etc., given by cinema or television, the OTT channels have no regulatory body over them to monitor the streaming content and therefore enjoy their rights.

Online streaming platforms are introduced by every other app, with most of them producing original content. The intake has further improved with the vernacularization of OTT platforms. In comparison, the total time spent by Indians on OTTs has risen by 40-60% since March 2020, in view of the pandemic and the ensuing lockdowns. They have rocked every other media outlet and, even in the most isolated regions, are gaining ground.

While in breach of the various laws of the country, the material offered on such sites is still under observation by the Supreme Court. A significant question is whether the website is under self-regulatory jurisdiction or whether there is appropriate regulation allowing for a legislative body to regulate and filter the broadcasting of content on such platforms.

The steps taken by the Government

A non-government organization (NGO), Justice for Freedom, lodged a petition in 2016 before the Delhi High Court, alleging that Hotstar showed inappropriate content, soft-pornographic, immoral and religious material, fostering contempt for the government, objectifying women, involving children in illegal activity, and promoting terrorism elsewhere. They called for monitoring and censoring or licensing the websites and deleting vulgar and legally prohibited content. The claim was, however, denied and is now pending before the Supreme Court.

The desire for legislation has not been felt before. But there is a need for a body to control the material supplied by OTT platforms in the current situation. However, the Ministry of Electronics and Information Technology (MEITY) has declined to impose censorship in a recent paper, but they intend to create a self-regulatory agency. Last year, Hotstar, Sony Liv, Jio, and Eros founded the Digital Curated Content Complaint Council (DCCCC), an adjudicatory body, to deal with the content offered by such sites and to prevent the enforcement of government rules on them.

Although to our dismay, this change is not endorsed by most OTT channels such as Netflix, Amazon Prime, Alt Balaji, Mx Player, Zee, etc., as it is close to the Broadcast Content Complaints Council (BCCC), a non-news entertainment channel self-regulatory agency. They claim that under Article 19(1)(a) (Freedom of Speech and Expression), the thin line distinction between a broadcasting service and an OTT forum will become null and their right to free speech will be breached.

Such OTT platforms, however, contravene Article 19(2) of the Constitution which provides for a fair restraint of freedom of speech and expression in the interests of Indian sovereignty and dignity, protection of the State, public order, courtesy or morals, etc. Under Section 69A of the IT Act, the Government has the right to delete any material that is unacceptable and/or hurts the sovereign interests of India i.e; the power to give instructions for blocking public access to any information via any computer resource, that section is considered to be the Internet Kill Switch.

The major reason behind putting a restriction on OTT platforms was the presentation of contents that was hurting the sentiments of the viewers. The most recent problem involving OTTs was the ‘John Oliver Show’ on Hotstar, where Prime Minister Narendra Modi and the controversial Citizenship Amendment Act were explicitly attacked and the show on Hotstar was further blocked.

Netflix didn’t buckle under the pressure, though. Shows such as the ‘Sacred Games’ were criticized, as some speculative lines on Rajeev Gandhi were mentioned and the ‘Bofors scam’ was also mentioned. Leila was blamed for hurting Hindus’ sentiments by fostering Hindu phobia. It has been widely criticized by audiences.

Other than Netflix, in its Indian version, Amazon Prime has removed an entire episode of the Columbia Broadcasting System (CBS) Political Drama Madam Secretary. The display was said to harm the feelings of different people as it deals with Hindu nationalism, Kashmir occupied India, the majority society’s brutality against Muslims, etc.

The Madhya Pradesh High Court recently discussed the situation in a PIL filed by an NGO, Maatr Foundation. In order to comply with the laws against the alleged streaming of pornographic and sexually explicit material, the plea was filed. They argued that these streamers of media content broadcast unauthorized, uncertified, obscene, and legally limited content. The platforms indecently depict women and are punishable under the Indecent Representation of Women (Prohibition) Act, 1986, sections 3, 4 and 7.

Streamers are also prosecuted for openly displaying, circulating, and portraying pornographic acts, pamphlets, representations, figures, etc., under Sections 292-294 of the Indian Penal Code, 1860. Children under the age of 18 will still access the content, exposing them to indecent acts, terrorist actions and vulgar content.

Apart from some spectators’ complaints and governments’ actions, there is a large number of people who still think censorship on OTT is not a good idea. The majority among them is of youth. The kind of aura that has been created by these platforms has a long-lasting effect on the psyche of people. Now they are used to these sites they don’t mind the content available on it.

Nowadays when everyone can afford a mobile phone, they take no time to download these apps and immerse themselves in the world of web series and movies without realizing the cons of contents that are presented to them.

Especially during the pandemic, when people had nothing much to do at home, these OTT platforms served them to the fullest. The majority of these people belong to the age group of 16-30. They have little idea how some of the content available on these OTT sites are nothing but a danger.

The need for an unbiased regulatory authority is a must, looking at the present situation. The streaming of Internet content cannot be regulated by a self-regulatory agency. Responsible material for legislation shall be distinguished by the body. The platforms of the OTT streaming services and the Government shall work together to put this issue to an end once and for all. The OTT network is at an embryonic stage around the globe at this point in time. India wants to ensure that when making a rule, it suits the needs of the people.

Today, the audience is searching for material that brings out society’s truth, deals with socio-political problems, provides us with regional varieties, and most notably, does not affect the feelings of a particular class of individuals. Therefore, troubling are these regulatory loopholes and grey zones.

Also Checkout: 10 Most Expensive Deck Of Playing Cards Ever