Chemtrails Over the Country Club- Lana Del Rey’s music video, upcoming album, backlash by people all you need to know!

Read on to find out about the new MV by Lana Del Ray, Chemtrails over the Country Club album, and the backlash it received from the people.

by Anamta Husain
in Entertainment, World
Reading Time: 3 mins read
A A 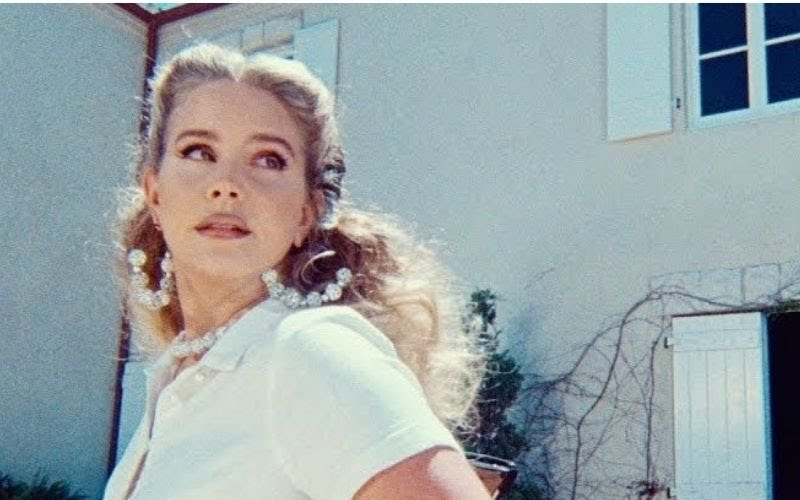 Lana Del Rey has released a music video for “Chemtrails Over the Country Club” from her upcoming album in March.

Read on to find out about the new MV, Chemtrails over the Country Club album, and the backlash it received from the people.

Chemtrails Over the Country Club-

The video begins bringing you the same Lana-Del-Rey vibes, she dressed in sixties glamour driving a Mercedes-Benz having a jolly time with her friends all dressed in white and pearls.

The video directs towards old-school Americana.

Lana also illustrates her mask in the video while steering the vintage car clenching a glass filled with ice cubes, the scene reeks of the vibrant life of rich people during the quarantine.

She is seen living her life wholly, relishing every bit of moment in the video. The video precisely urges you to comprehend how someone so free and wild could be troubled at all.
That is where the scene cuts to a nightmare with Lana and her friends changing into werewolves.

They enter to a place full of bloodthirsty wolves, but rather than fearing them, they walk towards them inclined to be consumed by them.

As per my depiction, Lana showed how men and their dangerous love moulds you in the exact same way.
She herself has been in an abusive relationship and her lyrics have many times quoted the same, whether it is, “He hit me and it felt like a kiss/like true love.” or “Like if you hold me without hurting me.You’ll be the first who ever did.”

Overall, the video is a masterpiece filled with chaos and beauty. It has both romanticism and violence, love and rage, the 60s feel and a mixture of today’s as well.

For people who love Lana Del Rey, waiting till March for the album seems like a long time, and for those who have not tried her music yet
Here are the five songs of her that you should listen to!

What is the backlash about?

A few days back Lana posted the cover for her new album. The photo is a monochrome featuring a group of women sitting around a table and laughing and having fun.
In the caption she wrote, ” “There’s always turmoil and upheaval and in the midst of it- there’s always beautiful music too introducing my new album chemtrails over the country club.”
She was criticised for not including diversity in her new album cover
In the comment section she posted, “”I also want to say that with everything going on this year! And no this was not intended-these are my best friends, since you are asking today. And damn!

As it happens when it comes to my amazing friends and this cover yes there are people of color on this records picture and that’s all I’ll say about that but thank you.”
She then mentioned the name of her friends thanking each one of them.

Lana Del Rey went on to clarify that her best friends are rappers and some of her boyfriends also have been rappers.

“These are my friends this is my life. We are all a beautiful mix of everything- some more than others which is visible and celebrated in everything I do.

In 11 years working I have always been extremely inclusive without even trying to.

Also Read: Lil Durk Net Worth, Early Life, Career, and Much More About his Life