7-time child actors made a lasting impression on the audience

by Areeba Husain
in Entertainment, Infotainment, Listicles
Reading Time: 3 mins read
A A 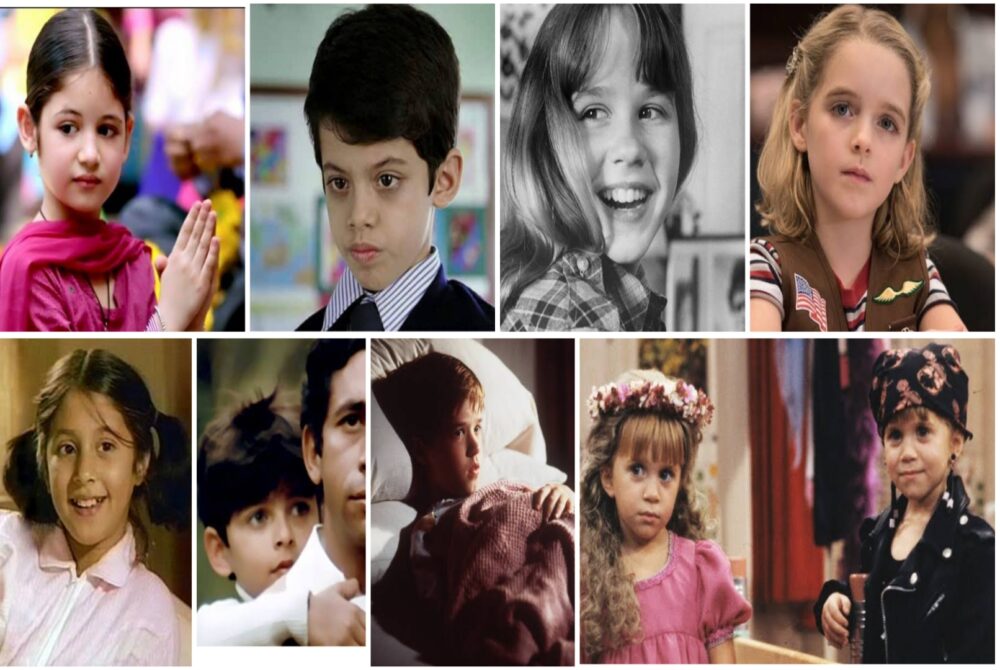 Cinema and film making as an art form is supposed to be a realistic representation, and more often than not stories require the representation of young kids for which child artists are needed. There is a huge body of films that have child artists playing integral roles, and sometimes these kids overshadow the established actors they’re working with, leaving a lasting impression on the audience.

So here’s a list of 9 such child artists who were so incredible that made a lasting impression on the audience.

The Olsen Twins from Full House

Full House is an American television sitcom. The show chronicles the events of widowed father Danny Tanner who enlists his brother-in-law Jesse Katsopolis and best friend Joey Gladstone to help raise his three daughters. It is the youngest daughter Michelle played by the Olsen twins that steals the show with a hint of sass and pretty much by being simply adorable.

If you call yourself a movie buff there is no way you’ve not watched this one, the American supernatural and psychological thriller is as much a Bruce Willis Film as it is Haley Joel Osment’s. The little boy, blessed or cursed with the ability to see dead people pierces the audience’s heart with his performance, and makes the audience sympathise with the highly troubled character of Cole Seare.

The film is an adaptation of Erich Segal’s novel, Man, Woman and Child and it traces the journey of a happy couple which comes to know that the husband has a child from an extramarital affair and that the woman who mothered the child has passed away on account of which he would be now be living with them. The wife refuses to accept the child, Rahul played by Jugal Hansraj but he immediately forms a bond with his half-sister Pinky played by Urmila Matondkar. The performances of the two child actors are still revered to be benchmarks in Hindi cinema.

The film focuses on an intellectually gifted child that becomes the issue of a legal custody battle between her maternal uncle and maternal grandmother. Mary Adler played by Mckenna Grace represents with grace the struggles of a child that is different from all the other children her age and her failure to finds companionship in children of her age while other confuse her intelligence for her maturity.

Linda Denise Blair from the Exorcist

The Exorcist is a 1973 American horror film, and as the title shows the exorcism of a 12-year-old girl that is demonically possessed. The film managed to scare the audience so much so that there were reports of vomiting, fainting and even miscarriages and heart attacks. And some credit or blame goes to the Linda Denise Blair playing Regan McNiel, who transition from a sweet innocent girl to a demon that actually killed people.

Taare Zameen par belong to no one as it does to Darsheel Safari, the character of Ishan Nandkishore Awasthi, was everything that a child could be. He was adorable, stubborn, curious and wondrously expressive of emotions. There is no way you did not laugh at adorable antics cry for the estranged little boy in a prisonlike boarding school.

Everyone loved the 2015 comedy-drama Bajrangi Bhaijan, and everyone loved Munni. The little girl with the sweetest smile melted all hearts and represented how love becomes a bridge to connect people overall boundaries. The representation of a mute Pakistani child by Harshali Malhotra was as earnest heartwarming and memorable.

5 Bizarre Reasons that resulted in suspension or ban on Cricketers