The petition calls for the cancellation of the 1968 agreement to remove the royal mosque and hand it over to Sri Krishna Janmasthan Seva Sansthan.

Mathura District court has accepted the petition to remove the mosque from Mathura’s Sri Krishna Janmabhoomi. The next hearing of this case will now be held on 18 November. The appeal was filed in the court of District Judge Mathura Sadni Rani Thakur on September 12. The court has also sent notices to Sri Krishna Janmasthan Seva Sansthan, Idaga Trust, Sunni Central Waqf Board, Shahi Masjid Idgah.

Notices have been issued to the UP Sunni Waqf Board, Shahi Masjid Trust, Sri Krishna Janmabhoomi Trust and Sri Krishna Janmasthan Seva Sansthan and orders have been given in the court for filing the reply. The petition demands the cancellation of the agreement in 1968, removing the royal mosque and handing it over to Lord Krishna. District Judge Sadhana Thakur has accepted the petition filed for the ownership of 13.37 acres of Sri Krishna seated land. 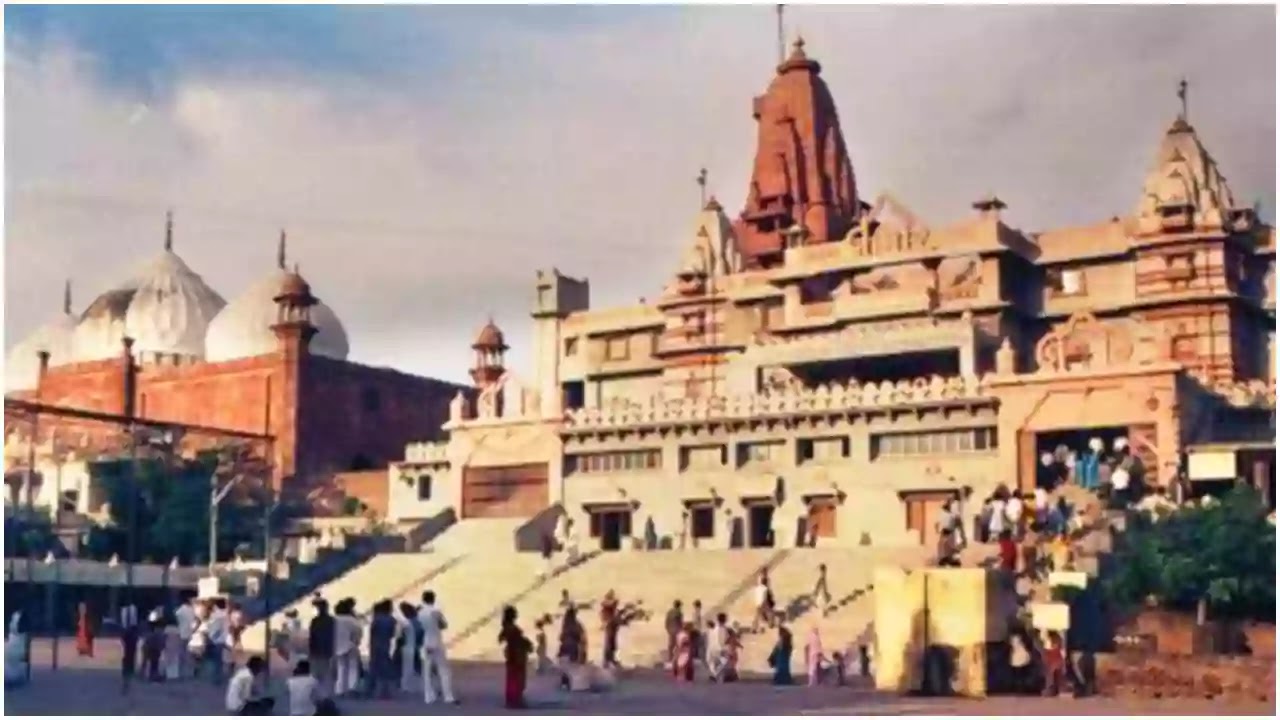 Earlier, a petition was filed by Civil Judge Sr. Bajaj on behalf of Sri Krishna Virajaman Bhagwan Shri Krishna Virajmana, Ranjana Agnihotri, Pravesh Kumar, Rajesh Mani Tripathi, Tarunesh Kumar Shukla, Shivaji Singh, Tripurari Tiwari on the right to own 13.37 acres of land in Mathura and removal of the royal Idgah mosque. In the petition, the agreement reached in 1968 was wrong. Hearing on this, the court dismissed the petition on 30 September.

On 30 September, A.D.J  of Civil Court, Mathura refused to entertain the plea citing the bar on admitting the case under the Places of Worship (Special Provisions) Act, 1991. The order of ADJ was challenged in the court of District Judge Sadhana Thakur. The court fixed November 18 for hearing after hearing the plaintiffs’ side.

The petition is of 57 pages

The petition, filed by advocate Vishnu Jain and Harishankar Jain in the court of senior civil judge Chhaya Sharma is of 57 pages. According to the petition, Mughal Emperor Aurangzeb, who ruled over India from July 31, 1658, to March 3, 1707 AD, “had issued orders for the demolition of a large number of Hindu religious places and temples.”

Vote bank or Stiffness? Over 1000 test positive at Kumbh…

“This was including the temple standing at the birthplace of Lord Shree Krishna at Katra Keshav Dev, Mathura in the year 1669-70 (Sixteen Sixty Nine- Seventy) AD. The army of Aurangzeb partly succeeded to demolish Keshav Dev Temple and construction was forcibly raised showing the might of power and said construction was named as Idgah Mosque,” the petition read.

The suit gains significance as the Places of Worship (Special Provisions) Act, 1991, enacted in September 1991 at the height of the Ayodhya temple movement when the P V Narasimha Rao government was in power, had said that barring the Ram Janmabhoomi-Babri Masjid dispute, which was already in court, the religious character of a place of worship as it existed on August 15, 1947 will continue to be the same.

However, the law’s Constitutional validity is under challenge in a separate petition before the Supreme Court. The petitioners have contended that the Act is unconstitutional, as it bars the right to seek judicial review, which is a basic feature of the Constitution and outside the legislative competence of Parliament.

The Mathura petition states that provisions of the 1991 Act is “not applicable in this case” but does not elaborate on it.

Recently, Twenty-two members of the Hindu Army were arrested on September 22, after the fringe group announced a “Krishna Janmabhoomi movement” — a longstanding Sangh parivar demand to remove the Shahi Idgah mosque adjacent to a Krishna temple in Mathura.

The outfit also put up posters across Mathura town declaring the movement and urged supporters of all Hindutva groups to gather at the site. Such a movement would be expected to help the BJP in the 2022 Assembly elections.

Zakir Hassan 13 posts 0 comments
Subscribe to our newsletter
Sign up here to get the latest news, updates and special offers delivered directly to your inbox.
You can unsubscribe at any time

PS5 User Interface Revealed: know all about the next-gen features

Where to Find the Best Organic CBD Products

Explaining Viruses : All you need to know about the pandemic…