Data Point | Understanding the goals and vision of COP27 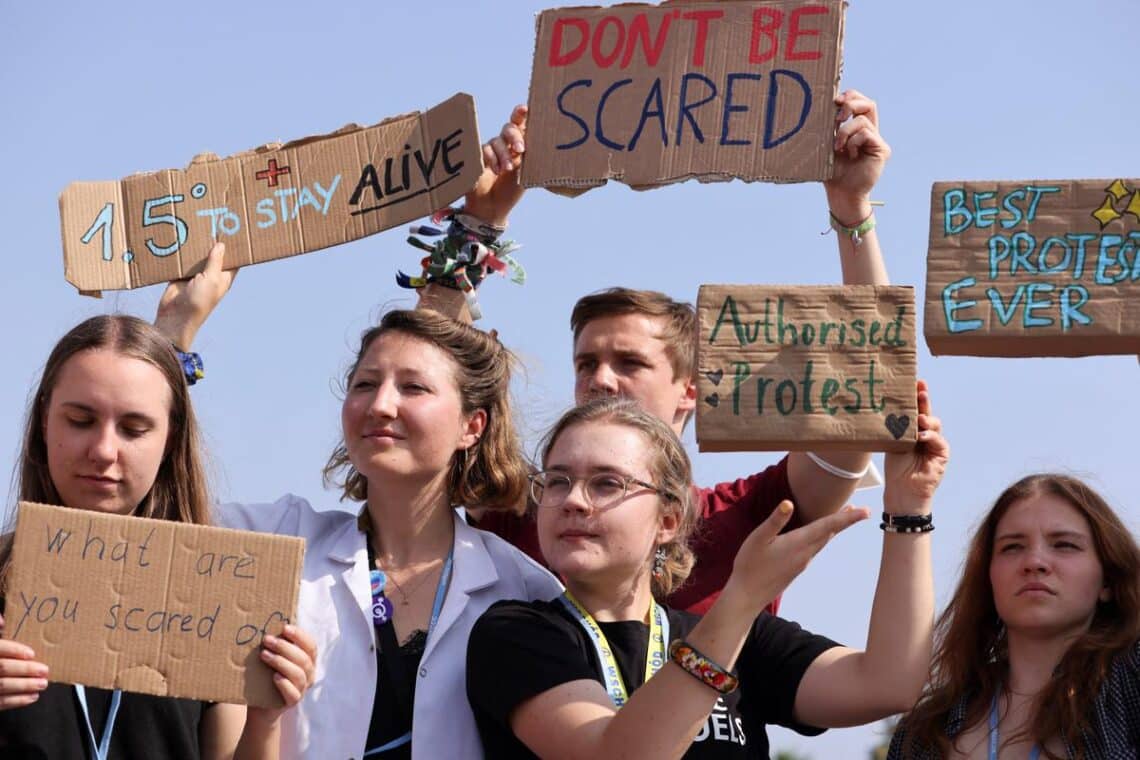 
Last week, the 27th session of the Conference of the Parties (COP27) was held in Sharm-El-Sheik in Egypt. The delegates had gathered to discuss ways of mitigating environmental degradation and stopping a climate catastrophe from taking place. Delegates from 197 countries, all of whom are a part of the Paris Climate Accord, are now meeting to find a solution that will aim to stop global temperatures from reaching a temperature that is 2 degrees Celsius higher than the long-term average temperature between 1951 and 1980. The global mean surface air temperature for that period was 14°C. The planet is on track to heat up between 2.1 degrees Celsius and 2.9 degrees Celsius by 2100, which is lower than the pre-Paris Accord projection of 4 degrees Celsius. However, this is enough to cause and worsen the extreme weather events we are seeing today.

United Nations Secretary General António Guterres opened the meeting with a hard-hitting speech. “Humanity has a choice: cooperate or perish,” he said. As several regions of the world face regular extreme weather events, it is clear that climate change is here. As a result, the goals and vision of COP27 are the following: mitigation, adaptation, finance and collaboration.

Mitigation aims to keep global temperatures below at least the 2 degree Celsius threshold. However, according to the UN’s 2022 Emissions Gap Report, despite making bold promises to “strengthen Nationally Determined Contributions (NDCs) and some updates from nations,” the progress seen since COP26 has been “woefully inadequate.” NDCs are a crucial part of the Paris Accord. They are essentially domestic action plans on climate mitigation that each party prepares, communicates and maintains, post 2020.

The data show that the current pledges made would reduce CO2 emissions by just 0.5 gigatonnes–less than 1% of what is predicted for 2030. To meet the COP goal, countries will have to increase their unconditional and conditional (needing external assistance) NDCs by 5% and 10%, respectively. If this doesn’t happen, the report’s findings say that global temperatures will increase by 2.7 degrees Celsius by 2100.

Graph on emissions and warming projections

The graph above from Climate Action Tracker helps to understand how various emissions-reducing projections will play out. Between 1990 and 2020, global greenhouse gas emissions rose by 14 GtCO2e (gigatonnes of CO2 equivalent). If the policies that leaders have currently put in place continue, Earth will be on track to warm by about 2.7 degrees Celsius, which is far from the Paris Accord’s target. If we remove the policies and just look at NDC 2030 targets, temperatures will rise by 2.4 degrees Celsius. More stringent and long-term pledges could lead to a rise of just 2 degrees Celsius. And if net-zero targets are met, the possibility of keeping global warming below the 2 degree Celsius-mark could become real.

Unfortunately, we don’t have to wait until 2030 to see the impacts of a warming planet. In fact, according to a report by the Centre for Science and Environment, India saw extreme weather events on 88% of the days in the first nine months of this year. These disasters, which have become more frequent and far more intense than they were earlier, killed 2,755 people and destroyed acres of crops and thousands of homes.

At COP26, over $350 million was pledged to the Adaptation Fund, and over $600 million was pledged to the Least Developed Countries Fund, to help those nations face the impacts of climate change. However, these efforts must also be backed with political will – one of the goals of COP27. The evidence clearly shows that countries that have a far smaller carbon footprint are facing the worst consequences of climate change.

Take Pakistan, for example. This year’s monsoon floods submerged a third of the country and displaced over 33 million people. Pakistan will not only have to invest in rebuilding and rehabilitating the nation, but will have to do so while keeping in mind that another disaster of the same magnitude or worse could happen again.

According to the Global Climate Risk Index published by the Berlin-based, non-profit analysis group Germanwatch, Mozambique, South Sudan and India were the countries most affected by extreme weather events in 2019. Mozambique contributes just 0.06% of global emissions.

India is one of the world’s third-biggest carbon emitters and one of the nations most impacted by climate change. Last year, Prime Minister Narendra Modi said India would reach net-zero status by 2070. Until then, however, India continues to burn coal, with policymakers arguing that, “fossil fuels power [India’s] economy that helps lift millions out of abject poverty.”

India is part of the overwhelming chorus at this year’s COP, demanding that nations that are already industrialised and developed should carry the weight of climate change financing and mitigation.

A key responsibility that developed countries were assigned in the Paris Accord – the goal that the conference and its members are working to achieve –  is that they should “take the lead in providing financial assistance to countries that are less endowed and more vulnerable.”

At the 2009 COP15 summit, developed nations collectively committed to pledging $100 billion per year by 2020, to aid developing countries manage climate change. The promise was made official at COP16, and then extended until 2025 during COP21.

But this has not been happening. In 2018, developed nations raised $78 billion for developing nations. In 2019, that number increased a little to $80 billion. Without adequate funding, any country, but especially those that are still developing, will not be able to invest in the infrastructure necessary to adapt and protect themselves while also battling the worsening impacts of climate change.

The last segment of the COP27 mission is to get Parties to collaborate. The mission calls on governments, civil society and the private sector to, “work in tandem, to transform the way in which we interact with our planet.”

Despite doubling down on this commitment at COPs over the years, global consumption of the most polluting fossil fuel, coal, continues to rise. India especially has seen coal consumption grow, and is currently the world’s third-largest emitter. At COP26, Prime Minister Narendra Modi promised that India would achieve net-zero status by 2070. However, a report by the Global Energy Monitor (GEM), reveals that India has 99 new coal projects in line, with the production of 427 million tonnes per year (mtpa). This is happening despite India having multiple defunct or inefficient coal mines, and the looming COP pledge.

Besides the 2070 goal, India’s NCD target aims to cut 1 billion tonnes of carbon emissions by 2030 and reduce emissions’ intensity by 45%.

Thank you for reading this week’s edition of the Data Point newsletter! To subscribe, click here. Please send your feedback to sonikka.l@thehindu.co.in