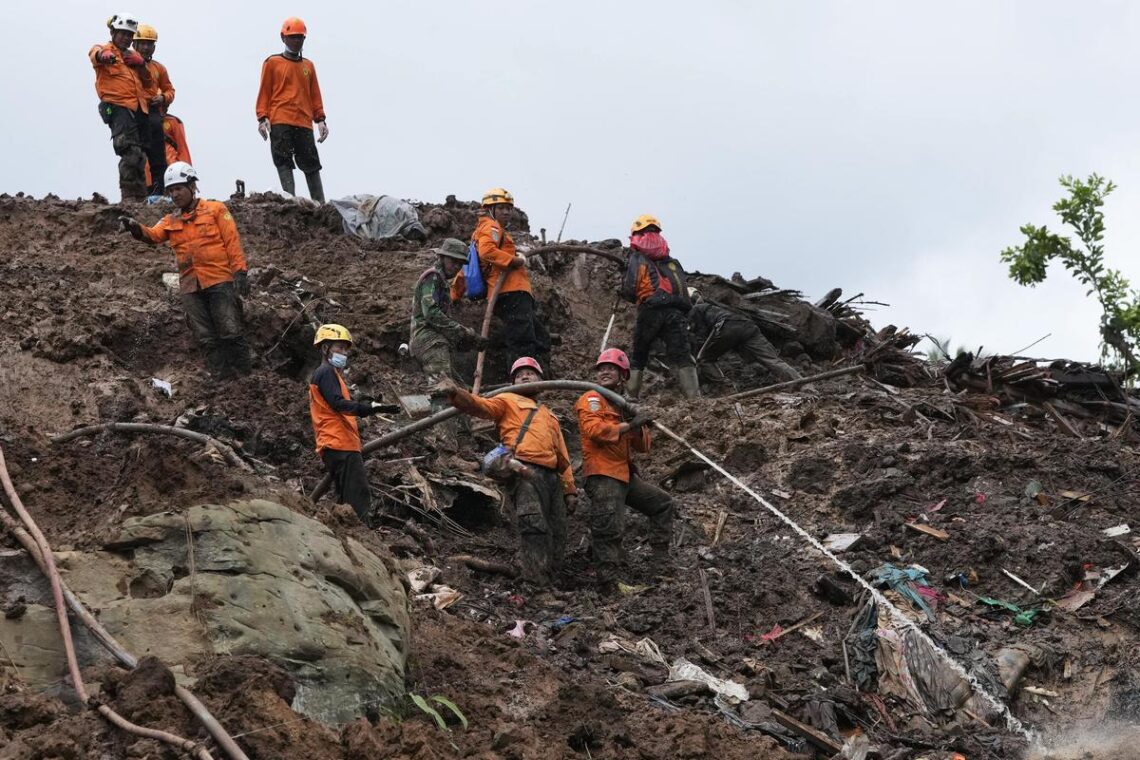 
Rescuers will resume their search on Monday, focusing on areas where the missing are believed to have been buried, said the West Java search and rescue agency head.
| Photo Credit: AP

The death toll from an earthquake that hit Indonesia’s island of Java this week has risen to 321 as rescuers found more bodies on Sunday, the national disaster mitigation agency said.

The shallow 5.6-magnitude earthquake hit the West Java town of Cianjur on Monday, where most of the victims were killed as buildings collapsed or landslides were triggered.

Disaster mitigation agency chief Mr. Suharyanto, who like many Indonesians uses only one name, told a news briefing Sunday that rescuers found three more bodies. Eight were found on Saturday.

“With the discovery of these three [bodies], as of today, the death toll becomes 321 people,” said Mr. Suharyanto. Eleven people remain missing.

Rescuers will resume their search on Monday, focusing on areas where the missing are believed to have been buried, said West Java search and rescue agency head Mr. Jumaril, who also uses one name.

The quake damaged more than 62,000 houses and forced more than 73,000 people to evacuate to at least 325 shelters, Mr. Suharyanto said.

Disaster agency spokesperson Abdul Muhari said authorities were set to discuss next week whether to extend an emergency response period beyond its initial 14 days.

Indonesia experiences frequent seismic and volcanic activity due to its position on the Pacific “Ring of Fire”, where tectonic plates collide.

Monday’s tremor was the deadliest in the archipelago nation since a 2018 quake and resulting tsunami killed more than 4,000 people on the island of Sulawesi.