Disney princess, a fictional character that a number of girls look up to and try to imitate. But should we trust them as our role models? Read on to know more.

by Areeba Husain
in Featured, Entertainment
Reading Time: 5 mins read
A A 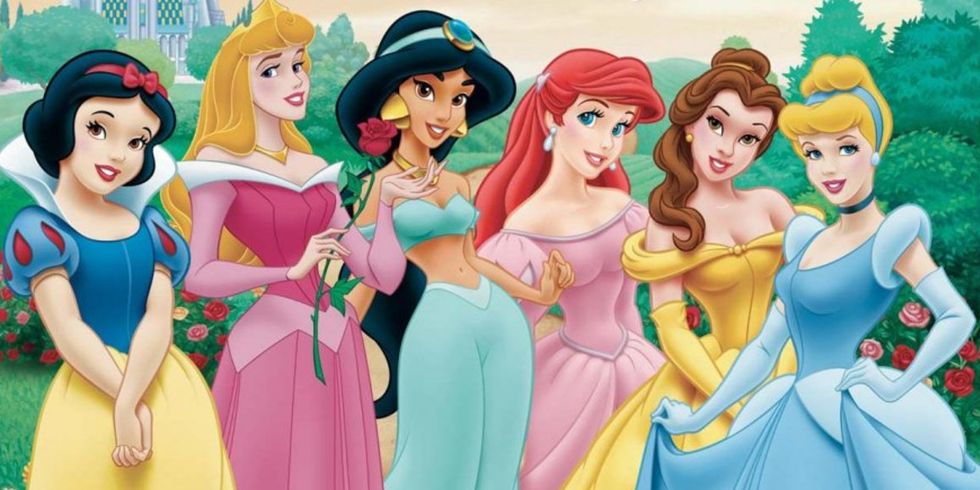 Fairy tales are a very significant part of any culture and its literature, not only because they represent the aspirations, values, and fantasies of a particular society but also because they shape society. Originally, fairy tales were an inseparable part of any culture’s oral literature but with time, as the mediums of communication and expression changed, the oral tradition translated into print and later into films.

In this transition of fairy tales from oral to print to cinema, Disney comes in at the level of Cinema and has produced a number of animated and live-action films based on fairy tales, these films perhaps, became more popular, reached far and wide, and attracted an audience from all age group.

Disney’s fantasy films, however, were not an exact copy of the stories they were based on, rather were trimmed and tamed at different levels, were beautified, and were made “suitable” for children. Structuring the stories according to prevalent social norms implies that these movies had to meet certain standards to be accepted by the masses. For instance, the gender roles due to which the female protagonists had to be docile, timid, submissive, and ladylike, and the male protagonist, on the other hand, had to be brave, strong, and gentlemanly.

So, when we talk about animated films made in the middle of the 20th century such as Snow White, the very first of Disney’s features, or Cinderella or Sleeping Beauty, we find a lot of questionable ideas that we don’t want to pass down to our younger generation.

Let’s take a close look at it, Cinderella was first produced in 1950 in America and is based on Charles Perrault’s fairy tale of the same name. Many Critics draw a parallel between, how Cinderella’s glass slipper was so small that no one else could wear it in the whole kingdom and a Chinese tradition called “Lotus Feet” which was a custom of applying tight binding to the feet of young women to modify the shape and size of their feet because smaller feet were considered a symbol of status and beauty.

This hints at a possible Chinese origin of the story. But Whether or not the story is of Chinese origin, the representation of a “good woman” through the protagonist Cinderella is very questionable because, she is timid, submissive and is neither able to assert herself nor is able to stand up against her step-mother and step-sisters.

Although this black and white binary which is created through the contrasting characters of Cinderella and her Stepmother and Step-sisters is questionable in itself. The idea then that Cinderella’s life is changed forever on account of her marriage with a Prince reasserts the thought that women need to be “protected” and this “protection” comes from men, and therefore “Cinderella” proves to be a poor role model for children, a major part of the audience.

One thing that we can say with conviction is that Disney kept pace with the changing social dynamics, it did not stagnate the women characters, by the 90’s we were able to see more arched and powerful characters such as Tianna from Frog and the Princess who was neither a princess nor was dying to find a prince and marry him. The film also oversteps the archetype of a gentleman and represents Prince Naveen as a flawed character who later goes through a transformation, making him more humane.

Another great example of this change at the end of the 20th century is the film Aladdin, the fantasy film Aladdin was a pioneer in multiple ways. Until the film released, Disney’s projects had always been euro-centric, Aladdin was the first Disney film which was based on a non-European origin, even though the representation of Arabia is not authentic and real.

The eponymous film is based on an Arabic folk tale of the same name from One Thousand and One Nights. Other than being set in Arabia there is another significant shift that came with Aladdin is that the male protagonist did not belong to the aristocracy nor from an otherwise wealthy family. Aladdin in fact was a petty thief who fell in love with Princess Jasmine and eventually went on to marry her.

On the other hand, the character of Princess Jasmine breaks a number of stereotypes that one may not be able to see in older Disney films, even though the theme of the film continues to be love, the way it is dealt with are very different because neither Princess Jasmine is represented as a “damsel in distress” nor Aladdin as a saviour.

She asserts her choice of not marrying someone from the aristocracy on her father,  and upon not being listened to decides to leave the palace, which establishes that she is not submissive and that her political worth is not defined by her choice of husband. She stands out from her predecessors simply because Princess Jasmine is attributed with, courage, adventure, and assertion.

Another progressive example of around the same time is Mulan who proves to be a better role model from almost all of her predecessors’ benchmark that Mulan sets that it is not so much about finding love than it is about finding oneself, and one’s place in the society.

“Maybe I didn’t go for my father, maybe what I really wanted was to prove I could do things right, so when I looked in the mirror, I’d see someone worthwhile.”- Mulan

This quote clearly suggests that impersonating a man was an attempt by Mulan to prove herself because she would never have had the opportunity to do so as a woman.

But many would argue that did Mulan or as a matter of fact, any story of a so-called princess has to be about love to some extent, well not necessarily and Disney redeemed through Brave, Merida, as the new Scottish princess came through as a very strong character, her skills in archery and her adventurous spirit, were something none of her predecessors innately possessed.

Yet some may argue that Merida as a female character is robbed off her feminine nature and we need not see the power in only those women who are masculine, the question is flawed since Merida’s impish attitude is something of inherent quality and not an act that she puts together. Also, the character of her mother works like a Yin to her Yang and though passive in nature is quite a powerful character herself.

Disney princesses are characters that cater to an audience, which needs to approve of their social and moral standards for the children. These characters may push limits but cannot surpass these standards because if they do, the adult audience will not accept them for their children. Yet, Disney needs to be lauded for keeping up with the time and trying to change the concept of “good girls.”

Also Read: 10 Most Expensive Rings Ever Made

7 Conspiracy Theories That You Would Definitely Want To Believe In