Donors meet in Paris to get Ukraine through winter, bombing 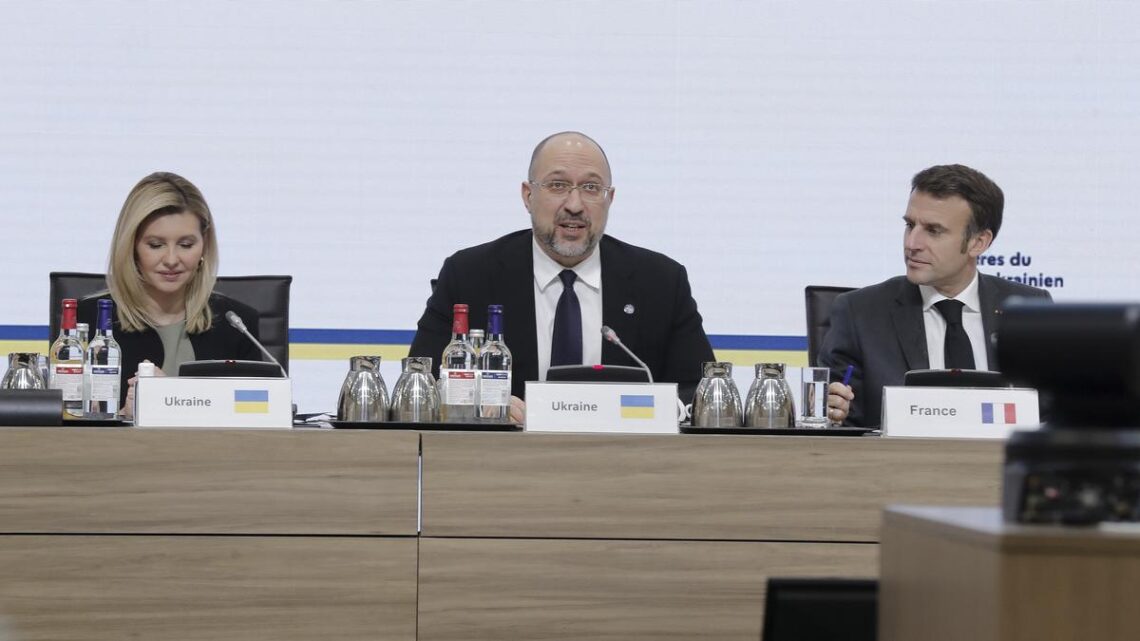 Dozens of countries and international organisations were throwing their weight behind a fresh and urgent push on December 13 to keep Ukraine powered, fed, warm and moving in the face of sustained Russian aerial bombardments that have plunged millions into the cold and dark in winter.

An international donor conference in Paris was expected to raise and help coordinate many tens of millions of dollars of aid — both financial and in kind — to be rushed to Ukraine in coming weeks and months to help its beleaguered civilian population survive winter’s freezing temperatures and long nights.

French President Emmanuel Macron, in a speech opening the conference, described Moscow’s bombardments of civilian targets as a war crime. He said the Kremlin is attacking civilian infrastructure because its troops have suffered setbacks on the battlefields. Moscow’s intention is to “plunge the Ukrainian people into despair,” Mr. Macron said.

As temperatures plunge and snow falls, Ukraine’s needs are huge and pressing. Successive waves of missile and drone attacks since October have destroyed about half of Ukraine’s energy infrastructure, the government in Kyiv says. It says Russia is trying to create a fresh wave of refugees to Europe. Russia says striking civilian infrastructure is intended to weaken Ukraine’s ability to defend itself.

In Ukraine, life for many is becoming a battle for survival. “Globally we need everything,” said Yevhen Kaplin, who heads a Ukrainian humanitarian group, Proliska, providing cooking stoves, blankets and other aid to front-line regions and away from the battlefields.

With “the shelling, the missiles strikes and strikes on the infrastructure, we can’t say whether there will be gas tomorrow, we can’t predict whether to buy gas stoves or not,” he said. “Every day the picture changes.”

Specifically, the Paris conference is to focus on helping Ukraine meet its needs for water, power, food, health and transport during the coming months through to the end of March. The meeting’s French organisers say the aid drive will also send a message to the Kremlin that the international community is sticking by Ukraine against Russia’s aerial bombardments that have savaged the Ukrainian power grid and other key infrastructure.

Sweden was among the first nations attending the meeting to pledge more aid. Its Foreign Trade Minister, Johan Forssell, announced a contribution of 55 million euros ($58 million) for humanitarian aid and the rebuilding of schools, hospitals and energy infrastructure.

As winter bites, “we need to do whatever we can to help improve conditions in Ukraine and also help them to fight off the Russian invaders,” he said. “We’re here for them as long as it takes.” The meeting also aims to put in a place a system to coordinate international aid this winter, mirroring the way that Western nations supplying weapons coordinate their military support. A web-based platform will enable Ukraine to list its civilian aid needs, and allow donors to show what they’ll supply in response.

The conference’s French organisers say they are expecting more than 45 nations and 20 international institutions to take part.

At least 100 people killed by floods in capital of Congo