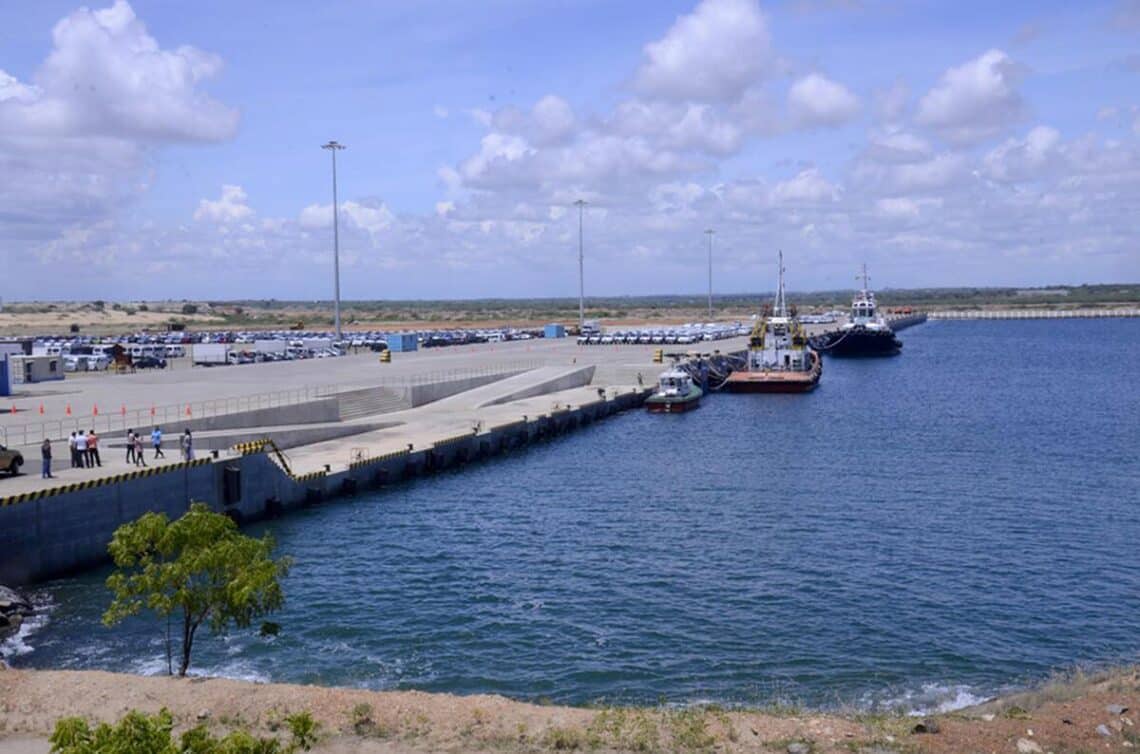 
A view of the Hambantota port. File

As Sri Lanka works hard to obtain financing assurances from its diverse creditors — a pre-requisite for the provisional $2.9 billion-IMF package — the loans obtained from China, the island nation’s largest bilateral lender, have come under sharp focus.

Earlier this week, Governor of the Central Bank of Sri Lanka Nandalal Weerasinghe told reporters that if Sri Lanka missed the December deadline [to report to the IMF], “we still have time until January”. While authorities maintain that negotiations with creditors are “progressing well”, they are yet to spell out where exactly the government’s debt restructuring efforts stand, amid concerns over the apparent delay.

Months after opting for a pre-emptive and disorderly default on its $ 51 billion foreign debt, Sri Lanka reached a staff level agreement with the International Monetary Fund in September. The government said the programme would put Sri Lanka’s battered economy on a path of recovery and reform, making the bankrupt country eligible to borrow again from international sources. The IMF made its support contingent on Sri Lanka obtaining adequate financing assurances from all its creditors. While private lenders, mainly holders of International Sovereign Bonds, account for the largest chunk of Sri Lanka’s external debt, China, India, and Japan are the top three bilateral creditors, and play a crucial part in the ongoing negotiations.

Speaking in Parliament on Wednesday, Opposition legislator from the Tamil National Alliance Shanakiyan Rasamanickam accused China of stalling Sri Lanka’s IMF deal and “forcing down” unnecessary projects by “paying bribes” to Sri Lankans. “If China is truly Sri Lanka’s friend, ask the Chinese to help with the [debt] restructuring and the IMF programme,” he said. Referring to Rajapaksa-era mega infrastructure projects in Hambantota and Colombo, funded by the Chinese, the Batticaloa MP said: “That is not China being Sri Lanka’s friend, that is China being Mahinda Rajapaksa’s friend.” The Rajapaksa brothers and their government were dislodged by mass anti-government public agitations earlier this year amid crippling shortages.

Responding to the TNA legislator on twitter, the Chinese Embassy said working teams of different Chinese banks had visited the island, and “bilateral negotiations are on”. The Embassy’s tweet contended that his understanding was “incorrect and incomplete.”

China will have to play “a major role” in Sri Lanka’s debt restructuring process, with US$ 7.4 billion or 19.6 % Sri Lanka’s outstanding public debt owed to China at the end of 2021, a recent paper by Sri Lankan Economists Umesh Moramudali and Thilina Panduwawala has noted. “It will be the first time a major Asian Belt and Road Initiative borrower is going through the process… China’s approach to Sri Lanka’s debt restructuring and the extent of debt relief offered will set a precedent for China’s role and behaviour in other countries as well,” the authors observed in their research study published by the China Africa Research Initiative, at the Johns Hopkins University School of Advanced International Studies in Washington D.C.

Diplomatic sources in Colombo said they were awaiting more “clarity” on the exact process of debt restructuring, on whether Sri Lanka is adhering to the principle of “comparative and equitable treatment” of all creditors, and the “salutary effect” the process might have on the Sri Lankan economy. “It also appears that Sri Lanka is now more focussed on getting FDIs and resuming trade pacts with various countries rather than expediting debt restructure talks,” a Colomb-based diplomat said.

Despite creditors publicly pledging support to Sri Lanka’s efforts to restructure its debt, the process is taking longer than Colombo anticipated. On where the apparent delay lies, Shehan Semasinghe, Minister of State for Finance, told The Hindu: “It is hard to point to one source of delay. We are in constant consultation with our creditors, our advisers, and the IMF to expedite the process. I must say all our creditors are being very supportive.”

Will stand and fight again against what is wrong: Bilkis Bano