In her many films, Preity Zinta has been a part of some of the best ballads. Read and listen to some of the beautiful songs that have been depicted on her. 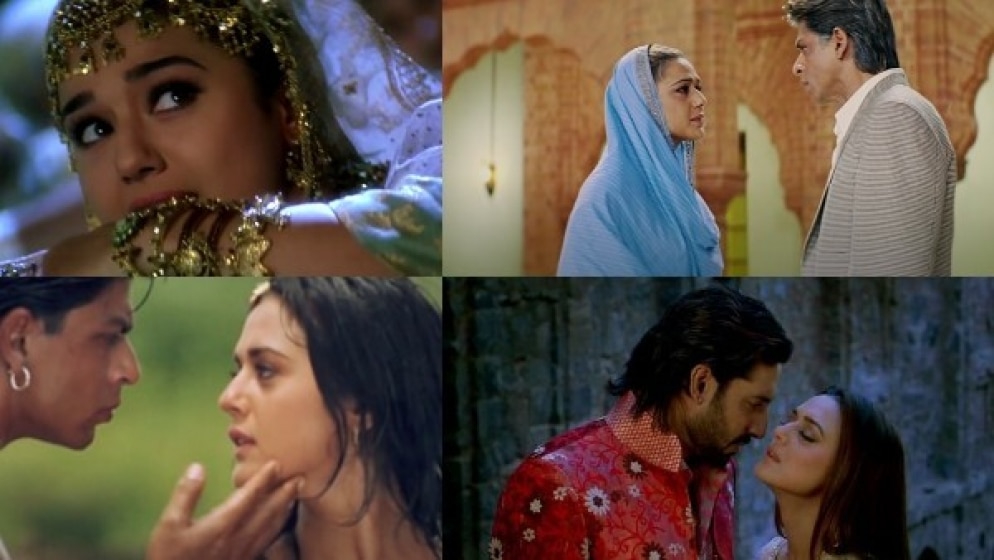 Preity Zinta, the dimpled beauty of Bollywood, has always made news, from her acting debut in Dil Se opposite Shah Rukh Khan to her brave stance toward her affairs and eventually her marriage to Gene Goodenough.

She rose to prominence after appearing in a Liril commercial, which brought her to the attention of Bollywood producers.

Even though Preity Zinta has been absent from the silver screen for a long time, her earlier performances are enough to rekindle your love for her.

She has captivated millions of hearts with her on-screen appearances and also has a string of popular songs which we love and today we are celebrating those songs.

This lovely music by Shaan tells the narrative of someone who has been in love and then lost it. “Humko maloom hai Ishq masum hai, Dil se ho jaati hai galtiyaan,” we listen to this song.

This one is about their first grin, the time you couldn’t stop staring at their beautiful face, and your continual desire to meet them. You have no idea what it is until “Kuch Toh Hua hai” plays.

Well, this song was written specifically for her. The overall atmosphere of this song is great. Everything is “Sone ka rang hai, sheeshe ka ang hai, hairaan main bhi hoon.”

Rahat Fateh Ali Khan’s music is wonderfully intertwined with the words. This lovely piece was written by none other than the magician himself, ‘Gulzar.’

This is a charming little debate between someone who believes in love and someone who wishes to avoid it. When these tunes reigned in the music industry, life was so much easier.

Flowers and brightness abound in this tune. Even one’s tantrums seem pleasant when one is in love. “Par gusse mein jo aaye…My dil goes mmm” Whether we admit it or not, we all enjoyed humming it.

Words may be inadequate to explain the beauty of this object. The voice of silence is “Kitni baatein.”

The silent tears, the silent want to be with them, the endless fruitless attempts to express their feelings, and a slew of other emotions.

Veer Zara’s entire album is gold. “Do Pal,” on the other hand, is a one-of-a-kind song. It is about two lovers who are separated by time and space.

“Tum the ke thi koi ujli kiran, tum the ya kayi kali muskaayi thi” is what we live for.

Back then, ‘Bumbro Bumbro’ from Mission Kashmir was the ultimate dance number. Each of us remembers the hook step quite vividly.