Explained | The upcoming nurses’ strike in the U.K. 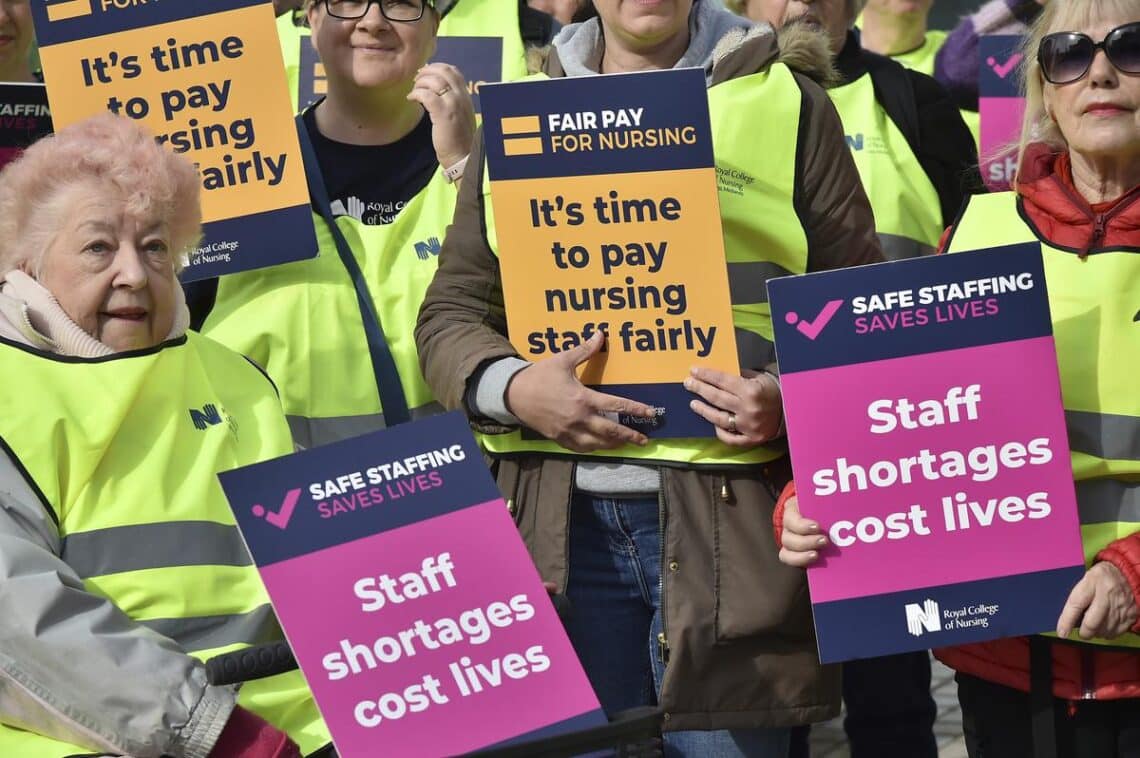 The story so far: Nurses in England, Scotland, and Wales on Tuesday voted to go on strike in what is being called the biggest industrial action in the 106-year history of the Royal College of Nursing (RCN). According to RCN, the action is expected to begin before the end of the year and may ast until May 2023. Emergency care will remain intact, but RCN members will walk out of hospitals and community teams.

What is the strike all about?

The U.K. is going through one of its worst periods of inflation. British consumer price inflation (CPI) rose to 10.1% in July, its highest since February 1982. Inflation already accelerated to 7% in the 12 months through March, the highest annual rate since March 1992. Economists predicted that the U.K. is set to see its biggest drop in living standards since the mid-1950s due to rocketing energy costs, rising food prices and tax increases.

After months of negotiations, discussions, and demands, the U.K. government announced a pay rise of at least £1,400 to National Health Service (NHS) employees in July 2022 for those covered by the Agenda for Change framework (of which doctors, dentists, and very senior managers are not a part). This is a rise of approximately 4-5%, The Guardian reported.

Health unions, however, have rejected the offer. They are demanding that the pay rise matches inflation, which is currently over 10%, while the RCN is demanding inflation plus 5%, the report added.

On a visit to Croydon University Hospital, patient Catherine Poole, 77, tells Prime Minister Rishi Sunak “you need to look after [the NHS]”https://t.co/z3BNXigGaPpic.twitter.com/W6NIfeJKkb

In Scotland, the government offered a single-year pay deal for NHS Scotland employees covered by Agenda for Change. The country’s government committed an overall financial envelope of £342 million— a pay rise of approximately 5% across bands. The offer was revised to an overall financial envelope of £480m to uplift Agenda for Change pay rates in October 2022, which would translate to a 7% raise for NHS staffers. The offer was rejected by NHS Scotland. There was no similar offer made to nurses in Northern Ireland due to the lack of a working government, BBC said.

The strike will cover some of the biggest hospitals in the U.K., including those under the Guys and St Thomas NHS Trust, which treated former Prime Minister Boris Johnson during the initial stage of the Covid-19 pandemic, the Royal Infirmary of Edinburgh, University Hospital of Wales in Cardiff and Royal Victoria Hospital in Belfast.

“Anger has become action – our members are saying enough is enough. The voice of nursing in the UK is strong and I will make sure it is heard. Our members will no longer tolerate a financial knife-edge at home and a raw deal at work,” RCN General Secretary and Chief Executive Pat Cullen said.

Nurses across Northern Ireland and Scotland voted for the industrial action. In Wales, only one health board held back. The postal ballot for the strike took place between October 6 and November 2. It was called following NHS Agenda for Change pay announcements earlier in 2022, which RCN says left experienced nurses 20% worse off in real terms compared to a decade ago.

Run by RCN, the Fair Pay for Nursing campaign demands protection of the profession by the government through investment that secures a pay increase that is 5% higher than the cost of living.

Fair Pay for Nursing was launched in August 2020, a few months after the Covid-19 pandemic first hit. According to the campaign, nursing in the U.K. is “understaffed and undervalued”.

Fair Pay for Nursing— at a glance

– Recognises that salary of nursing professionals has consistently fallen below inflation and must rise significantly, accounting for the ongoing cost of living crisis
– Values training, qualifications, skills, responsibilities and experience of the nursing staff
– Seeks to ensure that nursing is seen as an attractive, rewarding profession to tackle the understaffing
– Aims to secure a pay increase that is 5% above inflation

(With inputs from agencies)