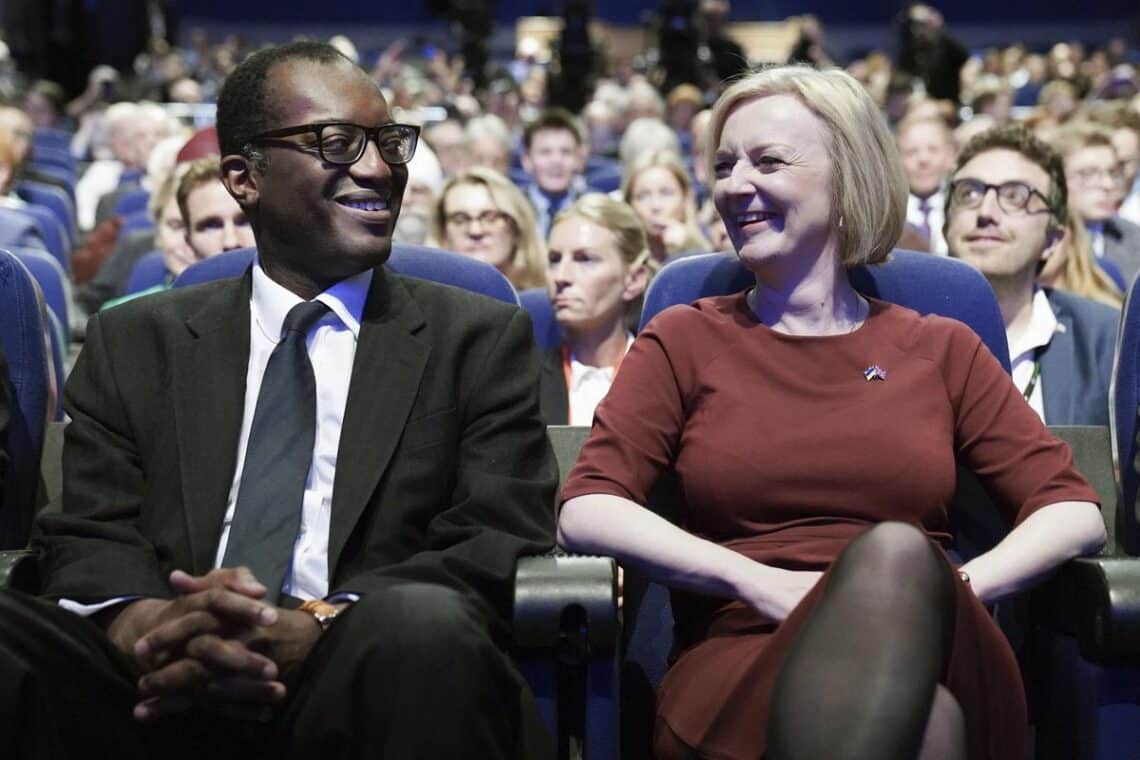 Why did the new Prime Minister’s policies on tax cuts for the highest earners turn out to be controversial and lead to a free fall in the economy? Is the Conservative party planning to oust her and replace her with the Sunak-Mordaunt duo? What lies ahead?

Why did the new Prime Minister’s policies on tax cuts for the highest earners turn out to be controversial and lead to a free fall in the economy? Is the Conservative party planning to oust her and replace her with the Sunak-Mordaunt duo? What lies ahead?

The story so far: On Friday, British Prime Minister Liz Truss fired Chancellor of the Exchequer Kwasi Kwarteng and dropped parts of their economic package that had been announced to tackle burgeoning inflation and sooth market turbulence.

When did the trouble begin?

The U.K. economy has veered dangerously toward free fall in recent weeks as Ms. Truss and Mr. Kwarteng fumbled their way through defining a clear economic strategy, while persisting with their stated goal of spurring economic growth in the post-Brexit scenario. Their troubles began shortly after September 6 when Ms. Truss took over from her predecessor, Boris Johnson, who left Downing Street under a cloud after an internal party rebellion over his involvement in the “party-gate” scandal. At the time she vowed to make the Conservative Party respectable and electable again. Yet even as she entered office, her Cabinet stared at a looming energy crisis partly driven by the instability stemming from energy supply disruptions associated with Russia’s Ukraine war. While she appeared to act decisively in early September to assure British families, struggling to pay their gas bills, of an energy price guarantee and subsequent cost savings, it was her broader plan to cut income tax for the highest earners in the U.K. and to scrap a corporate tax hike that was in the firing line.

What has been the fallout of the policies?

Her now infamous mini budget of September 23 outlining these proposals caused such a turbulence in the markets that the Bank of England (BoE) was compelled to step in to help the pensions industry survive skyrocketing government borrowing costs, a crashing pound and soaring mortgage rates. Ms. Truss fired Mr. Kwarteng and replaced him with Jeremy Hunt, a former Minister under ex-Prime Ministers Theresa May and David Cameron, who was incidentally a leading supporter of Ms. Truss’s rival for the leadership of the Conservative Party, Rishi Sunak. Some see this as Ms. Truss’s attempt to bring her opponents within the party to her side before she faces a rebellion of the sort that unseated Mr. Johnson.

Why have these proposals been unpopular?

The Truss Cabinet has primarily been criticised for what Mr. Sunak has called the “fantasy island economics” of slashing revenue sources without adequately funding the large fiscal hole that such a give-away would create. The recent proposals have also been attacked as the wrong priority given the more immediate concern surrounding runaway inflationary trends triggered by global commodity price fluctuations, convulsions in the energy market and the supply side constraints of a post-Brexit economic structure.

The first policy that the Truss-Kwarteng duo came up with to kick-start the U.K. economy was a plan to abolish the 45% top rate of income tax for people on incomes of £1,50,000 or higher. A second policy in a similar vein was the proposal to scrap a planned increase in corporate tax from 19% to 25% starting next April. Together, the two measures amounted to £45 billion in unfunded tax cuts. Almost immediately after Mr. Kwarteng announced these measures, the yields on 10-year government bonds jumped dramatically, from 3.5% to 4.3% and then settled at nearly 4.05% after the BoE intervened with an emergency £65 billion bond-buying programme to stabilise the market. It is broadly agreed that a rise in gilt yields, effectively the cost of borrowing to the U.K. government, indicates a lack of confidence in the market to purchase the government’s debt, likely in the belief that it has ballooned out of control or that sufficient mitigation measures are not in place to bring such debt back to sustainable levels.

The cost of borrowing has continued to rise despite the Truss government’s U-turn on its two controversial tax policies, firstly after the BoE’s emergency programme ended, and secondly after a recent press conference where Ms. Truss doggedly refused to show any contrition for the economic turmoil her plans may have caused.

What are the political ramifications of the crisis?

There is a common perception that the Truss government, if not already on its last legs, may not have long to go before its embarrassing display of tone-deaf economic policymaking completely undercuts its weak political standing. At the moment it looks likely that Ms. Truss could be ousted from office before the next general election, which is set to happen by January 2025 or sooner. Rumours abound of a group of Conservative lawmakers said to be making plans to get Ms. Truss out of Downing Street by Christmas 2022, and installing in her stead a “moderate dream ticket” comprising Mr. Sunak and Penny Mordaunt, who has served as Minister and Secretary of State under Mr. Johnson and Margaret Thatcher respectively. Both members are acknowledged to be Conservative Party heavyweights and challengers to Ms. Truss in the recent leadership contest.

What steps would be required to mitigate the crisis?

While the Truss government’s U-turn on the unfunded tax cuts may temporarily ameliorate the turmoil in markets and prevent further economic damage, deeper macroeconomic changes are required to bring the U.K. back to a stable path of economic growth and manageable inflation levels. On the one hand the executive must refrain from shooting itself in the foot by undermining the BoE’s attempts to get a handle on inflation, now nearly 10% in the U.K. The BoE has been attempting to do so through a series of interest rate hikes aimed at moderating business and consumer spending. An unfunded fiscal programme with knock-on effects on the cost of borrowing and government bond prices limits the ability of the BoE. Second, on public expenditure, what might be required in the long term to develop the U.K. economy that can face the challenges of the 21st century is a more visionary public investment programme similar to the European Union’s trillion-dollar climate and digitalisation scheme or the U.S.’s expansive climate and infrastructure programme.

ED is 'completely independent' in what it does; not used for vindictive purpose: Finance Minister Sitharaman