Explained | Why was former Theranos CEO Elizabeth Holmes given 11 years in prison? 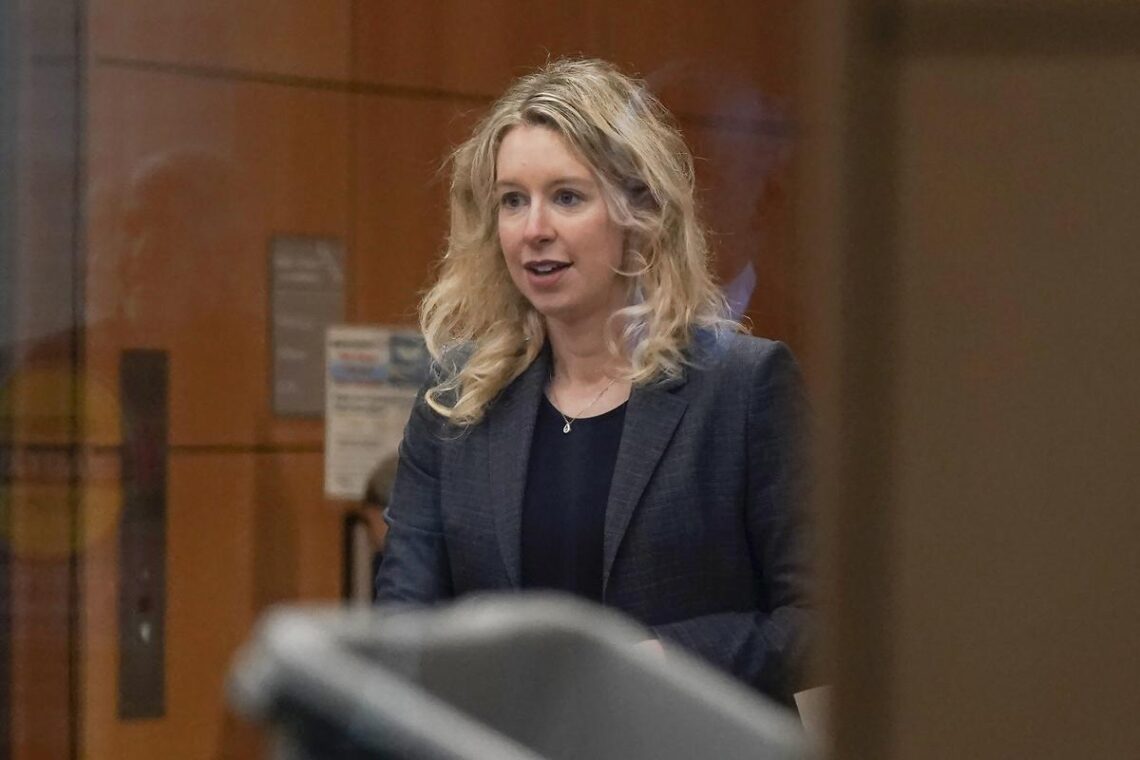 
The story so far: More than three years after the winding up of her failed blood-testing startup Theranos, once-Silicon Valley star Elizabeth Holmes, 38, was sentenced to over 11 years in prison by a United States District Court last week for defrauding investors of her firm, which had promised to revolutionise blood-testing technology.

Federal prosecutor Robert Leach described the Theranos scam as one of the most egregious white-collar crimes ever committed in Silicon Valley. District Judge Edward Davila did not grant the leniency in sentencing requested by Ms. Holmes’ lawyers, who had sought 18 months of house arrest. The defense team also submitted letters of support from family, friends and colleagues, highlighting that she meant well and that she was a dedicated mother to a one-year-old son, currently pregnant with another child.

Ms. Holmes must surrender to custody on April 27, 2023. She is expected to appeal the verdict.

Who is Elizabeth Holmes?

In 2003, Ms. Holmes, 19, at the time, was in her first year at Stanford University’s School of Chemical Engineering and dropped out to start Theranos, which was initially called Real-Time Cures. Her first idea was to develop an arm patch that could scan wearers for infectious diseases and release antibiotics for the same but the product never materialised.

According to the BBC, the former CEO belonged to a well-off home in Washington DC and her parents worked as bureaucrats in Capitol Hill. Those who knew her as an adolescent described her as a polite but withdrawn kid. In a letter to her father, Ms. Holmes, nine at the time, wrote about wanting to discover something “mankind didn’t know was possible to do”.

Soon after dropping out of Stanford, Ms. Holmes began dating software engineer Ramesh “Sunny” Balwani, who is 20 years older than her. Mr. Balwani would go on to become a Theranos investor, COO and eventually an accomplice in her crimes. During her testimony in the trial, Ms. Holmes said she was sexually and emotionally abused by Mr. Balwani during the course of their relationship.

After being established, Theranos ran its operations in secrecy for a decade before beginning to publicise its blood-testing technology in 2013. The Theranos website said that its technology could detect more than 200 medical conditions that included cholesterol, thyroid, herpes, and even cancer in just about 15 minutes, using a testing device called Edison to analyse just a few drops of blood collected in a tiny vial called the ‘nanotainer’ through a finger prick. The idea for the firm’s supposedly revolutionary testing technology was rooted in Ms. Holmes’ often publicly acknowledged phobia of the needles used for drawing blood for lab tests, which she believed made many patients reluctant to get tested.

The first Theranos tests hit the market at the end of 2013 when the company established ‘wellness centres’, several of which were inside Walgreens drugstores.

It was around this time that Silicon Valley witnessed the dramatic but short-lived rise of Ms. Holmes. Her promise of having discovered a never-before-achieved technology raked in powerful investors and board members and her company was valued at a cool $9 billion at the time, with her own stake being $4.5 billion. In 2011, the former U.S. Secretary of State George Shultz joined the Theranos board. In the years that followed, a lot of people with government experience joined the board, including former Secretary of Defence William Perry, former Secretary of State Henry Kissinger, and four-star General James Mattis, who later became Secretary of Defence. Ms. Holmes also got the backing of media mogul Rupert Murdoch and one of America’s richest families, the Waltons.

Magazines rushed to feature Ms. Holmes on their covers and she topped the Forbes list of ‘America’s 50 Richest Self-Made Women’ in 2015. While her black turtlenecks had already invited comparisons with Apple’s Steve Jobs, the American business magazine Inc. described her as the “next Steve Jobs” on its cover.

What did her firm Theranos do?

It was around early 2015 that Theranos’ narrative of a successful novel technology began to fall apart. A former employee became a whistleblower and flagged concerns about the testing device Edison. The Wall Street Journal came out with a series of investigative reports exposing that the results provided by Theranos devices were often unreliable or inaccurate. Former employees revealed that the said devices were only able to test 15 medical conditions, a fraction of what Theranos promised.

Additionally, the WSJ reports also revealed that to diagnose a host of conditions, the firm had been using conventional, commercially available testing machines manufactured by other companies such as Siemens. Former employees also said that the few drops of blood drawn from patients would be diluted to be tested by conventional machines, increasing the scope of inaccuracy. In a test to measure potassium levels, for instance, the diluted blood once gave results showing potassium levels so high that patients “would have to be dead for the results to be correct,” an ex-employee told WSJ.

Former employees have also come out over the years and recounted their memories of a company that was extremely secretive in its operations and that nurtured a culture of paranoia. The technology and its workings were out of bounds to the outside world. The employees also revealed the huge gap that existed between the promise and the real performance of its testing device. In 2015, the Journal of the American Medical Association (AMA) criticised Theranos for not publishing its research in any peer-reviewed journals.

This was followed by one lawsuit after another and many partners pulling out. In 2016, in a regulatory crackdown, U.S. authorities placed a two-year ban on the Theranos blood-testing service, and the company had to wind up operations in 2018. Also in 2016, Theranos investor Partner Fund Management sued the company for securities fraud, claiming that it lied about its technology to get the investment. The companies later settled the suit. In 2018, Ms. Holmes also had to settle a civil suit with American regulators who alleged that she duped investors of $700m.

The recent sentence of 11 years and three months relates to a 2018 suit when the U.S. Securities and Exchange Commission (SEC) charged Theranos, Ms. Holmes and Mr. Balwani with securities fraud- “two counts of conspiracy to commit wire fraud and nine counts of wire fraud”. The allegation was that they defrauded doctors, patients, and investors.

The trial began last year, and a jury deliberated the charges against Ms. Holmes for days. The former CEO pleaded not guilty and, in her testimony, tried to deflect blame. She accused her former boyfriend Mr. Balwani of emotional and sexual abuse that contributed to her flawed judgement and actions at the time. She did, however, express regret for harshly treating the whistleblower and media who published exposes about Theranos. She also acknowledged falsifying documents with logos of companies like Pfizer, saying they backed her testing technology.

Holmes was convicted by the jury on four counts of investor fraud and conspiracy in January and was sentenced on November 18 this year in the same courtroom in San Jose, bringing to an end a long saga that inspired an HBO documentary and an award-winning Hulu series. At the time of sentencing, Ms. Holmes broke down and said “I regret my failings with every cell of my body.”

Mr. Balwani, in a separate trial was convicted in July on 12 counts of fraud and conspiracy, and his sentencing is scheduled for December 7.

What did the trial bring up about Silicon Valley startup culture and FDA scrutiny?

While many of Silicon Valley’s big names have tried to emphasise that the Theranos scam was not a representation ofSilicon Valley as it was not a tech company but one that provided heathcare products. However, both Ms. Holmes’ lawyers and Judge Davila acknowleged that the culture of hype and amplification of ideas, which is part of the Silicon Valley playbook was central to the rise of then Palo Alto-headquartered Theranos. While Ms. Holmes was on magazine covers and panel discussions that featured former American President Bill Clinton, many later pointed out that she would deflect questions about her technology but was able to garner huge investments.

Judge Davila said that Theranos was dashed “by misrepresentations, hubris and just plain lies”. Federal prosecutor Robert Leach, in a scathing 46-page memo, urged the judge to send a message to curb the hubris and hyperbole unleashed by the tech boom of the last 30 years. Notably, during her testimony, Ms. Holmes’ lawyers discussed the amplified optimism of the tech industry and the former CEO herself said that investors were not interested in the details of “today or tomorrow” but in what kind of change her technology could make.

Another important aspect of the Theranos saga is that it managed to function despite the strict scrutiny of medical devices by the U.S. Food and Drug Administration (FDA), possibly by exploiting some loopholes. Theranos’ tests were allegedly categorised as laboratory-developed tests (LDTs), which mean “a type of in vitro diagnostic test that is designed, manufactured and used within a single laboratory.”

The FDA decided years ago that it would not have pre-market reviews of these kinds of tests, which, for Theranos, meant not requiring evaluation by regulators before offering its tests to patients. The FDA has also admitted that this provision may lead to faulty diagnoses and therapies for a host of conditions.

Amid infighting within Cong., Rajasthan readies for Bharat Jodo Yatra