8 films you didn’t know were based on literary works

There are a plethora of films that are quite popularly based on literary works, such as novels and dramas but there are many that we don't know find their source in books. Here are some movies that you probably didn't know were based on films. 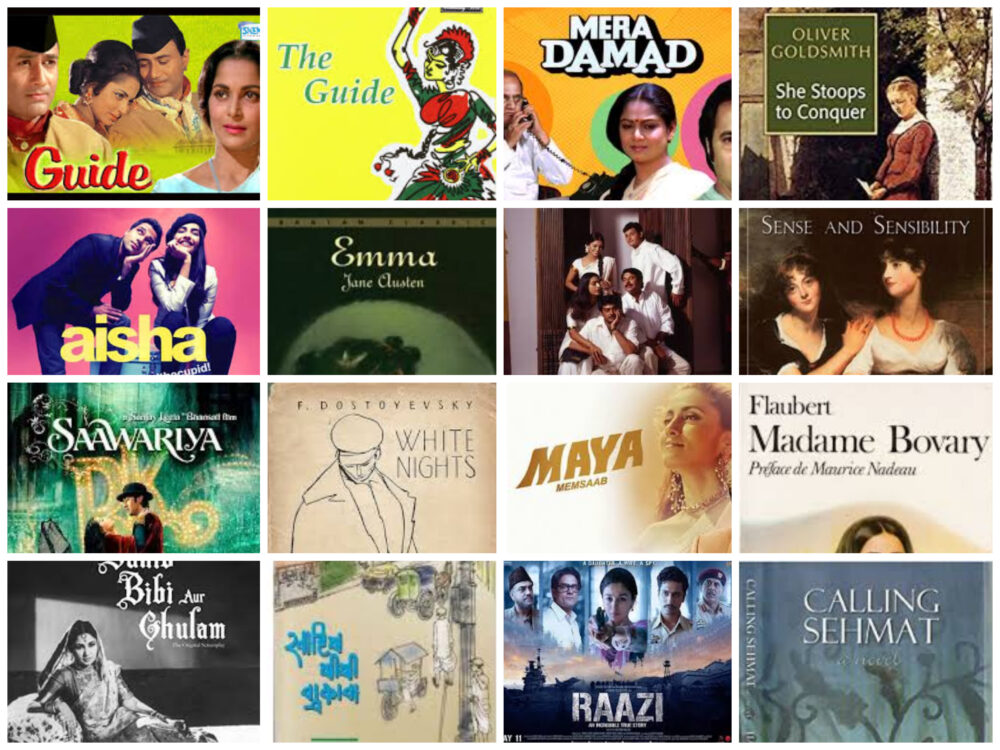 Films and literature work as a mirror of life, that represents several distinct realities of life, and often the former adapts from the latter.

It is present in every film industry, but when we think of Hindi films being based on literature, we think of only Angoor or Devdas or Vishal Bhardwaj’s trilogy of Shakespeare’s adaptations including Maqbool, Omkara and Haider but there are several other films that borrow a great deal from literature. So, here is a list of 8 films that you didn’t know were based on literary works.

Guide is a 1964 Indian romantic drama film starring Dev Anand and Waheeda Rehman. It was directed by Vijay Anand, Guide was highly successful at the box-office upon release. It went on to become a Bollywood classic and proved to be memorable for its highly acclaimed performances by the lead actors. The film encompasses the spiritual journey of a man from being a tourist guide to being someone looking answers to deep philosophical questions. The film is based on the 1958 novel The Guide, by R. K. Narayan.

Mera Damad is a 1985 family-drama Indian Hindi film directed by Partho Ghosh and stars It stars Utpal Dutt, Ashok Kumar, Farooq Sheikh, Zarina Wahab, Rakesh Bedi, Prema Narayan, Tariq Khan in lead roles. The film is about a trick being played on a man who is visiting his would-be in-laws, due to this trick he believes he is living in a hotel and what follows after is a hilarious turn of events but what is more interesting is that the film follows the exact same structure as She Stoops to Conquer which is a comedy drama by Oliver Goldsmith but does not acknowledge it.

Yet another adaptation of Jane Austen and a good one at it is the Tamil film Kondukondian Kondukondain. The 2000 film is an adaptation of Jane Austen’s 1811 bildungsroman, Sense and Sensibility. The film was directed and co-written by Rajiv Menon, and features an ensemble cast of Mammootty, Ajith Kumar, Taby, Aishwariya Rai and Abbas and follows the love life of two sisters having opposing dispositions.

A magically and beautifully picturized tale by Sanjay Leela Bhansali, Saawariya  is inspired by Fyodor Dostoevsky’s short story, ‘White Nights.’ It is about a cheerful guy Raj played by Ranbir Kapoor and Sakina (Sonam Kapoor) and is narrated by a prostitute (Gulabjee played by Rani Mukherjee)

A film with an amazing cast and an unusual subject, Maya Memsabah went unnoticed by the audience because the Indian audience could not digest it. The 1993 mystery Drama followed the story of a married woman who upon spending much time alone on account of her husband being busy develops an affair with a much younger man. The film is based on a French novel Madame Bovary, written by Gustave Flaubert.

Sahib Bibi Aur Ghulam is a 1962 Indian Hindi -language musical tragedy film produced by Guru Dutt and directed by Abrar Alvi. The central theme of the film is the tragic downfall of feudalism in Bengal during the colonial period and the inability of the landed gentry to cope up with the fall. The film is based on a 1953 Bengali novel by the name of Saheb Bibi Golam written by Bimal Mitra.

The 2018 Hindi language spy thriller film directed by Meghna Gulzar, stars Alia Bhatt and Vicky Kaushal in central roles and entails the journey of a  young female spy married to a Pakistani Military officer as part of an operation upon her father’s request in order to get her hands on the Pak Military secrets. Raazi is based on the 2008 novel Calling Sehmat written by Harinder Sikka.

Also Read: 10 Most Expensive Golf Courses in the World

Also Read : Colleen Hoover – It Ends With US Book Review