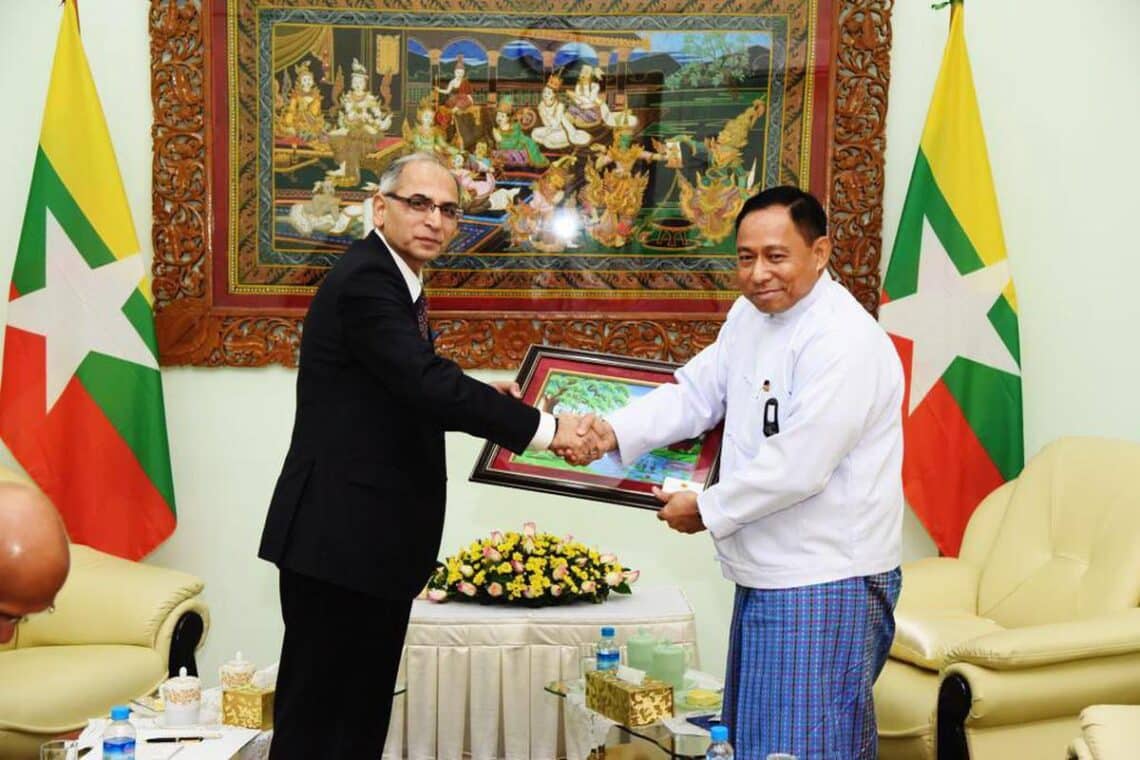 Foreign Secretary Vinay Kwatra interacted with members of Myanmar’s military junta regime during his visit to the country this week, engaging in a discussion on border management, human trafficking issues and infrastructure projects.

In a departure from the past, however, he did not meet with leaders of the deposed National Unity Government, which was toppled in a military coup in February 2021, and did not demand the release of detainees, including leader Aung San Suu Kyi, indicating a possible softening of New Delhi’s position on the country’s ruling military government.

A tweet by the MEA spokesperson mentioned talks were held about Myanmar’s “democratic transition”, but the official press release made no mention of any discussions on the restoration of democracy, or the release of those detained.

“During his meetings with the senior leadership of Myanmar, Foreign Secretary discussed maintenance of security and stability in the border areas of India and Myanmar; raised the issue of human trafficking by international crime syndicates in the Myawaddy area of Myanmar in which many Indian nationals have been caught and reviewed bilateral development cooperation projects,” said the MEA statement, which also referred to projects like the Kaladan Multimodal Transit Transport Project and the Trilateral Highway. A tweet by the MEA spokesperson issued a few hours later added that Mr. Kwatra had held discussions on “India’s support to democratic transition in Myanmar”.

“[Mr. Kwatra and Mr. Lwin] cordially discussed and exchanged views on enhancing the existing friendly bilateral relations and promoting cooperation between the two countries in the areas, inter alia, trade, investment, and ongoing development projects, strengthening closer collaboration in regional and multilateral contexts, including the Shanghai Cooperation Organization and the United Nations, and other matters of mutual interests,” a statement issued on the regime’s national portal said. India has taken over as SCO President, and Myanmar has been designated a dialogue partner by the grouping this year, which means New Delhi has to decide whether to invite a member of the regime for SCO meetings in 2023.

The language in the MEA statement was in sharp contrast to the last visit by then Foreign Secretary Harsh Shringla, who travelled to Myanmar in December 2021 and held meetings with members of civil society and political parties, including the Suu Kyi-led National League for Democracy, in addition to his official meetings with military leaders. Members of the former National Unity Government are either in prison or in hiding, after they were declared “terrorists” by the government and had their citizenship revoked. The statement released by the MEA last year had emphasised India’s “interest in seeing Myanmar’s return to democracy at the earliest; release of detainees and prisoners; resolution of issues through dialogue; and complete cessation of all violence” and had expressed support for the ASEAN five-point consensus.

The visit by Mr. Kwatra was particularly significant as it comes just a week after the ASEAN (Association of Southeast Asian Nations) blocked Myanmar coup leader General Min Aung Hlaing from attending its summit in Cambodia, leaving an empty chair for Myanmar at the table. An ASEAN statement also noted that the Myanmar military had not kept its commitments on the restoration of the democratic process, and release of democratically elected leaders who have been jailed since the coup and given harsh prison sentences, and issued what it called a “strong message or warning” to Myanmar’s military leaders.