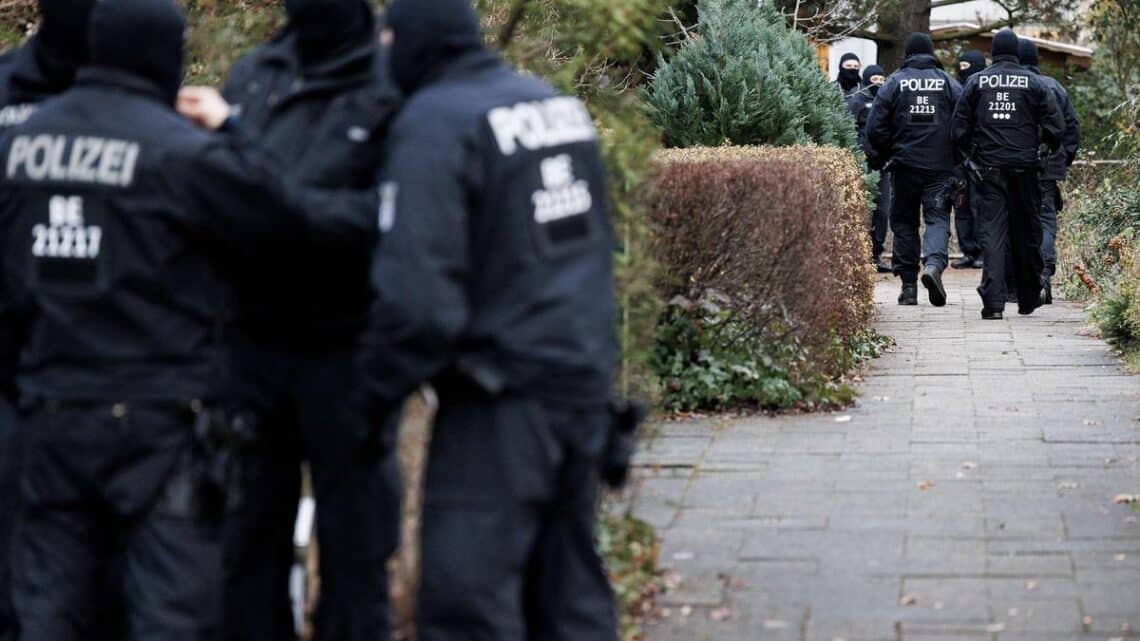 
Police personnel stand outside a residence that they raided on December 7, 2022 in Berlin. German law enforcement agencies conducted nationwide raids and arrested 25 people whom they claim are in an organisation bent on violently overthrowing the German government.
| Photo Credit: Getty Images

A prince, an ex-MP and former soldiers were arrested on Wednesday in raids led by the German police against members of a far-right “terror group” that allegedly planned to attack parliament and overthrow the government.

The group had organised a “council” to take charge after the putsch, as well as a “military arm that would build a new German army”, chief federal prosecutor Peter Frank said at a press conference.

President Frank-Walter Steinmeier told a radio station that he was “deeply concerned” by the alleged plot, describing it as a “new level”.

Around 3,000 officers including elite anti-terror units took part in the early morning raids and searched more than 130 properties, in what German media described as one of the country’s largest-ever police actions against extremists.

After the nationwide raids the prosecutors in Karlsruhe, southern Germany, said they had arrested 25 people, including one in Austria and another in Italy, and identified a further 27 people as suspected members or supporters of the network.

Those arrested are accused of having formed a group that “had set itself the goal of overcoming the existing state order in Germany and replacing it with their own kind of state”, they said. “The accused are united by a deep rejection of state institutions and the free, democratic basic order of the Federal Republic of Germany.”

They allegedly planned to appoint one of the arrested suspects, identified by local media as aristocrat and businessman Prince Heinrich XIII Reuss, as Germany’s new leader after the coup. Heinrich XIII had already sought to make contact with Russian officials to discuss Germany’s “new state order” after the coup, prosecutors said.

Birgit Malsack-Winkemann, a former MP for the far-right AfD party and Berlin judge, was also among those arrested.

The Reichsbuerger movement includes far-right extremists, conspiracy theorists and gun enthusiasts who reject the legitimacy of the German republic.