“Haseen Dillruba” : Ending Explained | Who Is The Killer ?

'Haseen Dillruba,' a new Netflix original, is a psychological thriller that pushes the borders of love and crime. If you have already watched the movie and not understood the ending, you are at the right place. 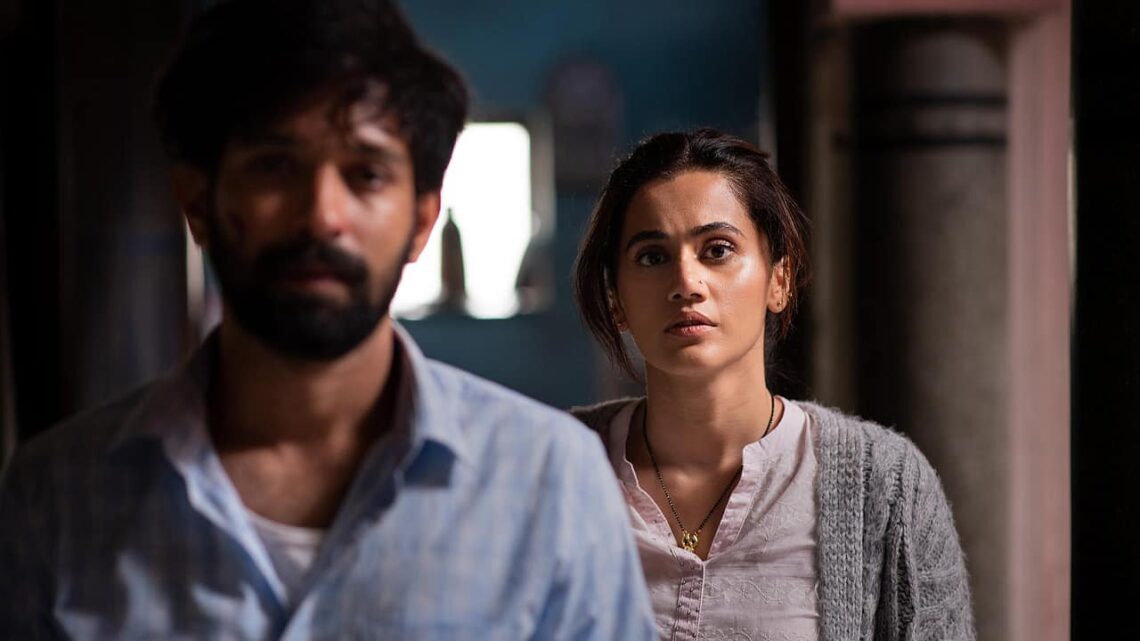 The Movie ‘Haseen Dillruba,’ begins with a playful and entertaining tone and concludes with an absurd ending that may put you in a situation of dilemma concerning the movie. The 120 minutes fly by in what feels like four hours. We get to see Rani’s (Taapsee Pannu) and Rishu’s (Vikrant Massey) entwined love tale go horribly wrong. So many things take place.

Rani and Rishu’s on-again, off-again relationship; Rani’s adulterous romance with Neel (Harshvardhan Rane); Rishu’s evolving personality; and the plot-twisting murder case Who killed Rishu is the major question. We have three primary questions to answer before we can move on to the next part of the story.

First, there are the measured seconds between Rishu’s house explosion and Rani’s entrance. Second, Neel was seen in the area before the explosion, but where might he have been? Finally, we see a cinematic parallel of the murder, which sets the stage for the explosion.

Rani Kashyap (Taapsee Pannu) had been on the police’s radar as the main suspect since the outset. Rishu’s (Vikrant Massey) unending love for Rani was written on his wrist, the only thing left to show the body belonged to him.

Even after being beaten up in police prison, she maintains her innocence and refuses to give Neel’s (Harshvardhan Rane) location. She will, however, be subjected to a lie detector test at some point. Rani’s facade begins to crumble at that point, as she becomes uncomfortable and anxious.

She stealthily tucks a nail into her shoe, which aids in the main

training a constant high heart rate, lest the truth is revealed. The timeline that led to the explosion is questioned by the interrogator. There is no conclusion because Rani’s heartbeat has been elevated since the beginning.

She needs to redo the entire process if the nail trick is found. Everyone is surprised when her heartbeat maintains regular throughout.

She was asked about what happened on November 30th while her heartbeat was already racing for the first lie detector. She recounted the entire scenario, changing details as she saw fit.

Inspector Kishore is transferred to another city five years later. The case is one of his most enduring unsolved mysteries. He comes upon Danish Perdit’s Wrath of Kasauli while waiting for his station. Rani’s go-to book for responding to his questions. He picks up the book, fascinated, and begins to read it. A cascade of flashbacks suddenly floods his head.

It’s no longer Rani’s point of view; instead, it’s Rishu’s. It reveals the truth that Rani purposefully kept hidden:

Neel threatens Rani with sharing the sex video he secretly films on the internet. Rishu’s control is lost. They were locked in a head-to-head battle. Rishu is defeated by Neel. Rani, who is stressed out, slaps Neel on the head with frozen ribs. However, things quickly deteriorate when they notice that blood is dripping from Neel’s head.

Rani had a nervous breakdown over Neel’s death. Rishu tries to tell her that he was not killed by her and that everything happened by chance. Rani suggests calling the cops, but he refuses. He will not send her to jail as a result of Neel’s heinous actions, especially now that their relationship has blossomed. He devises a strategy, and Raji, still reeling from the shock, tries to follow all of the instructions.

They drag Neel’s lifeless body into their personal kitchen. They remove Neel’s jacket and clean off the bloodstains on his body. The sequence in which Rishu slices Neel’s left arm is the most horrifying.

He then requests a bucket of ice and instructs Rani to sever his left arm, which bears a tattoo that reads “Rani.” Not to mention the rudimentary blood effects that follow. He plans to switch identities and construct the situation so that Rishu is the victim and Neel is the murderer.

After coming up with the most absurd solution to the problem, they agree to split ways in order to avoid being discovered but resolve to reunite after the case is over. This is where the timeline for her market entry begins.

Meanwhile, Rishu, who had just lost his left arm for the sake of love, buys some time to plan his final blow: burning up the house with gas to erase all traces. Everything is calculated as a result of this. Following that, Rani returns from the market and feeds the stray dogs, while Rishu flees down the river, and the explosion occurs.

The movie ‘Haseen Dillruba,’ concludes with the discovery that it was Neel who was slain. Inspector Kishore is both perplexed and amused by their scheme, which they have devised just for the purpose of love. Meanwhile, Rani and Rishu walk hand in hand. Rishu’s left stump hand is the focus of the camera ending the movie.