With its back-to-back blockbusters releasing every now and then, Bollywood has spread across the globe. Here are the 10 Highest Grossing Movies of Indian Cinema. 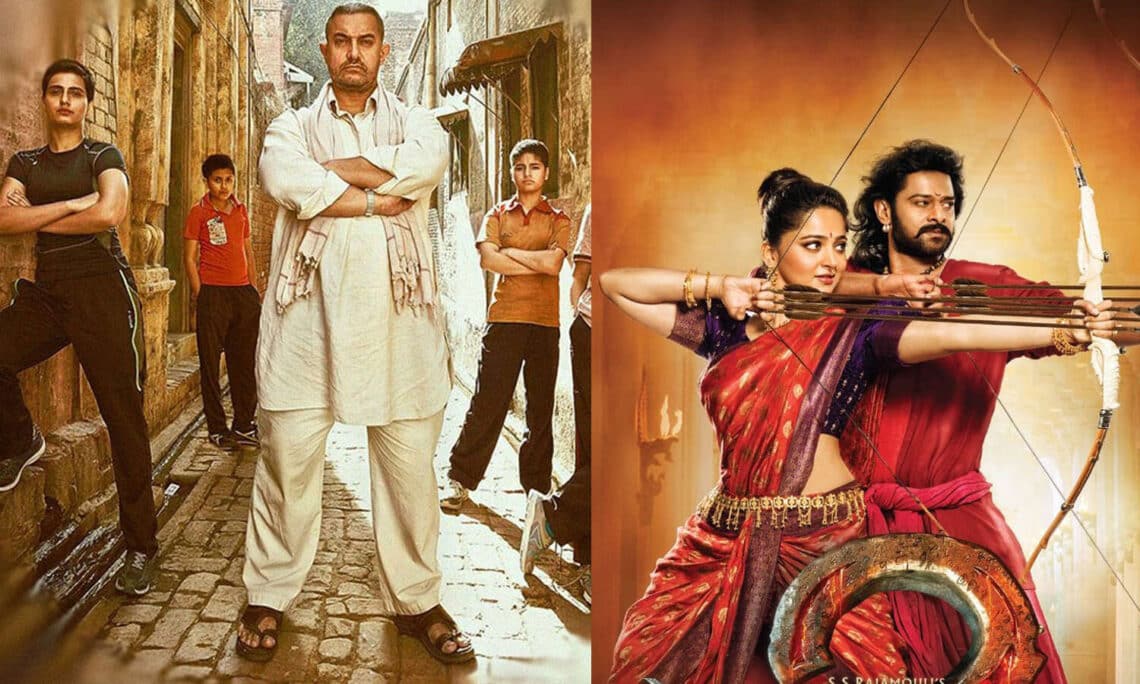 Since the turn of the century, Indian films have been shown all over the world. As of 2003, there are advertisements in over 90 countries where Indian films are screened. In this article, we have compiled a list of the highest-grossing movies in Indian Cinema.

We’ve seen a significant shift in the types of films coming out of India in recent years. People may access content from anywhere in the world because of the numerous digital channels accessible. As a result, we had to step up our game in terms of content quality.

The most significant effect was that it allowed producers, directors, and performers to take more risks in their work by attempting to create content that differed from the commercial masala films that we’ve all been accustomed to.

Check out these 10 Highest Grossing Movies of Indian Cinema-

On December 23, 2016, the film was released in theaters all around the world. Nitesh Tiwari directed the film, which Aamir Khan produced with UTV Motion Pictures and Walt Disney Pictures India through his firm Aamir Khan Productions. Dangal comes first in the list of highest-grossing movies in Indian Cinema.

Dangal is based on the true story of Mahavir Singh Phogat, a patriotic fighter who raises his daughters and develops them into world-class fighters. The film earned favorable reviews from reviewers and was a box-office success in India. Dangal had a budget of 70 crores and a worldwide gross of 2,024 crores.

The story takes place in Mahishmati, a fictional kingdom. Queen Sivagami, played by Ramya Krishnan, is on the approach of death as she limps out of the realm, most likely as a result of an attempt to steal the throne. Nearly 100 million tickets have been sold, making it the most anticipated film in India since Sholay (1975).

In 2015, on the occasion of Eid, the film was released. Kabir Khan wrote and directed the film, which he also co-wrote with K. V. Vijayendra Prasad and Parveez Sheik.

The film was produced by Salman Khan and Rockline Venkatesh. It was a box office smash, and each and every actor delivered an outstanding performance. Bajrangi Bhaijaan received a perfect score from all critics.

The plot centers around a young mute girl from Pakistan who becomes separated from her family and finds herself in India with no method of returning home. The mission of returning her to her motherland and reuniting her with her family is taken on by a dedicated man with a noble soul.

Advait Chandan directed the film, which was released in 2017. The film was produced by Aamir Khan and Kiran Rao with a budget of Rs. 15 crores.

The plot centers around India, a bright young girl who aspires to be a singer but is opposed by her father. Undaunted, she continues to pursue her love by posting her songs on the Internet anonymously.

Rajkumar Hirani directed PK, which was written by Hirani and Abhijat Joshi and released on December 19, 2014. This film was produced by Hirani and Vidhu Vinod Chopra. The film’s plot revolves around an alien who visits Earth on a specific mission.

The plot centers around a visitor in the city who asks unanswered questions. The man, known only by his initials, is taken on a journey of love, and laughter and lets go of his innocent questions and childish curiosity. It was the first Indian film to gross over $7 billion and $100 million in the United States.

Shankar wrote and directed the film 2.0, which was released on November 29, 2018. It is the most expensive film ever made in India.

The budget was projected to be around 543 crores. Filming began in 2015 and ended in August 2017. The film is the first to be shot entirely in 3D in Indian cinema.

The plot centers around Doctor Vaseegaran and his robotic aide, Nila, being summoned to the rescue when cell phones begin to fly out of people’s hands in Chennai. Together, they battle Pakshi Rajan’s supernatural powers.

The film was produced by Shobu Yarlagadda and Prasad Devineni. It was initially shot in Telugu and Tamil and then dubbed in Hindi and Malayalam.

The story takes place in the Mahishmati kingdom when Shivudu learns about his family’s conflicted past and legacy while pursuing his love. He must now prepare to fight his newly discovered arch-enemy. The film had a budget of 180 crores, but it received critical acclaim and broke box office records.

Ali Abbas Zafar directed Sultan, which was released on July 6, 2016. The film’s producer was Aditya Chopra. The film’s concept was fully acknowledged. The film was a worldwide hit in 2016, grossing more than 623.33 crores.

The scene revolves around the primary character Sultan, played by Salman Khan, unmotivated young blood who falls in love with a professional wrestler. In any event, the story isn’t entirely happy, but the young girl declares her desire to marry a man who is similar to him professionally. The film’s concept was fully acknowledged.

During the first decade of the twenty-first century, ticket prices steadily increased, the number of theaters tripled, and the number of prints of a film produced increased dramatically, resulting in a massive increase in box office receipts.

Here is a list of the most and highest-grossing movies of Indian Cinema, which includes films in a variety of languages such as Hindi, Telugu, Punjabi, and others, based on traditionalist global cinema industry gauges as revealed by reliable sources.

10 Best Google Trips Alternatives That You Must Try