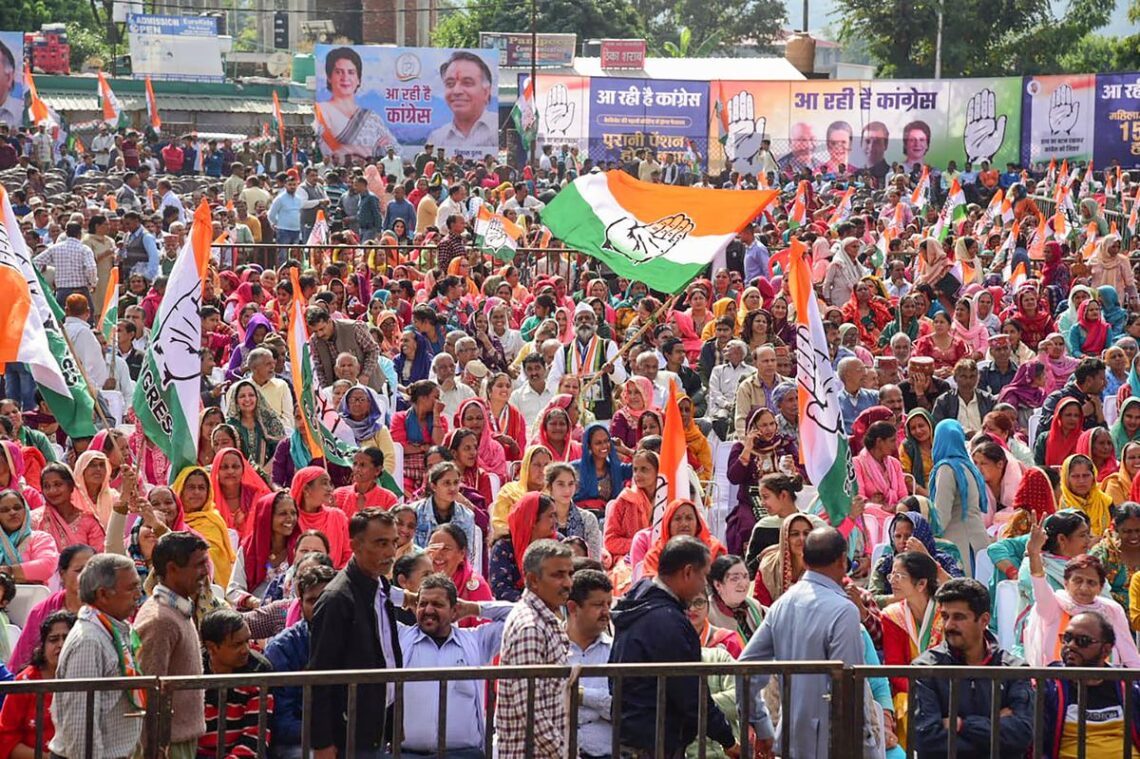 The Congress also promised to restore the Old Pension Scheme, and create one lakh government jobs.

The Congress also promised to restore the Old Pension Scheme, and create one lakh government jobs.

The Indian National Congress, which is aiming to wrest power in the State on Saturday released its party manifesto for the Himachal Pradesh Assembly election, slated for November 12.

Betting its fortune on ‘freebies’ in an attempt to garner support ahead of the Assembly elections, the party promised free electricity up to 300 units monthly to all households and financial assistance of ₹1,500 monthly to women between 18 to 60 years of age.

Also, the party announced to the restoration of the Old Pension Scheme (OPS) for government employees and promised to constitute the Agriculture and Horticulture Commission, and in consultation with the farmers-horticulturist the minimum procurement price for fruits, including apples would be fixed.

The party also promised to give 1 Lakh government jobs and open mobile clinics in every village. A provision will also be made to assist the youth in setting up start-up units, for which ₹10 crores would be provided to all Assembly segments in the State, and interest-free loans to youth would also be given, according to the manifesto.

The manifesto said a new tourism policy will be developed and to promote tourism in villages, ‘Smart Village’ project will be started.

Mr. Shukla said all the promises extended in the manifesto will be fulfilled by Congress once it forms the government. “The Congress has a tradition of fulfilling all its promises. We are not like the Bharatiya Janta Party (BJP), who make promises but later term them as ‘jumla’ as don’t fulfill their promises,” he said.

“As soon as the government is formed, one lakh government jobs will be given in the first meeting of the cabinet. Vacant government posts will also be filled and hence youth will get new opportunities. Old age pension will be increased. Citizens above 75 years of age will be given a special social security pension,” he said.

Hitting out at the ruling BJP, Mr. Shukla alleged that the BJP government in Himachal Pradesh had failed to deliver on all fronts be it controlling corruption, price hike, and unemployment in the State.

Replying to a query about the party’s Chief Ministerial candidate, Mr. Shukla said elections in Himachal Pradesh are being fought under collective leadership.