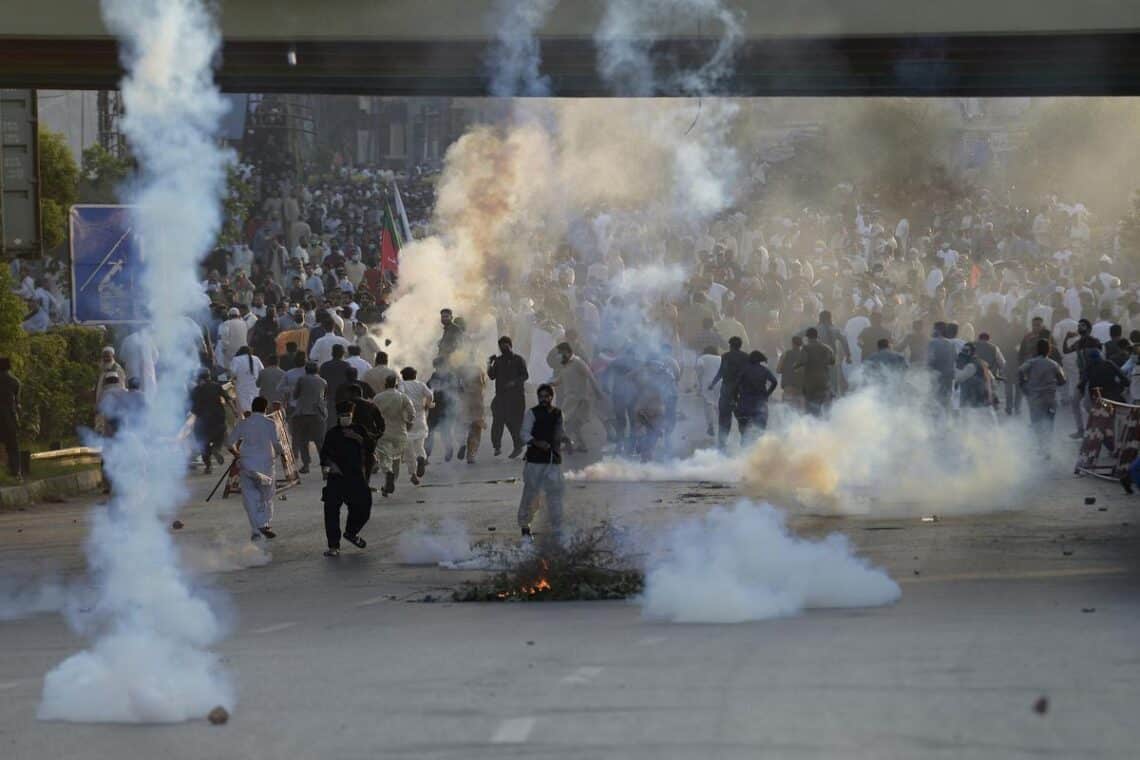 Former Prime Minister Imran Khan will have to go through a gruelling legal battle to regain his political turf in the wake of his disqualification from holding public office for five years in the Toshakhana case for hiding proceeds from the sale of gifts he received from foreign leaders, according to a media report.

Mr. Khan on October 21, 2022 lost membership of Parliament, as well as, barred from contesting elections for five years after the Election Commission of Pakistan, the top constitutional election body, found him guilty of hiding the proceeds from the sale of precious gifts which he got as prime minister from different heads of states.

The tenure of the current national assembly began in August 2018 and would be completed in 2023. Mr. Khan already tendered his resignation as a lawmaker in April but it was not accepted.

In this case, his disqualification would end with the expiry of the tenure of the assembly.

In his recorded message issued after two back-to-back meetings of his Pakistan Tehreek-e-Insaf (PTI) party soon after the damning verdict, the 70-year-old cricketer-turned-politician rejected the charges and vowed to contest his disqualification legally and not through street protests.

Apparently, it sounds fine that Khan took the constitutional path, which is circuitous, and made take many weeks if not months before the legal process is completed. The former Prime Minister’s appeal needs to go to the high court and then the supreme court.

Dawn newspaper in a report about Mr. Khan’s upcoming legal battle said that his party had announced to challenge the disqualification before the Islamabad High Court (IHC), but Mr. Khan has to face another trial before a sessions judge as the ECP has forwarded a complaint against him for submitting false declarations about concealing the gifts.

However, the PTI has yet to cross the initial threshold of legal scrutiny of the petition.

Since there is an alternate remedy available, and the appropriate forum for filing of the petition against the ECP’s final verdict is the Supreme Court, therefore, this might be the first objection levelled on the plea.

Another hurdle in securing an immediate hearing would be the absence of the ECP’s written order, which is yet to be signed by all four members of the bench and their head, as at least one of them was away due to illness.

The PTI legal team’s basic objection to the ECP’s verdict is that — in their opinion — it was issued in haste and the commission did not wait for the ailing member of the bench to return.

This technicality seems to hamper Mr. Khan from challenging the verdict in a timely manner since a proper appeal can only be filed upon the receipt of an attested copy of the judgment duly signed by all the members.

However, the party’s main objection is that the ECP hearing was a Corum non-judice, meaning a legal proceeding that is outside the purview of a particular forum.

Advocate Faisal Hussain, a senior member of PTI’s legal team, told Dawn that the party planned to file a petition before the IHC and won’t challenge the verdict in the Supreme Court since the ECP was not the relevant forum to order Khan’s disqualification.

“The verdict itself is weak and cannot sustain, since it is flawed,” he said, adding that the ECP “violated its own laws… the question has arisen whether the verdict was issued with regard to NA-95 Mianwali or those constituencies where Khan recently won in by-elections. What will be the fate of other seats?” “Can ECP, not being a court of law, override the verdicts of superior courts,” he asked, adding that the party would seek the high court’s ruling on all these issues.

Mr. Khan is currently a member of the parliament from the Mianwali district of Punjab — also called NA-95.

The ECP has also sent a case against Khan to the sessions judge for a summary trial over the submission of a false statement and incorrect declaration.

But Advocate Hussain was of the view that the ECP should have waited for the outcome of these proceedings before disqualifying Khan.

As far as the ECP’s power to disqualify a lawmaker is concerned, the IHC has already upheld a verdict of the commission on the de-seating of Faisal Vawda, whose case is currently pending before the Supreme Court, while the ECP verdict remains intact.

Before the court, the emphasis of Vawda’s counsel was on the ECP’s jurisdiction to give a declaration in the context of articles 62 or 63 of the Constitution.

In response to this argument, the IHC held that the ECP’s verdict was justified.

Advocate Hussain, however, said that Vawda’s case was different from Khan’s as the ECP de-seated Vawda under Article 62(1)(f) and this constitutional provision relates to the qualifications of a lawmaker.

However, Khan has been disqualified under Article 63(1)(p), which deals with the basis of disqualification of a parliamentarian.