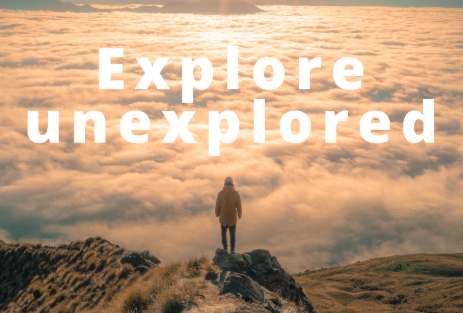 The vastness of our world inspires people to continue their adventures exploring deep in the corners of the world. Similarly, travel enthusiasts try to find destinations which are not commonly travelled, places which are incredible, amazing but unpopular. TSA got you a list of some of the places in the world for you to explore but yes after the Pandemic ends! 😉

The Darvaza Gas Crater or “Door To Hell” is a crater which is burning continuously for decades now, in the middle of Karakum desert of Turkmenistan, a Central Asian country.

It is said that in 1971, a soviet oil rig fell into the crater and to get rid of it a Geologist tried to burn it down by setting the pit on fire but the authenticity of the story remains for you to decide, explore and believe.

An adventurer George Kourounis explored the place and is considered to be the first person to enter the gate. Their goal behind the expedition was to collect some clues from the bottom to research about life on the very hot planets of the solar system.

The expedition according to him was “nerve-wracking”. “I can tell you when you are standing on the edge of this gigantic crater filled with fire—it is intimidating,” he says.

We all have seen desert and seashores but a place which is a combination of both of these is quite an unusual sight.

One such place is The Skeleton Bay stretching 500-kilometres between the old German colonial town of Swakopmund and the Angolan border, in Namibia, a country in southwest Africa. The place is mostly uninhabited and unexplored because of its location and harsh climatic conditions.

It is called Skeleton Bay because of a large number of bones and shipwrecks accumulated over decades on the shores.

The Ha Long Bay in Vietnam is out of the world seascape, which attracts not only Tourists but Geologists, Scientists and Artists as well. To explore over 1,600 heavenly deserted islands and islets.

The clear, turquoise water of the sea, the green islands and rocks rising from the sea is a breathtaking sight. It is a UNESCO World Heritage Site, situated in northeastern Vietnam’s Gulf of Tonkin, in Quang Ninh Province.

Dubai’s high rise buildings are undoubtedly popular but the Hatta mountains located in the Hajar is also a beauty in itself for nature lovers.

It stretches from the East coast of Oman into the northern UAE. It is gradually becoming popular for tourism purposes and visitors are drawn to the “glamping” experiences, the hiking trails and the rich wildlife.

Situated in Colombia’s Serranía de la Macarena National Park, in the province of Meta, is a river which has magnificent lustrous colours of Rainbow in it. This river is called the “River of Five Colors.”

This 62.1 mile-long river also known as “Liquid Rainbow”, has red, yellow, green, blue and black colours in its river bed. It is because of the reproductive activities of aquatic plants known as Macarenia clavigera, a species of the river weed family Podostemaceae. As claimed by CNN, this phenomenon occurs only in this place in the whole world.

It was one of the least visited places in the country until 2016, as it was under the control of FARC guerrillas After the peace treaty, it was opened for tourism.