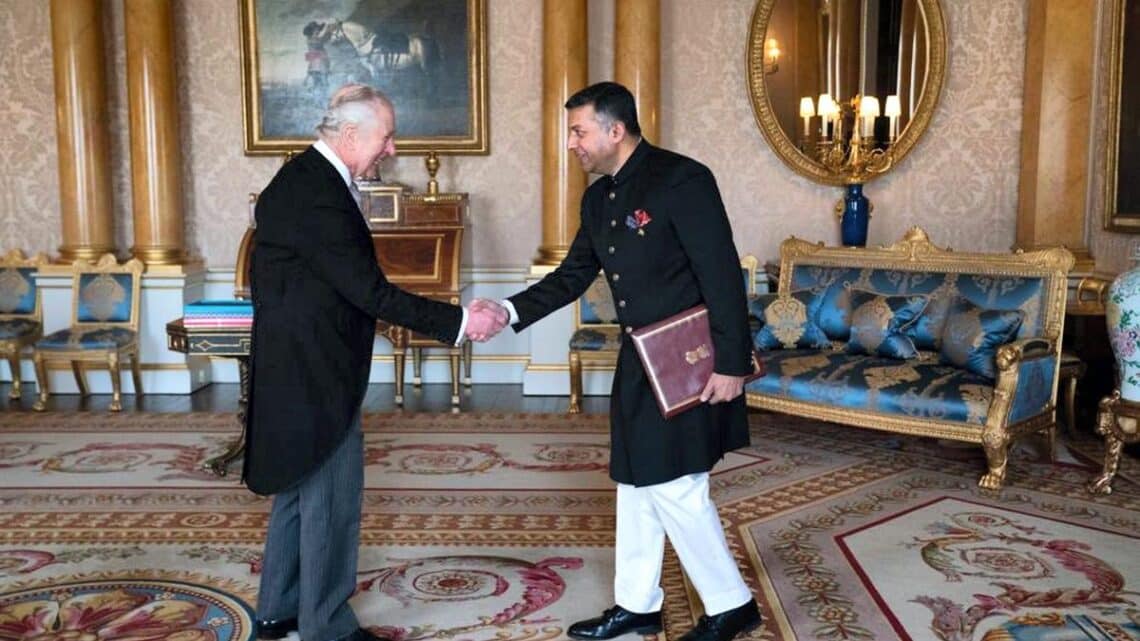 Indian High Commissioner to the United Kingdom Vikram Doraiswami has presented his credentials to King Charles III at Buckingham Palace in London, marking the formal start of his posting in the country.

Mr. Doraiswami is the first Indian envoy to be received at the palace by the King since the death of Britain’s longest-serving monarch, Queen Elizabeth II, in September.

The ceremony on December 8 steeped in tradition involves a horse-drawn carriage, which conveyed the High Commissioner and his wife Sangeeta from their official residence to the palace.

They were also accompanied by Deputy High Commissioner Sujit Ghosh and senior officials and concluded the journey with the ceremonial feeding of the horses with carrots.

“Our friends in the United Kingdom really know how to make this feel very special as we get to go in a four-horse buggy, something specific for Commonwealth heads of mission. So, we have greater horsepower,” Mr. Doraiswami said on a lighter note, with reference to the pomp and ceremony attached to the event.

“His Majesty was very warm and gracious, and our interaction was laced throughout with his great affection for India,” he said, sharing reflections from his audience with the 74-year-old monarch.

This marked the fourth time the diplomat has presented his credentials to a head of state, having served as India’s Ambassador to Uzbekistan and the Republic of Korea and most recently as the High Commissioner to Bangladesh.

“It was a great opportunity to be able to set out thoughts, plans and ideas to take the India-U.K. relationship forward,” noted the High Commissioner.

Lord Tariq Ahmad, the U.K. Foreign Office Minister for South Asia, greeted the High Commissioner on behalf of the government and welcomed the recent restoration of the electronic visa (e-visa) facility for the U.K. travellers to India.

“We hope that the India-U.K. relationship will achieve new heights during your tenure,” the Minister said in his message. Mr. Doraiswami arrived in London on September 23, when he began his new charge by paying tributes at the Mahatma Gandhi statue in Parliament Square and Ambedkar Museum in north London.

Earlier this week, he reached out to the Indian diaspora in the U.K. to participate in great numbers at the Pravasi Bharatiya Divas (PBD), being hosted in Indore between January 8 and 10, 2023.

“We are working to facilitate the travel requirements of all registered delegates from the U.K. and would like to see participation that is reflective of the size of the diaspora here,” he said.

The High Commissioner also confirmed that the next round of India-U.K. free trade agreement (FTA) negotiations remain on track, with the trade officials team from the U.K. set to travel to New Delhi next week.