by Guest Writer
in Literature, Featured 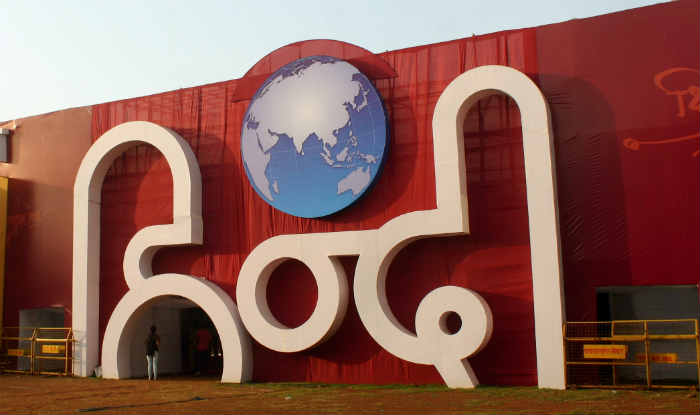 Hindi has strayed from many times, many reforms, and today it is alive with its own technology. If we look at history, then everyone’s perceptions of Hindi are different. Based on certain languages ​​with some political influence. Actually, Hindi has evolved from the Sanskrit language. There are many words in Hindi which are derived from the Sanskrit dialect and there are some words that are similar to the language of Portugal. However, in India, we call that language as Hindustani language, which is a conference of both Hindi and Urdu. Examples: Table and shirt.

The Hindi language is written in Devanagari script, in which Sanskrit is seen most. When Hindi is spoken in India, we cannot keep it separate from Urdu. Hindi and Urdu are two brinjals of the same plate. In the language of a common language, neither can we use typical Hindi nor can we use Urdu. Where both meet, the matter is understood there.

In 1975, the first World Hindi Conference was held in Nagpur, Maharashtra, as a result, January 10 is celebrated as World Hindi Day every year. Its only purpose is to bring the glory of your intellect to the Hindi world. Today, apart from India, there are many states where the Hindi language is spoken. Nepal, Mauritius, Bangladesh, Pakistan, Fiji, etc.

For Indians, Hindi has become like a first love from which people learn a lot, understand a lot but due to some apprehension and bad influence, they do not want to speak it.

But, just as there are two sides to the coin, in the same way, there are many people alive here who keep Hindi alive and use Hindi with love.

Many such writers and poets of the Hindi language are still alive through their books, which is a source of pride for the Hindi-speaking people. Some of these authors who must be read are:

Among his many books, the more well-known books are Godan, embezzlement, shroud, rangbhoomi. Although his list of books is very long.

Despite his family life not being pleasant, he has always encouraged the women to move forward. In the Hindi world, he has won the hearts of his readers from all dimensions.

Neerja, Gillu, the companion of the path, the movie of the past should be read.

Sloppy Aanchal His book is going to survive in every era. It must be read.

After all, many better writers of Hindi literature have come into this world, which, even after they die, do not disappear. We should go to the roots of our literature and our language by creating an inclination and not hating it.

This article has been written by Silviya Irshad, an AMU student and translated from Hindi to English by a TSA writer, Faraz Ahmad Khan.