Iran Elections 2021: Can The New President Change The Status Quo?

With the landslide victory of ultraconservative Ebrahim Raisi, what perils lie for the future of Iran and the world. Can the 60 year old revive a dying economy in the face of growing disillusionment among the country’s population?

by Namrata Nath
in World
Reading Time: 2 mins read
A A

Iran held its thirteenth presidential election on 18 June 2021. With 60 million voters in 67000 polling booths, this election held special significance in the socio-political fabric of the nation both due to its time as well as its forerunners.

The presidential incumbent, Hassan Rouhani, was ineligible to run for this term as the Iranian constitution limits presidential office to a maximum of two consecutive 4-year terms.

Reporters without borders reported as many as 48 journalists were threatened for writing about candidates. Powerful people of the country, including the chief of the police, called to boycott the elections.

The voter turnout itself was a topic of debate among the Iranian media which eventually stood at a meager 48%- the lowest the country had ever witnessed in the past, according to data from Jamal Orf, head of Iran’s presidential headquarters.

This election was held amongst considerable public unrest.

The economy was in tatters with unemployment rates at an all-time high and inflation at 40%, the most important point of interest became finance.

This was aggravated by the COVID pandemic. People didn’t care about anything else other than who was the most capable of handling the country’s economic crisis.

Moreover, voter dissatisfaction is at its peak as there have been deadly crackdowns on anti-government protests, the shooting down of a Ukrainian airliner by the IRGC (Islamic Revolution Guard Corps).

This might be the reason behind the dismal voter turnout.

The candidates and the obvious winner

The Guardian Council, which is a 12 member body constituted by conservatives and jurists who report to the Supreme Leader, is responsible for approving candidates for the presidential race.

However, Ebrahim Raisi, former Chief Justice of Iran, was projected to win beforehand.

He has been touted as the best person to fight Iran’s corruption and inequality. There have been allegations that this poll was “designed for Mr. Raisi to win”, reads an article by BBC.

His only Moderate competition was Abdolnaser Hemmati, former governor of the central bank, who used his bank background to make people believe in his ability to manage the finances of the country.

Raisi, however, enjoys this, It is interesting to note that Raisi is under US sanctions for violation of human rights.

While Trump had withdrawn the US from it, Biden has said the US will return only if Iran resumes compliance.

With the landslide victory of a hardliner like Raisi who campaigned on the promise to achieve sanctions relief, only time will tell the fate of JCPOA.

With Raisi as president, the judiciary, executive and legislative are all hardliners, and the world can only wait and watch the political implications of this setup.

“Freedoms will likely be curtailed even more than before”, writes Kasra Naji for BBC Persian.

Denmark All Set To Do Away With Refugees 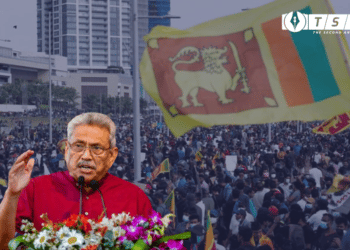 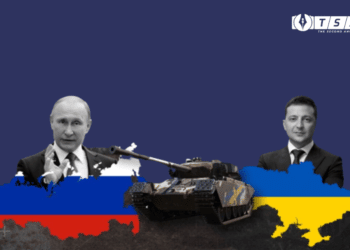 How Russia’s international relations and economy are holding up amidst the Ukraine invasion?

Russia's economy is facing a major downfall as many countries are decreasing their trade and services with Russia due to...