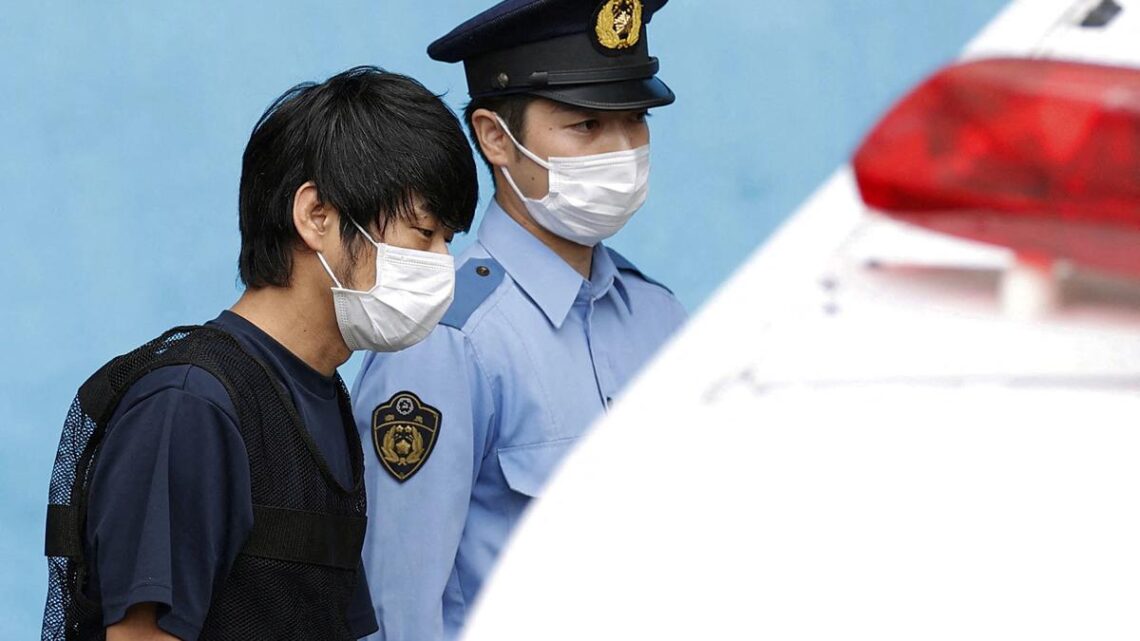 
Tetsuya Yamagami, suspected of killing former Japanese premier Shinzo Abe, is escorted by a police officer as he is taken to prosecutors, at Nara-nishi police station in Nara, western Japan. File photo: Kyodo via Reuters

Abe was killed with a handmade gun during an election campaign in July.

Yamagami’s detention for mental examination will end on January 10, and Nara prosecutors will likely indict him by January 13, according to Kyodo. The prosecutors were not immediately available for comment on Saturday.