The support ratings of PM Suga sank during the worst wave of Covid-19 in Japan.

by TSA Desk
in World
Reading Time: 2 mins read
A A 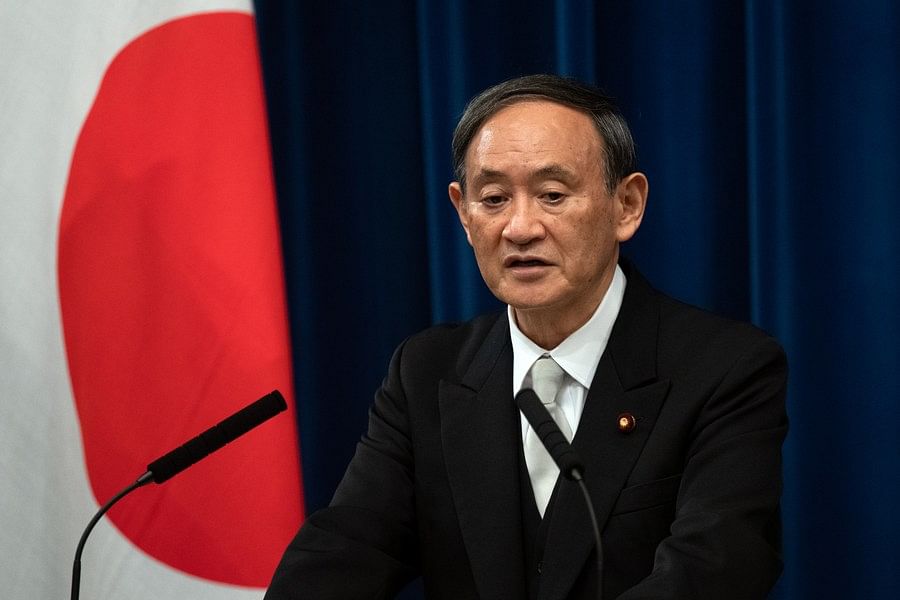 The support ratings for the Japanese PM had gone below 30%. Meanwhile, Japan is facing its worst wave of covid-19 with a high surge in cases. The Japanese PM has announced that he will not be a part of the Party leadership contest. The contest will be held on 29 September.

The Japanese Prime Minister announced his decision on 3rd September.  The PM has taken his decision of not running for the leadership of the governing Liberal Democratic Party (LDP) over the covid-19 wave in the country. He has been criticized for his covid-19 management amid increasing cases in the country.

He will be stepping down, which means Japan shall get a new premier. Prime Minister Yoshihide Suga has just completed 1 year of his tenure while his public support has been decreasing in the pandemic.

PM Suga is expected to stay on the post, till his successor is selected in the Party election. Hours after his announcement, a broadcaster reported that Kono intended to run the contest. But, he refused to make a formal announcement and shared that he will consult his colleagues first.

The broadcaster has not shared the sources for the news. Taro Kono is the popular Minister In-charge of Japan’s Vaccination Rollout. At the same time, Fumio Kishida, the former foreign Minister is also rumored to be a part of it.

The decision to delay the domestic travel problem became a point of criticism for the Prime Minister. Because it is an important reason behind the spread of the covid-19 in the country.

According to Reuters, his support has sunk a lot for the rising cases of covid-19 before the general election in the following year. Prime Minister Yoshihide Suga took over the post in September last year.

He took the post after former PM Shinzo Abe resigned due to his health issues. His last major achievement of hosting the Olympics couldn’t capitalize following the postponement of the Olympics last year citing the Pandemic.

Former PM Shinzo Abe has a record 8 years in his tenure. He has been the longest-serving PM of Japan. Before that, Japan got 6 Prime Ministers one after the other in a short period. Even the initial year of Abe was full of challenges.

The sudden decision by Prime Minister Suga has ended a turbulent political week in Japan. He tried all that he could to save his post. PM Suga is an important foreign ally of the USA President Joe Biden. He was the first foreign leader invited to the white house by Biden.

Also Read: From One Supercontinent to 7 and Back: Researchers claim all continents might club together at the equator