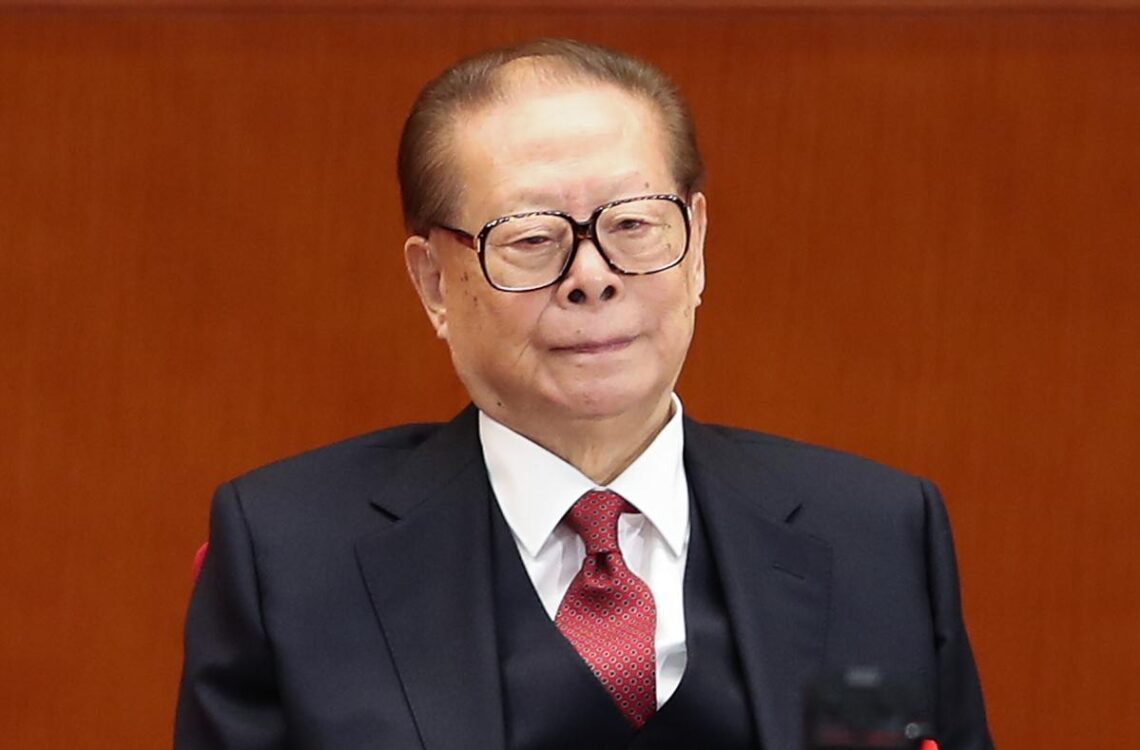 
Former Chinese leader Jiang Zemin, who led China during a decade of extraordinary economic growth, passed away in Shanghai on November 30, aged 96.

Jiang’s death comes at an extraordinary time for Chinese politics, and days after protests in many Chinese cities on a scale not seen since 1989, a year when the death of a pro-reform leader, Hu Yaobang, catalysed a pro-democracy student moment.

For many in China, the decade until 2002 under Jiang and former Premier Zhu Rongji is still remembered as an era of relative openness and of unprecedented economic opportunity. Jiang took over amid the chaos of 1989 and the brutal crackdown of the pro-democracy movement, handpicked by then leader Deng Xiaoping as the man to guide China out of a sensitive moment.

His biggest legacy will be his shepherding of China’s economic reforms and growth. The economy grew five-fold during this time, from $347 billion in 1989 to $1.47 trillion in 2002. The return of Hong Kong to China in 1997 and its entry into the World Trade Organisation in 2001 were two landmark moments of the Jiang era.

“This period is sometimes treated as an interregnum between two really tall leaders, Deng Xiaoping on the one hand and Xi Jinping on the other, who dominate the landscape, but these were in fact the most productive years of Communist China’s history,” Vijay Gokhale, former Foreign Secretary, envoy to China, and author of “After Tiananmen: The Rise of China”, told The Hindu.

“This was in no small measure due to the leadership of the people who ruled China at the time — Jiang, Zhu Rongji, Hu Jintao and Wen Jiabao,” he said. “We cannot understand China’s great power ambitions if we don’t understand this period when they laid all the building blocks for it, whether the modernisation of the People’s Liberation Army, a multidimensional foreign policy, attracting Foreign Direct Investment into China, or technology leapfrogging.”

If the Jiang period saw a transformation of China’s place in the world — and marked both its rise as a global trading superpower and a period of extraordinary dependency between China and the West — his biggest legacy at home was reshaping Chinese politics to the needs of the economic reform era.

Jiang worked to overcome the political opposition to officially Communist China’s embrace of capitalism, captured in his official ideology which is called the “Three Represents” and was added to the Party Constitution. It stated that the Party would not only represent workers, farmers and Communists, but also all of China’s “advanced productive forces”, cultural elements, and the “fundamental interests of the overwhelming majority of the Chinese people”.

It paved the way for businesspeople and entrepreneurs to join the Party’s ranks and to deemphasise the role of ideology in the party, a trend that carried on in the Hu Jintao era. The current leader, Mr. Xi, has in the eyes of many observers in Beijing reversed that trend by once again reemphasising the centrality of the Party.

The retreat of the Party from the lives of people saw an era of relative openness, although Jiang, like his predecessor Deng, cracked down on any and all spaces that were seen as challenging its rule, such as the once popular Falun Gong movement which was crushed under a nationwide crackdown in 1999.

Jiang, who retired in 2002, remained influential behind the scenes in the Hu Jintao years, with many of his political appointees occupying top Party positions. More recently, following Mr. Xi’s coming to power in 2012, he stayed out of the public spotlight, largely due to ill health. State media reported he passed away due to leukemia and multiple organ failure.

In recent years, Jiang garnered somewhat of a cult status for some on Chinese social media, remembered as the last of charismatic and relatively open leaders, and a contrast to his successors. He often broke into song or English, and memorably conducted an orchestra in the presence of Bill Clinton, a video that went viral on social media after his passing.

His death could not have come at a more sensitive time for China’s current leader, Mr. Xi, who has in recent days been confronting the biggest challenge to his rule with protests against lockdowns and the “zero-Covid” policy over the weekend. Chinese cities have this week seen a stepped up deployment of police to thwart further protests and public gatherings, as well as increased online censorship.

As online tributes to Jiang flooded social media on Nov. 30, the leadership now faces a delicate task of organising a state tribute to bid farewell to the leader at a heated political moment in China.