The smooth essence of cold waves just touched the face of Zakir. As, he rolled down the windows just like any Farhan, anticipating the presence of Ranchor. The driver knew how to make travellers nostalgic from the delusional event of 3 idiots. The stereo kept playing that song on the loop and we without complain of mundaneness, lost in the scenarios in dusty dry Cold Mountain and valleys of Ladakh.

It is seen, in the aftermath of 3 Idiots, Ladakh which was an agro and defence based economy came to the force, in tourism. Slowly, it became convincing in decades that Ladakh which holds the 5000 natives can hold 200,000 tourists on the same land. The youths of Ladakh with the coming of tourism sector has helped them to come out of despair of unemployment. Hence, tourism of Ladakh generated 50% of G.D.P was in fits and starts of change in the tourism sector in the cold desert. 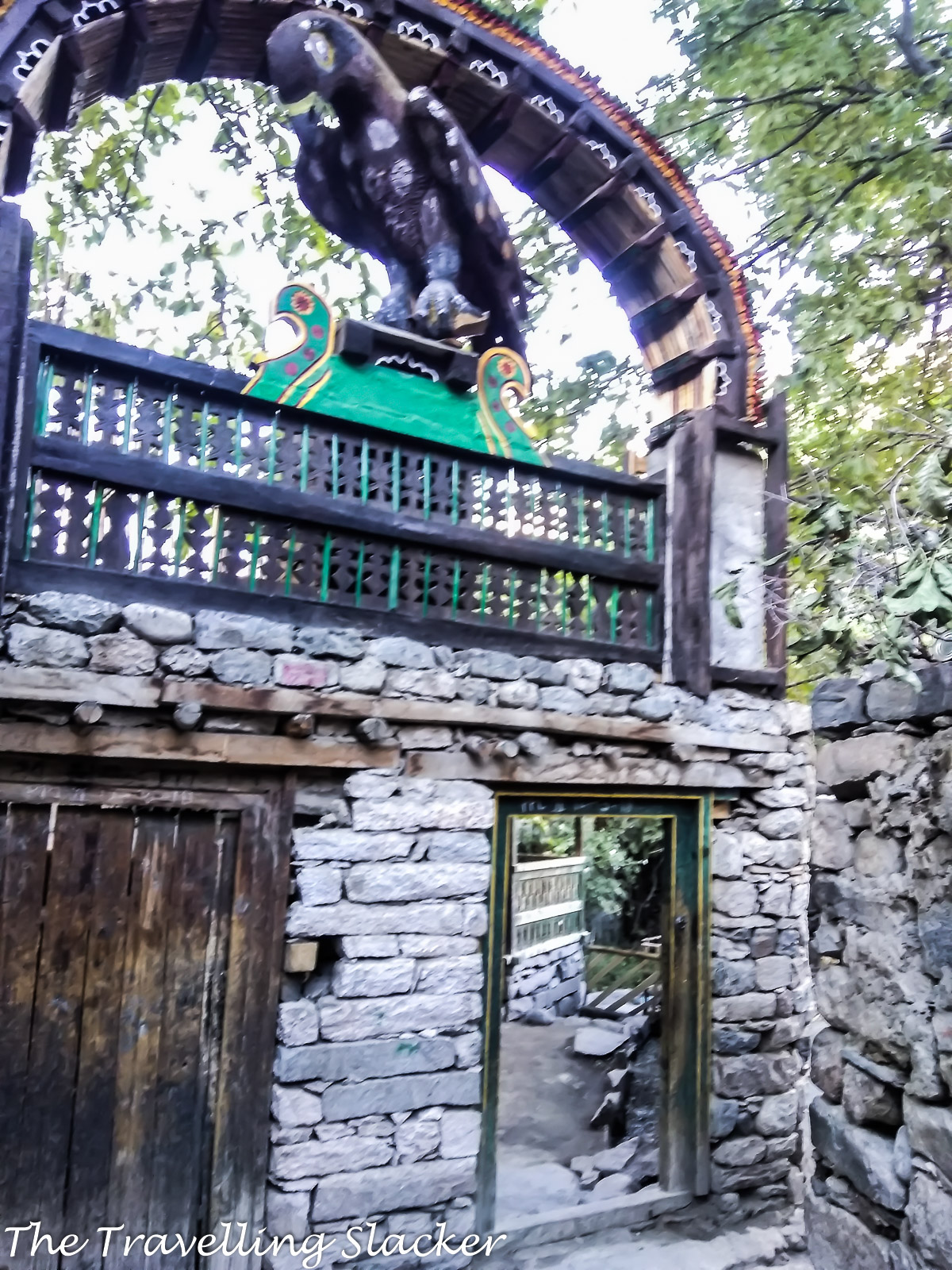 Furthermore, the widespread enthusiasm for Ladakh is not limited to the adventure of roads. Also, it has shown-up some history relevance through Turtuk Palace. The magnanimous history is found between the routinely lives of Ladkkhi people. The unimaginable avenues through the commoners' route to the magnificent history of centuries ago, preserved efficaciously. The imperial lifestyle can be traced from the artefacts like a sword, Polo staff,  jewellery, traditional food pot, coins, shoes, armaments and, war helmets along with an astonishing view of stretched land of Ladakh from a sovereign sundeck.

Ladakh is a combination of unusual demographic of dry and cold mountains which have managed to fill zeal in the hearts of bikers. There is no surprise that tourism of this place has keep motivating bikers throughout the journey of 5000 kms. They feel ecstatic and boosted to cover a distance from their bikes in 15-22 days just to hold the key to fear of deadly roads. Wherefore, the austere valley of Leh-Ladakh never felt lazy to pander visitors.

Besides, millennialism seeks emotional historical association through a narrative. Pan gong Tso, succeeded to have one. The characterization of Ladakhi engineer in 3 idiots has attracted 200-300 tourists in a day to this lake where earlier it was 1-2 in a day. This lake has far-flung the theme from a movie where one will find "3-idiots" cafe’s,yellow scooter, Kareena’s pre-bridal shoot and an iconic bum-chair. This place famously acknowledged for blue transparent water and pebbles beauty, stretching to hills on south-west bank came to a sudden stop.

But, in other news, Pan Gong Tso is known for disputed territory. The line of actual control passes through the lake which is a part of India. The Chinese casualties reported by the New York Times that 20 Indian troops were dead over the disputed valley. This episode has gained quite an amount of heat in the tourism sector of Ladakh. It has rose questions on the violent face-off in Ladakh on the night of June 15, of independent tourism.

When the dice were loaded in favour of Ladakhi better civilization, pandemic around the world ran its course, compelling every workforce to a mighty halt. The emergent of Covid-19, long-overdue tourism sector. Government of India carefully fine-tuned the premonition of this communicable virus. As an immediate effect nation-wide movement was stopped; contact tracing was put in place. Therefore, it was flagrant enough pandemic has created friction in Ladakh.

Ladakh, as developing an economy, in the last decade, has been dealing with growing tourism managements which resulted into an environmental issue. Henceforth, it has turned to the consequences of chaotic tourism. This has raised another question mark on the sea of garbage due to uncaliberated tourism. This has no doubt lifted the economy of locals. Locals earlier were more resourceful when it comes to food. People are also giving up farming which has cost a lot. A concerned environmentalist of Ladakh Tsewang Dolma in one of the interviews with scoop whoop says, “tourist tend to use more packaged foods; it has caused a lot of garbage problems; during summer we get some 30,000 water bottles dumped in Bomb Guard”. Due to the less oxygen at the high altitude, a single person uses six water bottles for the acquiring of oxygen. Therefore, plastics waste has made huge landfills in the region of Ladakh.

Ladakh, a nuclear decade-old tourism felt anxious about its new status quo. A fact which made quiet threatening the existence of locals as, an expats. India today covered a story where a jolting statement, “tourists are welcome, but natives want to run their own affairs,” has created plight able interjections. Also, India today reported, “We are simple people. With whatever little knowledge we have of tourism, we try to earn in six months to survive for the whole year. But once big industrialists are allowed to buy land, we will be out of competition as we don't have the wealth and skill to match them," Skalzanj Dadul, a taxi driver, said. Nevertheless, the bubble of doubts has created a disparity in the mind of workers which needs an immediate solution.

Wherefore, the abstractness of fact clustered the benefits when it reaches the third-world community. The relevance of small frictions discussed above to broaden our insights on tourisms related to Ladakh. This has kept exhaustibility crisis of Ladakh at more exponential rates. To reduce cacophony of chaotic tourism of Ladakh where unusual evolved nature, never failed to enticed human consciousness, time and again. To keep a track of the rise of this tourism, natives joining hands with tourists, can help in deducing the frictions. Hence, many small attempts when dealt cautiously can save resources to cherish later by humanity. After all, Japnese are in search of Phunsuk Wangdhu for more delighted ideas for Ladakh.

Inquisitive learner. In love, writing which would benefit the reader. In continuous pursuit to bring about something interesting which bring to questions and curiosity.

Declining Flora And Fauna, Another Warning Call Besides Climate Crisis In Wales: NRW

3,000 Kg Heroin Seized By DRI From Adani’s Port In Gujarat