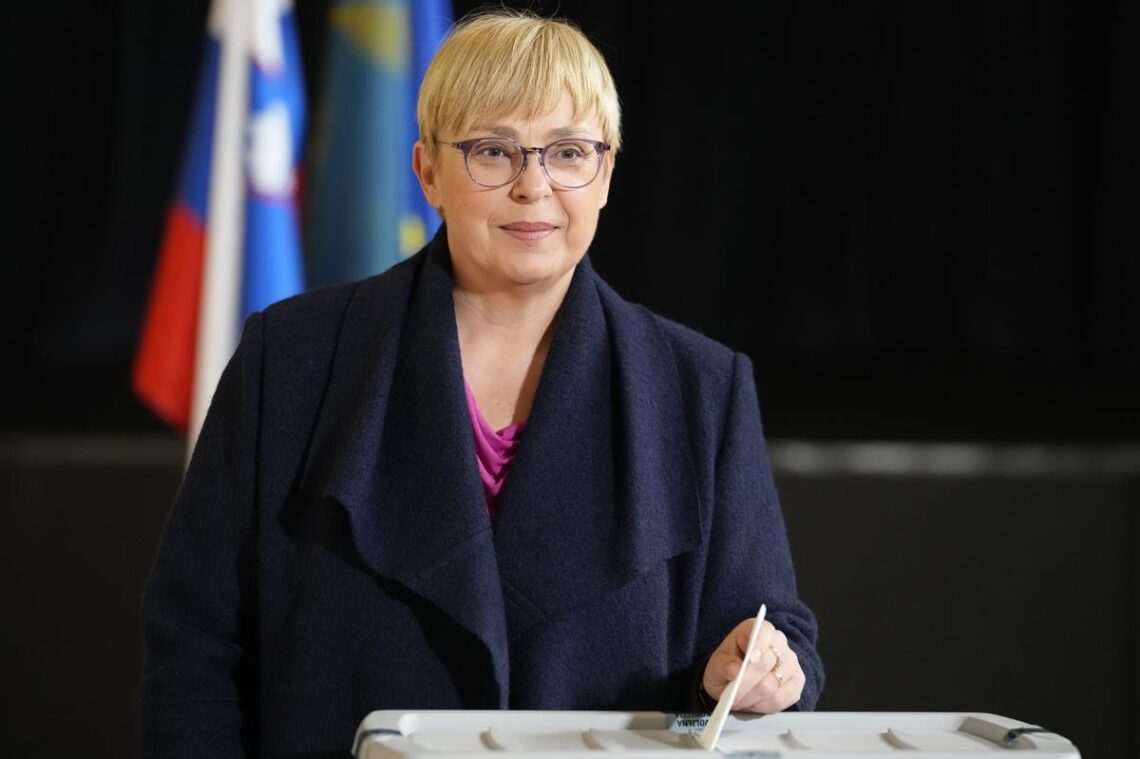 Slovenians on November 13 elected a lawyer linked to former U.S. first lady Melania Trump as the country’s first woman president, according to partial results with more than half the votes counted.

Natasa Pirc Musar, backed by the centre-left government, beat ex-foreign minister Anze Logar, a veteran of conservative politics, in a presidential run-off in the EU country of two million people.

Ms. Pirc Musar, a lawyer who headed the country’s data protection authority for a decade, won some 54% of the vote, ahead of Logar who got nearly 46%, with 55% of ballots counted.

“We need to unify to be able to do something good for our beautiful homeland,” she told reporters at one of her family properties on the outskirts of Ljubljana crowded with supporters as results started to trickle in.

The human rights advocate has vowed to be “the voice of women” in Slovenia and abroad and a “moral authority” in her new role — though the post is largely ceremonial.

“The president cannot be neutral… and have no opinion… I have never been afraid to speak out,” the former television presenter, 54, told AFP ahead of Sunday’s vote.

As a lawyer, Ms. Pirc Musar was hired to protect the interests of Slovenian-born Ms. Trump during her husband’s presidency, stopping companies attempting to commercialise products with her name.

During the campaign, Ms. Pirc Musar, who is a keen motorcyclist, came under attack because of her husband’s lucrative investments — especially in tax havens.

The results mark a fresh setback for the country’s conservatives.

Mr. Logar, 46, ran as an independent but is a long-time member of the Slovenian Democratic Party (SDS) of Janez Jansa, who failed in his bid to be re-elected as premier in April.

Critics accused Jansa of attacking media freedom and the judiciary and undermining the rule of law in his latest term in office.

“I hope a candidate that will bring people together will win,” Rok Novak, an economist in his early 50s, said at a Ljubljana voting centre.

“Slovenia is so polarised right now.”

Mr. Logar told AFP ahead of Sunday’s vote it would be “good” if the president represented “a different view than the ruling coalition — [it] provides more balance… which is better for a democratic system.”

Mr. Logar came out ahead in the first round last month when the centre-left votes were split largely between Ms. Pirc Musar and another candidate.

Incumbent Borut Pahor, a former Social Democrat, could not run for re-election after having held the post for two five-year stints.

Pensioner Silva Lotric was optimistic as she cast her ballot.

“I hope my candidate will win,” she said.

“If my candidate wins, she will definitely bring changes.”