Microsoft owned Xbox which is video gaming brand acquired ZeniMax Media for a whopping $7.5 Billion. As an effect, fans are requesting Sony to buy Konami. 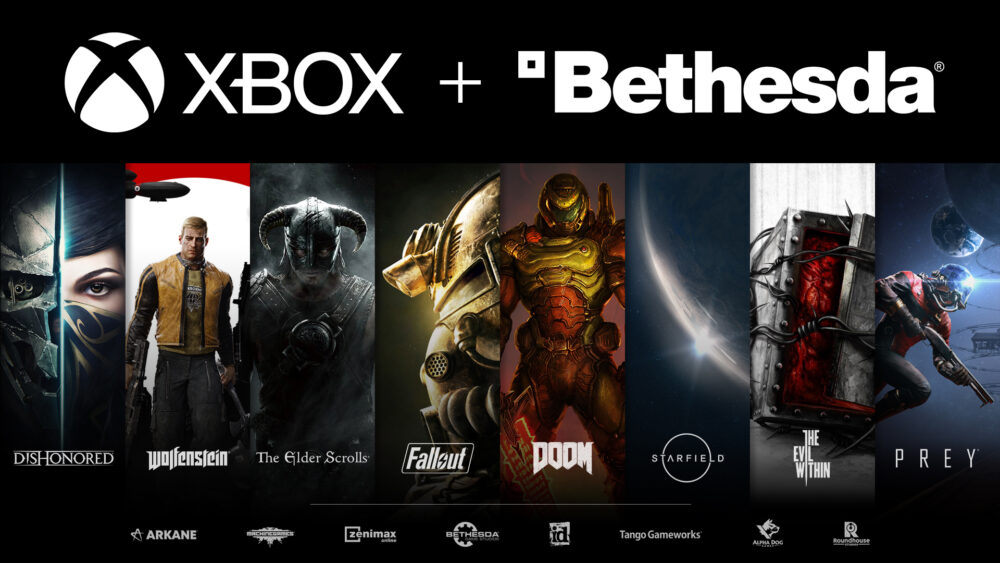 Microsoft owned Xbox has shaken the gaming industry with the acquisition of Zenimax Media for a whopping $7.5 Billion. With this acquisition, Xbox now owns some of the biggest AAA studios like Bethesda Games, Arkane Studio, id Software, and many more. These studios are the home to some of the highest-grossing game franchises like Fallout, Doom, The Elder Scrolls, Wolfenstein, Dishonored and last but not the least the technological prowess of id Tech.

Xbox now owns the right to all the game franchises under Zenimax Media and will oversee the operation of their studios. However, Xbox will supposedly not interfere in any of the existing deals of Zenimax Media. In a recent interview with Bloomberg, Phil Spencer (Head of Xbox) told that Xbox plans to honour the PS5 exclusivity commitment for Deathloop and Ghostwire: Tokyo. Spencer also said that Bethesda games will be available on Xbox, PC, and other platforms on a “case-by-case basis”. Which means that individual deals will have to be made between Xbox and PlayStation/Nintendo if they want to have a particular game on their platform.

Now a question may come to your mind that Why did Xbox did this purchase if they are not going to make every game exclusive? Well, the answer is quite simple and explains their unorthodox approach; Game Pass. Xbox is trying to build a platform for games inspired by OTT platform Netflix. Game Pass currently offers more than 100 games at a subscription that starts at Rs.500/month. This is an amazing deal, however just like people buy Netflix for their hit shows and movies, the same way Game Pass will need to offer smash-hit titles if they want the people to buy their subscription model. With this buyout, they will have more than double their capacity at making AAA games.

The strategy of Xbox to move from hardware to software is a smart move. This is because of two main reasons:

1) Console hardware has traditionally been sold at loss. The companies have made a profit through software sales like games and online services. This is the reason that online multiplayer and console games cost some extra cash.

2) Xbox has never won the console-war, at least on paper. You see even the much-touted failure, PS3, sold more than the Xbox 360, where the former was named as the failure and the latter as the winner. However, the same can’t be said for the last-gen as it was just deplorable for Xbox. PS4 sales left the Xbox One sales in the dirt; with the PS4 unit sales crossing the 100 Million milestones, while Xbox One could barely cross 50 Million. But here is the thing they don’t need to sell more units than PlayStation because even though Xbox One sold poorly, they still made a pretty penny with a 68% increase in gaming revenue in which Xbox content and services made up a huge chunk accounting for a 65% increase.

This big acquisition has affected other companies in the business as well. Now the Sony fans have also taken to twitter requesting Sony to buy Konami, the owner of franchises like Metal Gear Solid and Silent Hill.

.@PlayStation plz respond to the Bethesda purchase by buying Konami.

In my opinion, this is childish and show that people don’t want to play games but only want to feel superior by owning a particular box. Sony doesn’t need to buy Konami, as Sony First-Party studios have been doing amazingly well by putting out blockbuster titles each year. Also, with Final-Fantasy XVI being a PlayStation exclusive even though Sony doesn’t own Square Enix shows that they don’t necessarily need to buy the studios but can sign exclusive contracts if they want to acquire a particular game.

Microsoft needed this as their first-party titles were lacklustre the previous-gen and it wasn’t looking any better this year too as their biggest franchise, Halo which was set to launch alongside Xbox Series X/S got delayed to 2021 due to development issues.
Xbox doesn’t look to stop just yet. As Microsoft CEO, Satya Nadella says Microsoft is looking to buy even more developers. I mean with this buyout Xbox has a whopping 23 first-party game development studios under their kit. Just when we thought that Xbox had shown all their cards with the Xbox Series S launch, the $299 (Rs. 35000) console, they baffled everyone on the table with this hidden ace up their sleeves.

Also Read: Best Alt. Rock Bands You Should listen to

The Perks of being In An All-Girls School