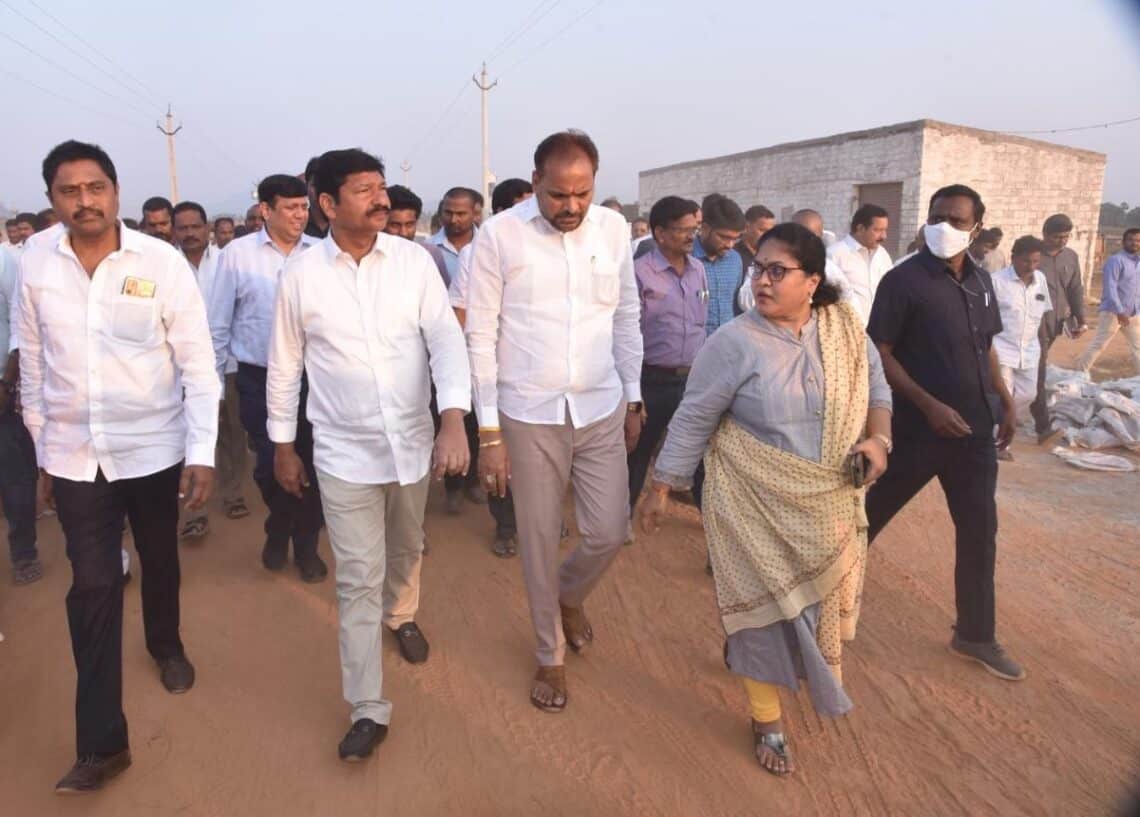 
Minister for Housing Jogi Ramesh inspecting the works at the Jagananna layout in Gunkalam on the outskirts of Vizianagaram on Tuesday
| Photo Credit: SPECIAL ARRANGEMENT

Mr. Ramesh visited the Gunkalam layout in the district where Mr. Pawan Kalyan had earlier, on November 13, addressing the public, criticised the government and made allegations that the infrastructure in the layout was poor.

The Minister said Mr. Pawan could not make even a single beneficiary speak against the government as all 12,216 of them were happy with the progress of the housing project. He said the government’s objective to build houses for 30 lakh families would be achieved by the end of 2023.

Mr. Ramesh said that the progress of the Gunkalam layout looked good with the completion of the approach road to the national highway. Special Chief Secretary Ajay Jain, Collector A. Suryakumari, Joint Collector Mayur Ashok and others were also present.

Iran releases football players ahead of World Cup match against the U.S.