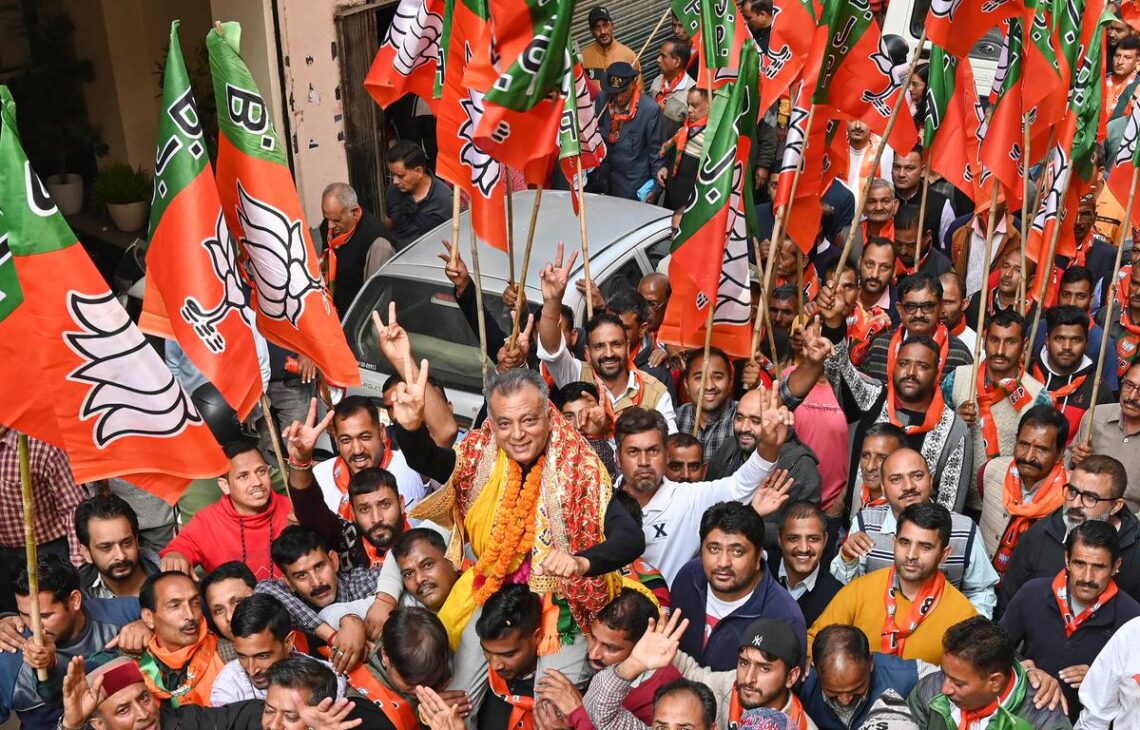 As the Bharatiya Janata Party (BJP) and the Congress lock horns in the electoral battle for Himachal Pradesh, rebellions in both parties over denials of candidature have pushed the leadership uneasiness on the edge. A total of 551 nominations  have been filed so far with October 25 being the last date and October 29 the final date for withdrawal of nominations. Close to a dozen candidature aspirants from both the Congress and BJP, who were disgruntled over candidate selection have filed their nominations as Independent candidates.

The Tamil Nadu government on Wednesday decided to make a recommendation to the Union government to transfer the investigation into the Coimbatore car explosion case to the National Investigation Agency (NIA). The decision made during a high-level meeting chaired by Tamil Nadu Chief Minister M.K. Stalin at the Secretariat was taken “since there are chances of inter-State dimensions and international connections in such cases,” an official release issued by the State government said.

The speech made by Kerala Finance Minister K.N. Balagopal at a function in Kerala University last week triggered a controversy as Kerala Governor Arif Mohammad Khan objected to it and sent a letter to Chief Minister Pinarayi Vijayan stating that he had withdrawn his “pleasure” on Mr. Balagopal. Here are the relevant excerpts of Mr. Balagopal’s speech.

In the run-up to the Assembly poll in Gujarat, AAP chief Arvind Kejriwal on Wednesday appealed to Prime Minister Narendra Modi to print images of Hindu deities Ganesh and Lakshmi on the Indian currency to “improve” India’s economy and for country’s “progress”. Mr. Kejriwal said that the idea came to him when he was doing pooja on Deepavali on Monday and added that putting the images alone was not enough, but it had to be done along with other efforts.

West Bengal Chief Minister Mamata Banerjee, who is also in charge of the Home portfolio, will not attend the two-day meeting of Home Ministers of the States convened by the Centre at Surajkund in Haryana, a senior official said on Wednesday.

IT Ministry asks WhatsApp for cause of Tuesday’s services outage

The IT Ministry is learnt to have asked Meta-owned WhatsApp to share reasons behind Tuesday’s service outage of the messaging platform. However, an email sent to WhatsApp on the issue did not elicit a response. WhatsApp services snag on Tuesday had left users complaining about not being able to send or receive text and video messages, and services had resumed after nearly two hours.

The Indian Space Research Organisation (ISRO) is working on a series of improvements to the NavIC, or India’s equivalent of the Global Positioning System (GPS), so that more people are motivated to install it and use it. Plans are also afoot to make its reach global rather than circumscribe it to India and a limited territory around it, said S. Somanath, Chairman, ISRO on the sidelines of the India Space Congress on Wednesday.

The Finance Ministry on Wednesday extended the deadline for filing income tax returns for the assessment year 2022-23 by businesses till November 7. The last date for filing ITR by companies who are required to get their accounts audited was October 31.

China launches a COVID-19 vaccine inhaled through the mouth

The Chinese city of Shanghai started administering an inhalable COVID-19 vaccine on Wednesday in what appears to be a world first. The vaccine, a mist that is sucked in through the mouth, is being offered for free as a booster dose for previously vaccinated individuals, according to an announcement posted on an official city social media account.

Gunmen attacked a major Shia holy site in Iran on Wednesday, killing at least 15 people and wounding dozens. The attack came as protesters elsewhere in Iran marked a symbolic 40 days since a woman’s death in custody ignited the biggest anti-government movement in over a decade.

Pakistan Prime Minister Shehbaz Sharif will be the first head of government to visit Beijing next week to felicitate Chinese President Xi Jinping, who secured a record third five-year term at the recent Congress of the ruling Communist Party.

India will take on the Netherlands in the ICC T20 World Cup Super 12 Group 2 match on Thursday. After the euphoric high of the last-ball four-wicket victory over Pakistan at Melbourne, Rohit Sharma’s men have to quickly get on with their campaign.

Boxing | Indian team is probably the most hardworking I have seen: Dunne

Bernard Dunne, the newly-appointed high-performance director of Indian boxing, is impressed with the talented and hardworking boxers of the country and wants to guide them to Olympic success in Paris 2024. The 42-year-old Irishman, a well-known professional boxer who trained the Irish boxers to World and Olympic medals in the last five years, feels the main challenge for him will be to check the Indian pugilists from overtraining.